Sri Petaling Line LRT and the

KTM Komuter, one monorail line known as the

KL Monorail, and an airport rail link to the Kuala Lumpur International Airport (KLIA) and klia2, which consists of the

KLIA Ekspres and the

In summary, the Klang Valley Integrated Transit System consists of the following rail systems that operate seamlessly together. 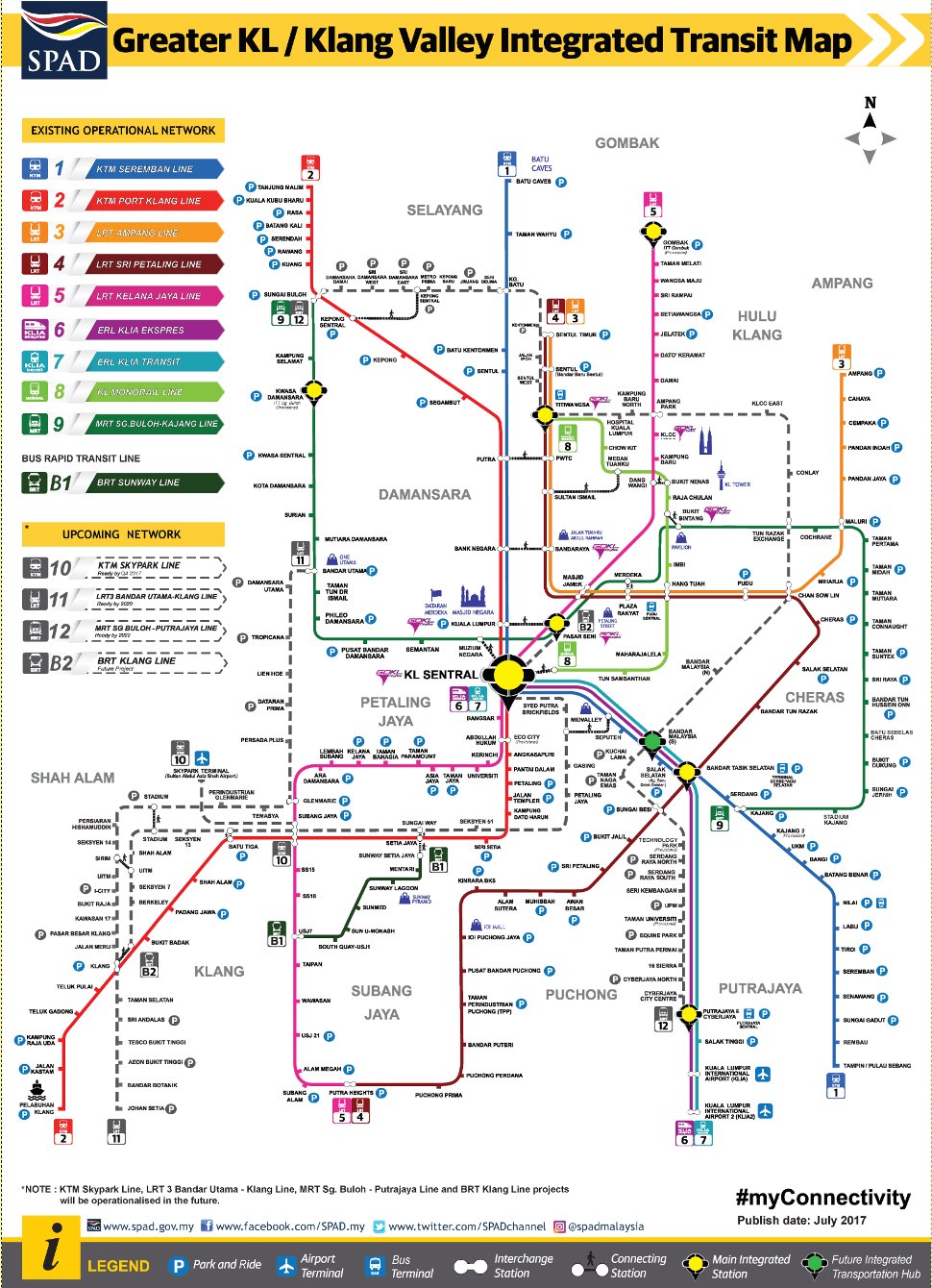 Tool for the Travellers

Here are some more planning tools you may find useful for your trip.

Initially, different competing companies had operated the various systems and had developed these rail systems separately and at different times. As a result, many of these rail lines do not integrate well with the others or with the overall rail system itself, making transferring from system to system inconvenient for the passengers.

Since 28 November 2011, the paid areas of shared stations along the Kelana Jaya Line LRT, Ampang and Sri Petaling line LRTs, plus the KL Monorail from 1 March 2012, have been integrated physically under a common ticketing system, effectively making those stations into interchange stations.

With the addition of the latest rapid transit line on 17 July 2017, the MRT Sungai Buloh-Kajang line, the integrated system has been further expanded to enable commuters to transfer between lines the interchange stations without buying a new ticket each time.

However, the fare integration for the Rapid KL rail integrated system does not include other rail systems such as KTM Komuter and Express Rail Link. 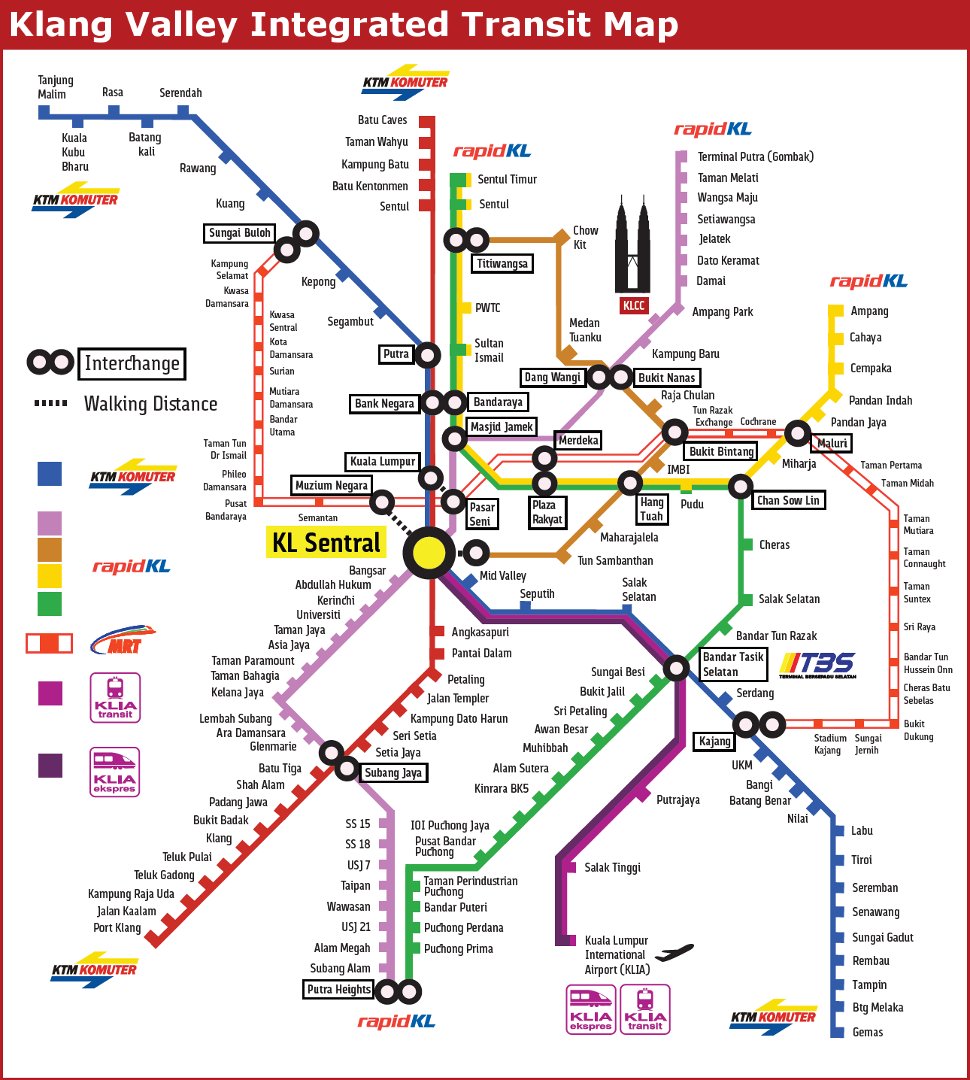 The KTM Komuter was introduced in 1995 as the first rail transit system to provide local rail services in Kuala Lumpur and the surrounding Klang Valley suburban areas. Light rapid transit and monorail line were introduced later on as to serve urban Kuala Lumpur area and its satellite cities. 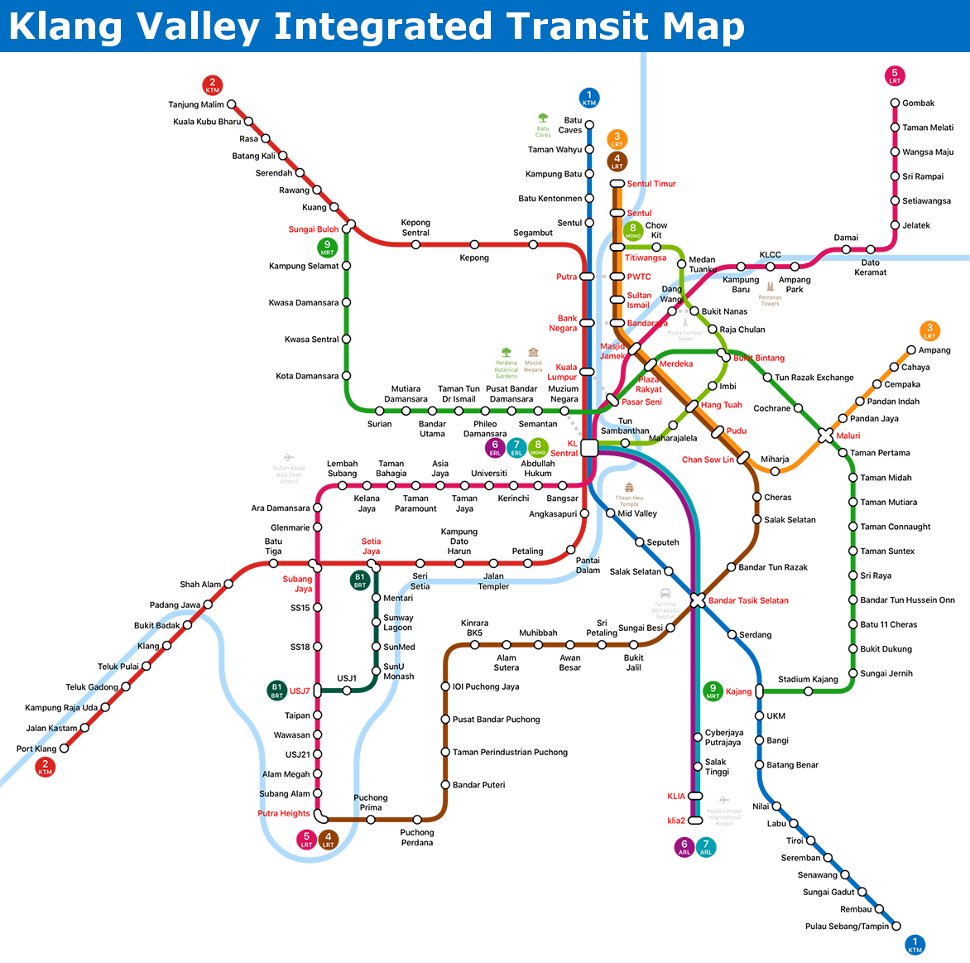 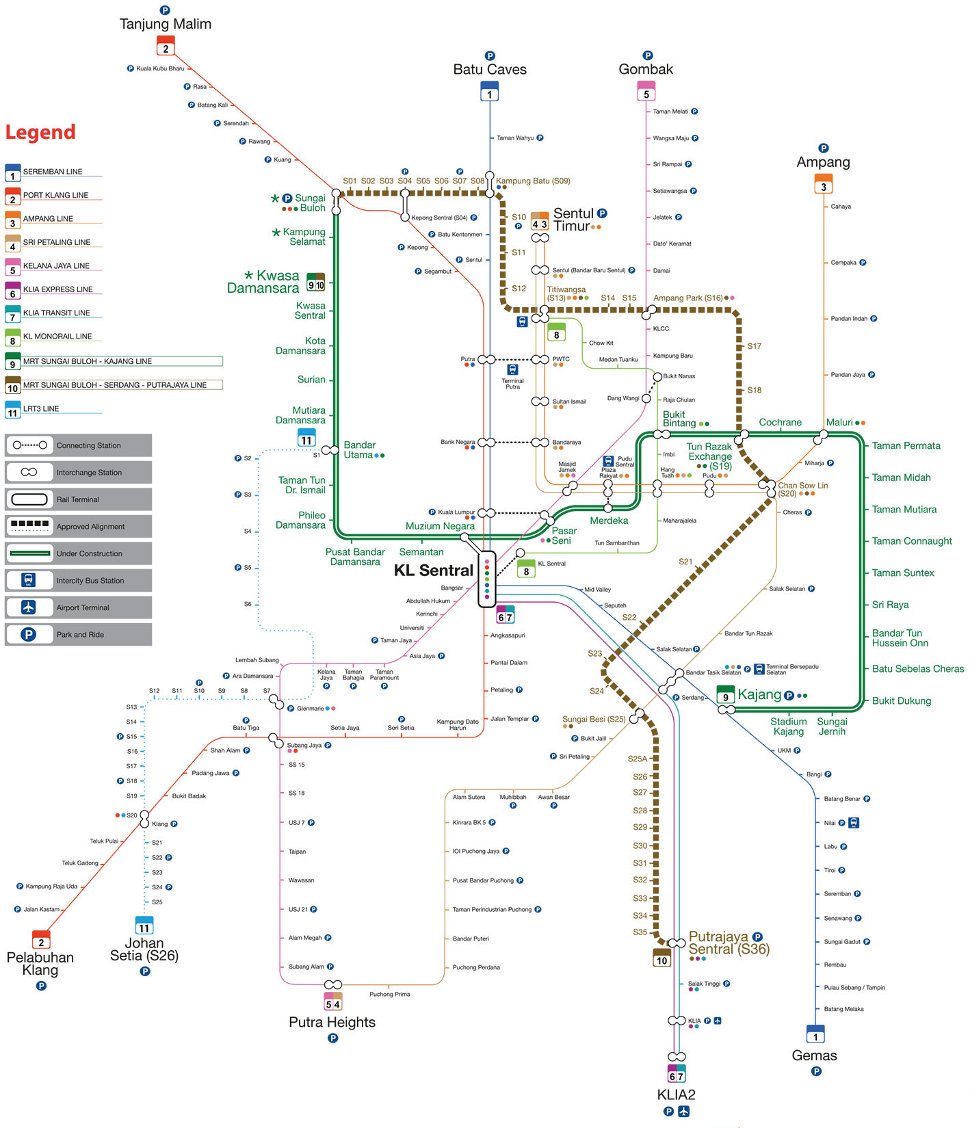