The interchange station serves as both a stop and interchange for KTM Komuter, Ampang Line LRT, and the Express Rail Link (ERL)’s KLIA Transit trains, and RapidKL buses. 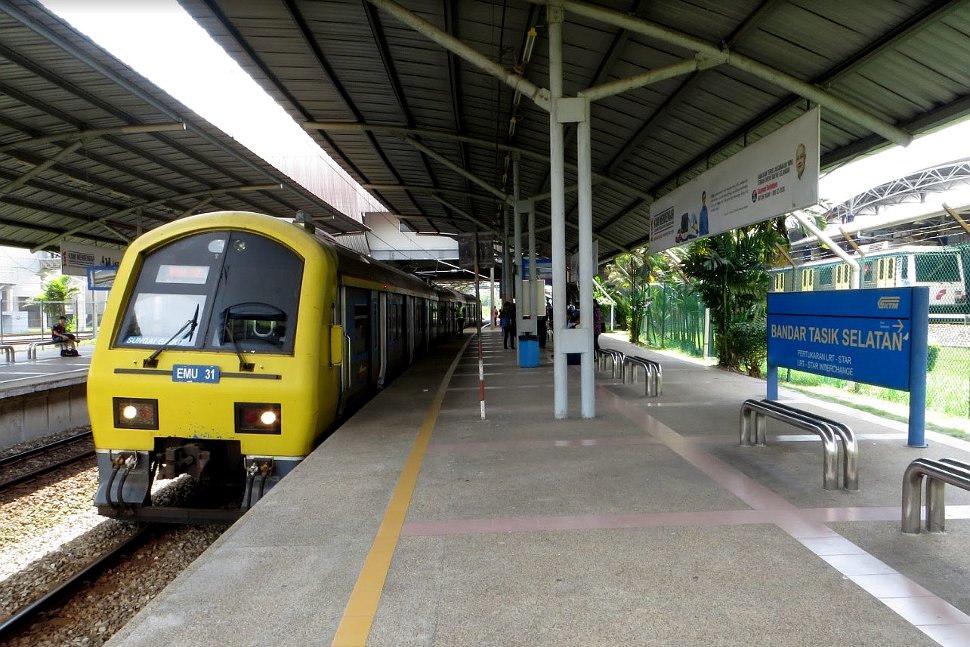 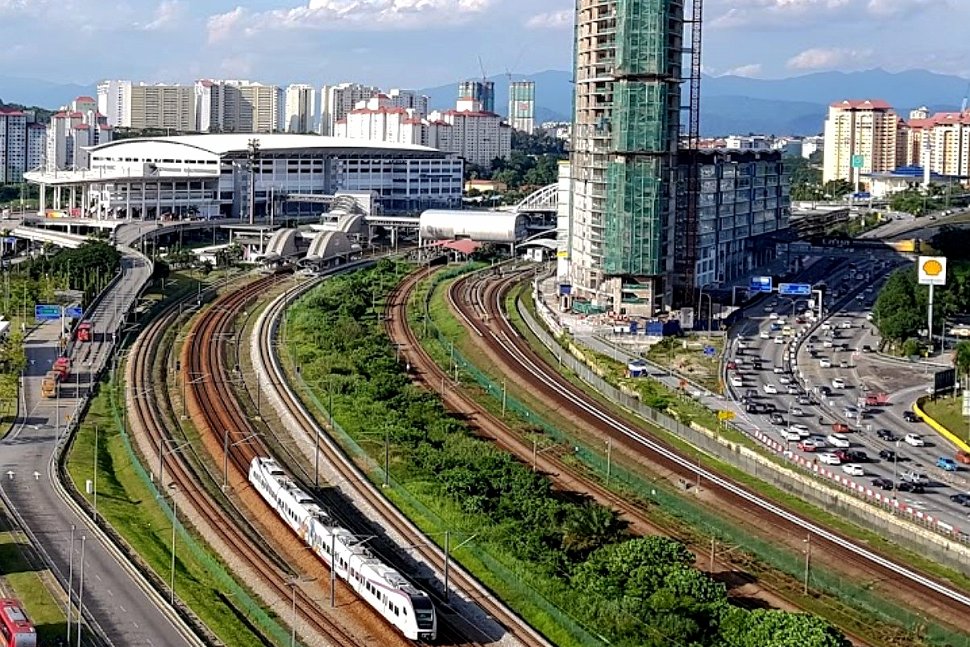 The Bandar Tasik Selatan stop was formed with the completion of a KTM Komuter regional rail halt, as part of the second phase of the electrified Batu Caves – Tamping / Pulau Sebang Line (between Kuala Lumpur and Kajang) opening on 10 November 1995. 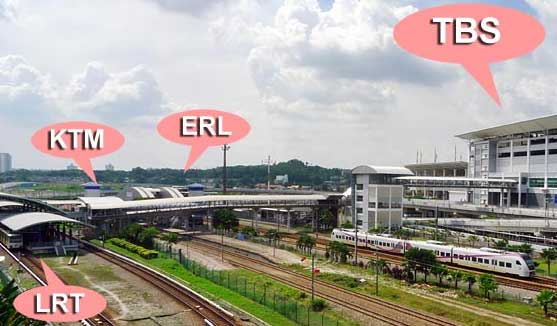 Bandar Tasik Selatan ERL station on the left side 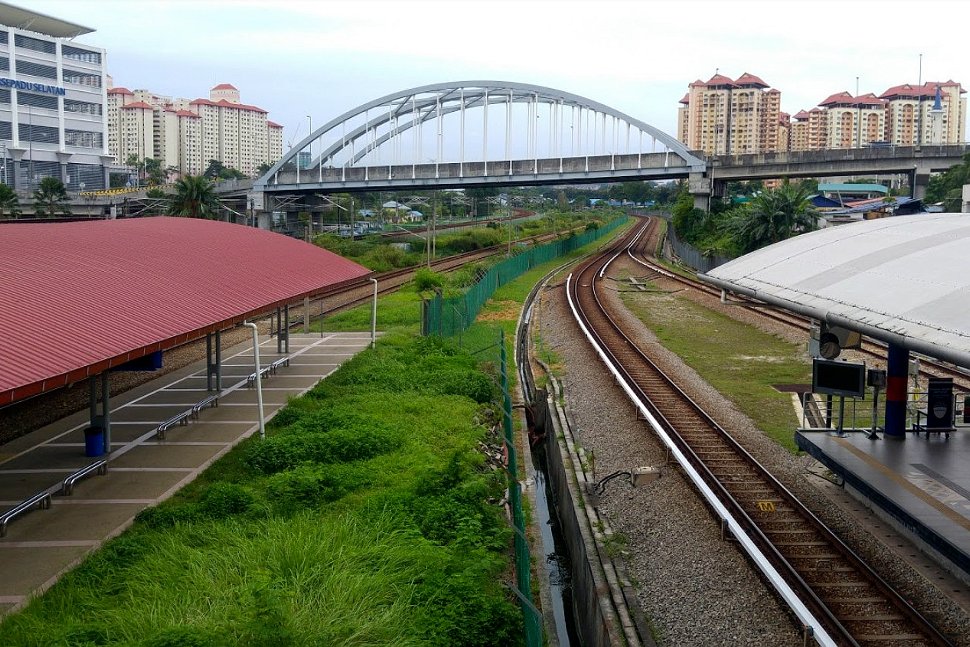 Tasik Selatan LRT station on the right side 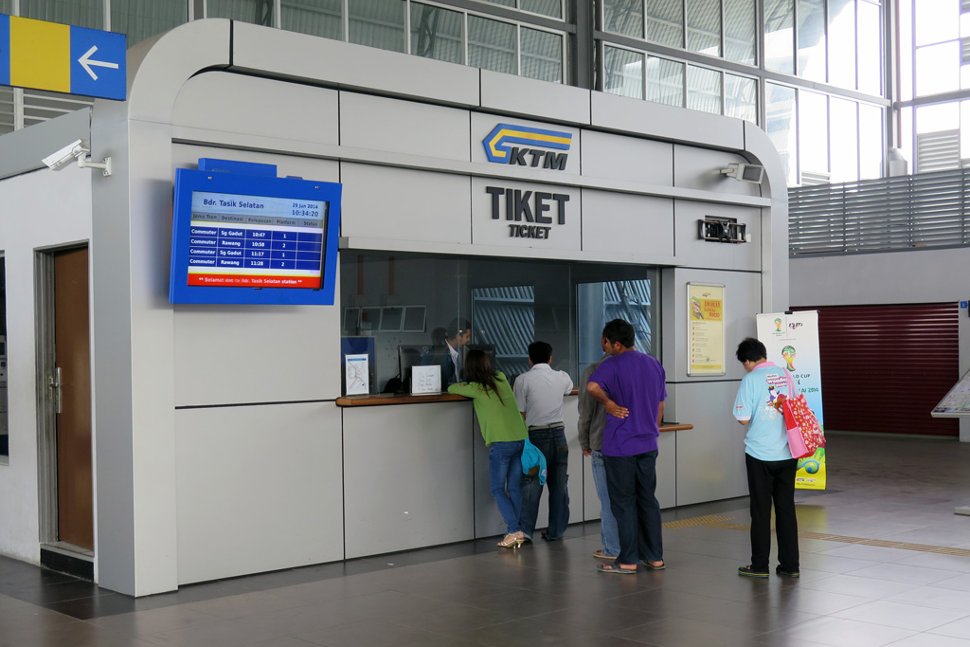 Ticket counter at the KTM station

The station was the first in the stop to be accessible from Kuala Lumpur Middle Ring Road 2 (MRR2), but its facilities were rudimentary, consisting of only two raised side platforms lined along a curved double track, a footbridge, and an elevated ticket area that initially provided only ticket vending machines.

Facilities for the purchase and reloading of Touch ‘n Go cards are also provided in the interchange.

The various levels of the halt are also linked primarily via staircases or escalators, rendering the halt unfriendly to disabled users.

In 2006 and 2007, renovations works were made to expand the ticket area of the halt, and add a larger concourse area with a manual ticket counter.

In addition, existing shelters along the platforms were replaced by large canopies during the middle of 2007, in conjunction with 2006 and 2007 canopy upgrades at most Komuter stations built or upgraded circa 1995. 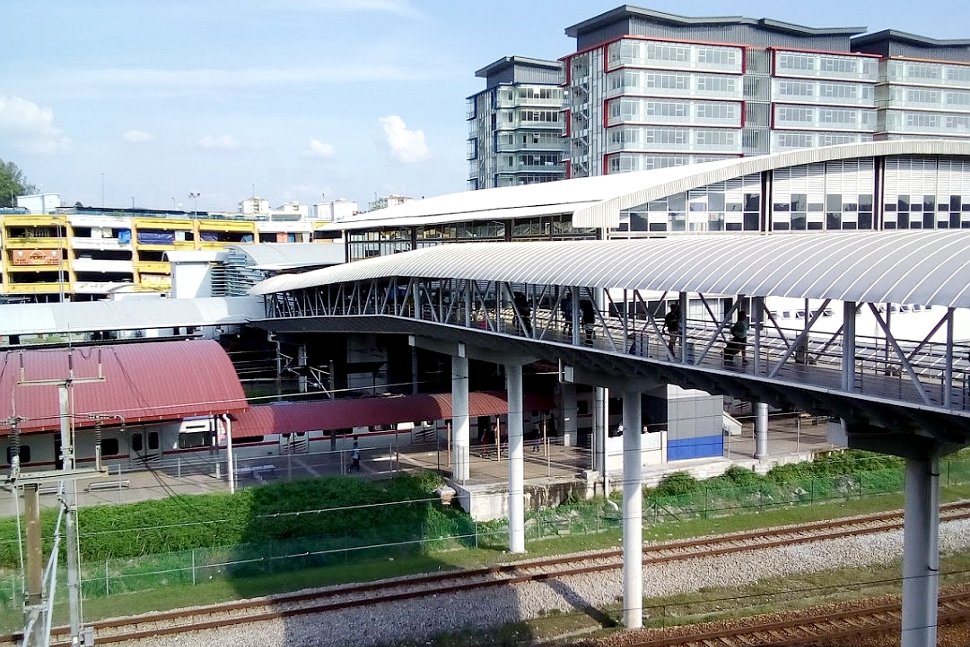 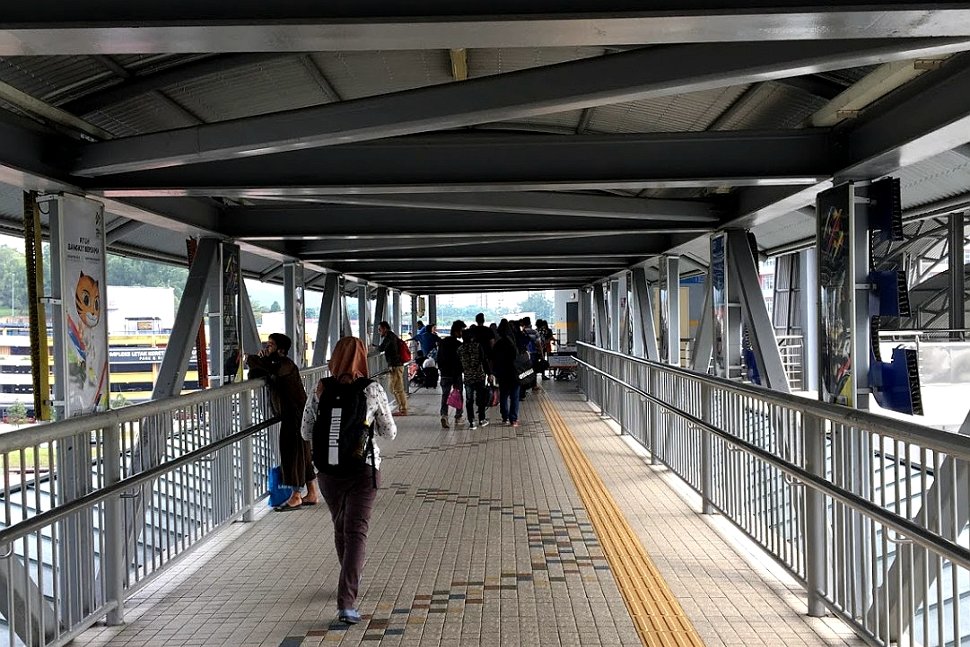 Passengers walking on the pedestrian bridge

The train starts at Bandar Tasik Selatan at 5:35am, running non-stop express to KL Sentral, arriving at 5:49am.

The train then leaves KL Sentral at 6:15am and runs as a normal Port Klang Line train to Tanjung Malim, stopping at every station before terminating at Tanjung Malim at 7:44am. Passengers entering through the faregates 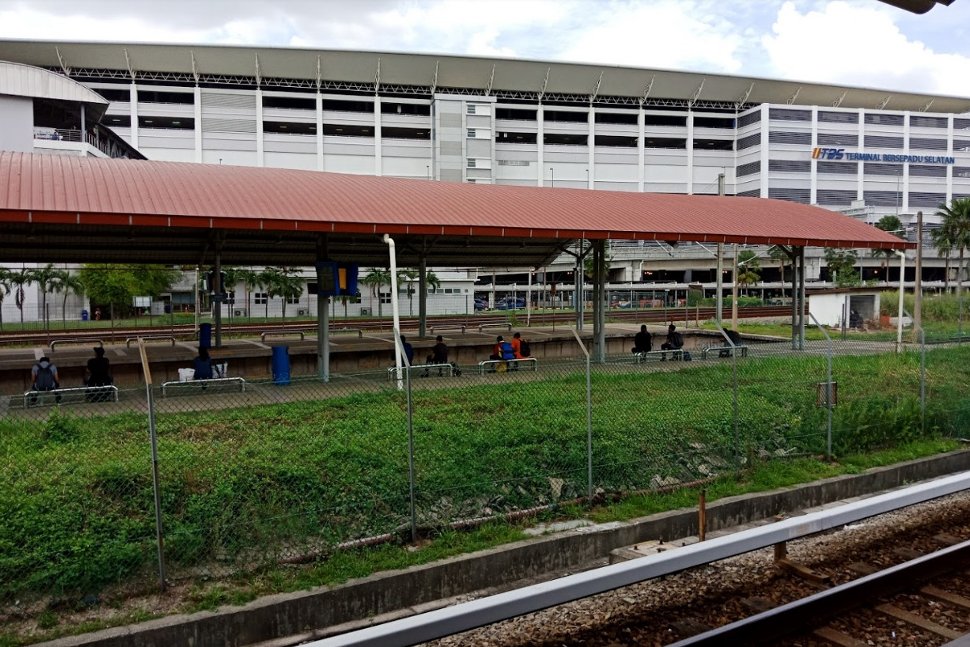 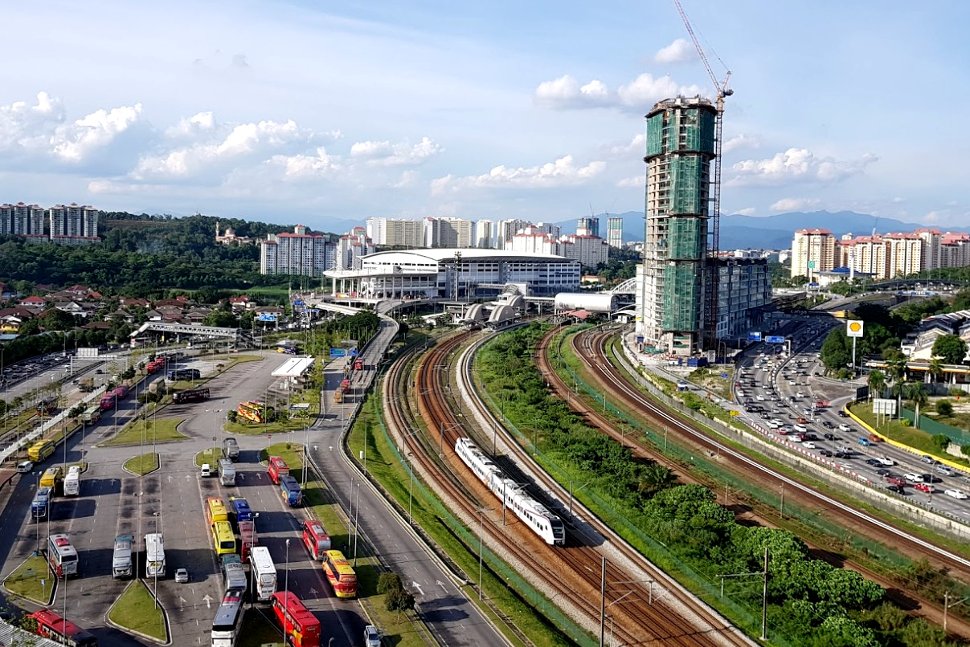 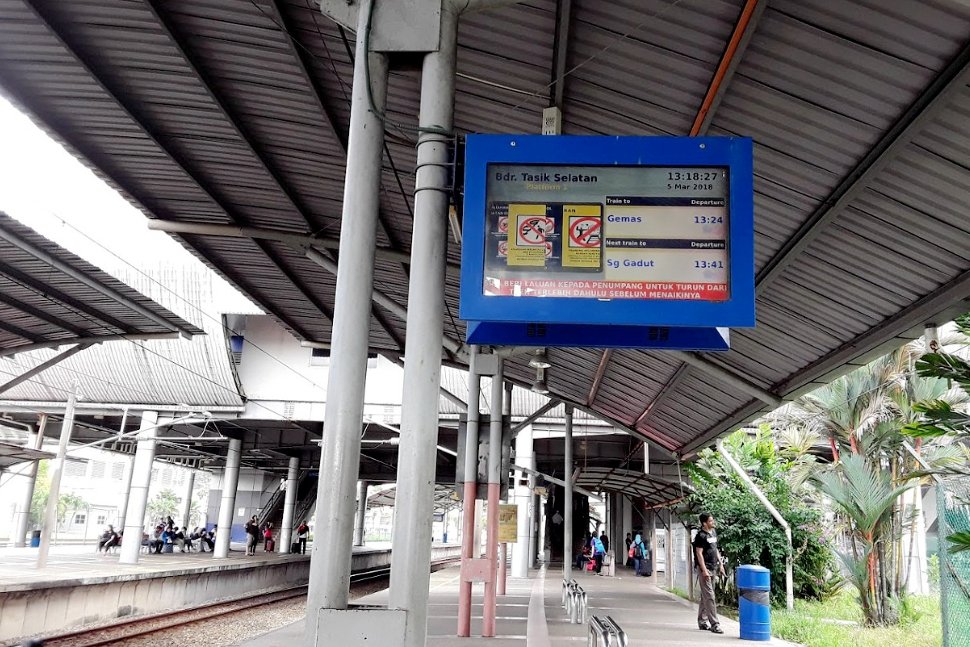 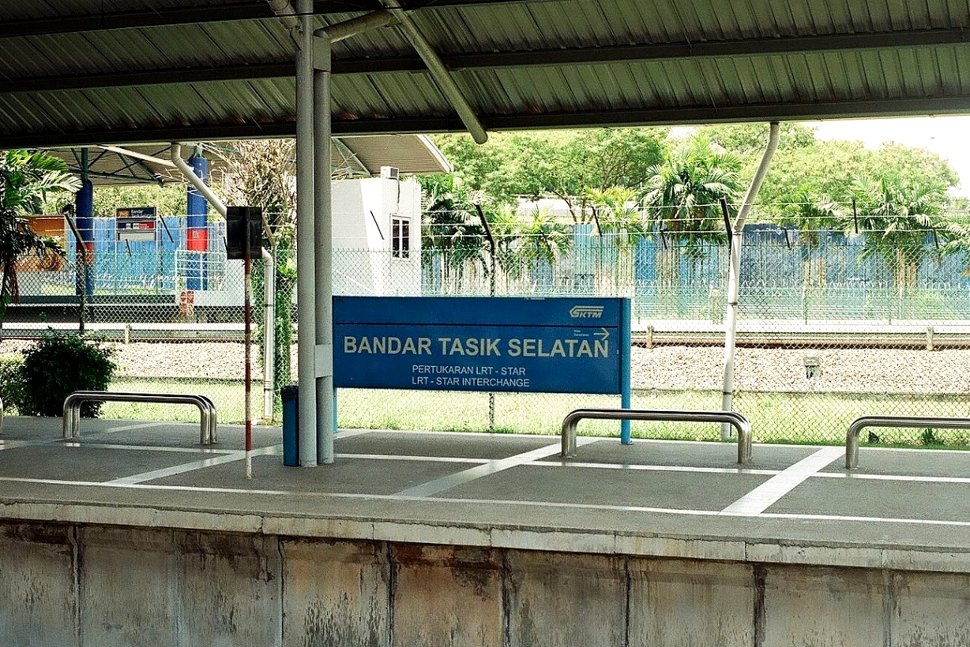 Signboard at the KTM station