This station acts as a terminating stop for the KL Monorail line.

The station uses the Spanish solution, having one rail line with a platform on each side, for passengers embarking and disembarking the train separately.

It is equipped with new ticket vending machines, ticketing gates as well as a new Customer Service Office.

Despite its proximity to the building, passengers must walk a 410-metre path through the Nu Sentral shopping mall. 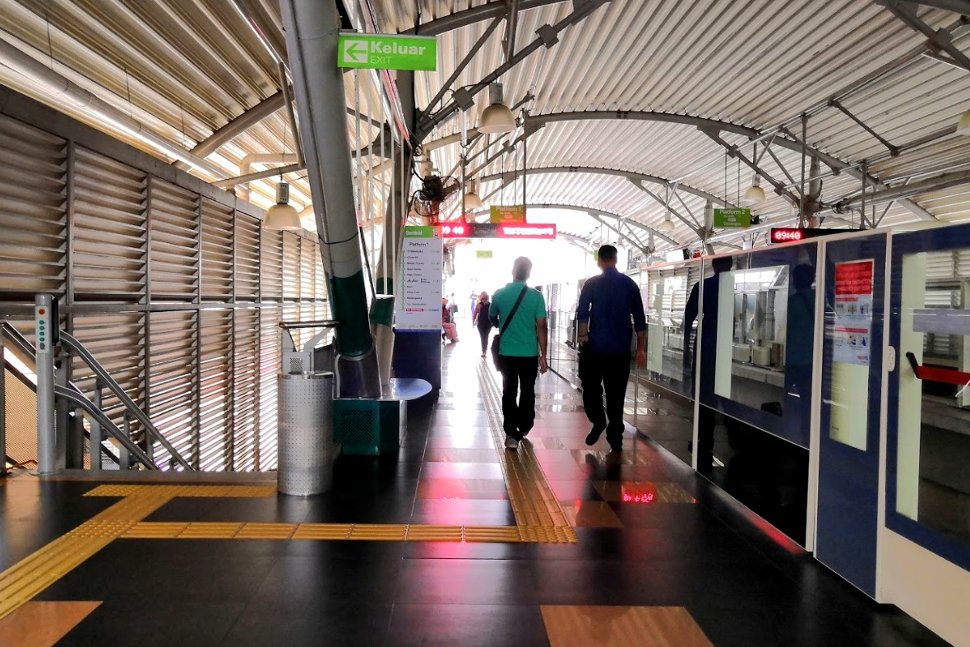 Train boarding platform at the station 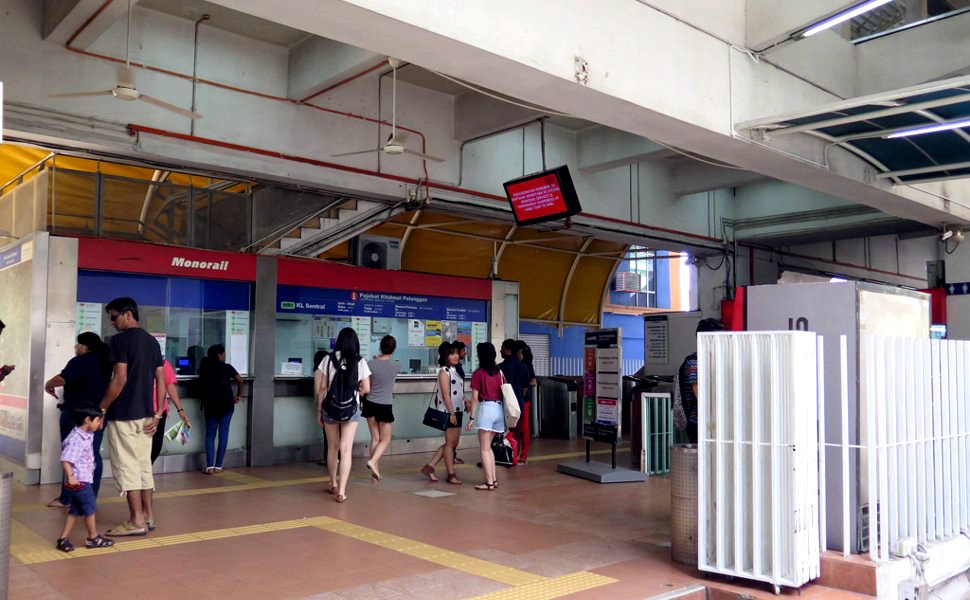 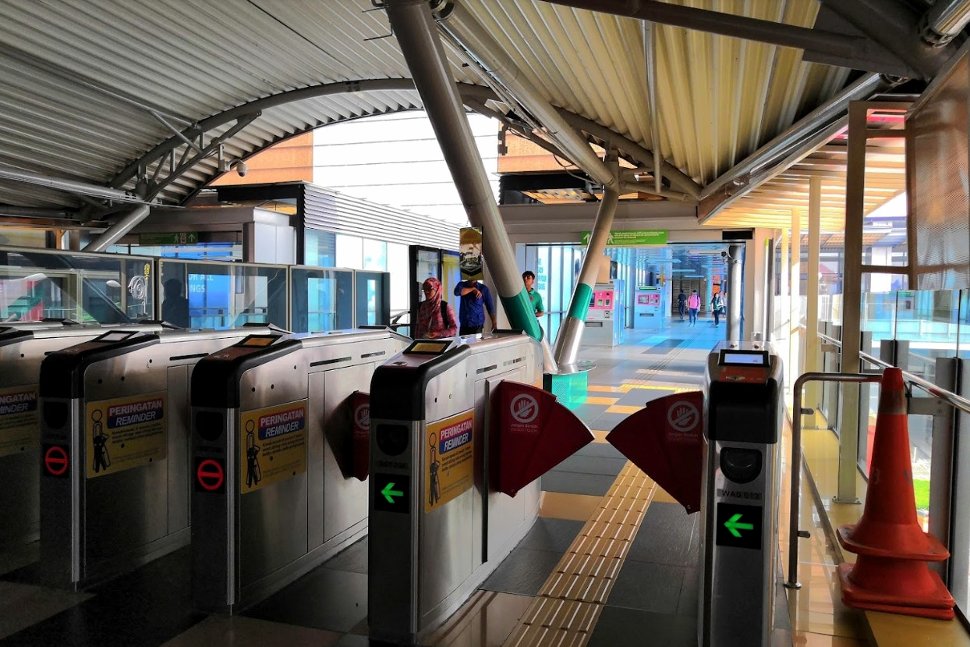 Exit of the station that leads you to Nu Sentral 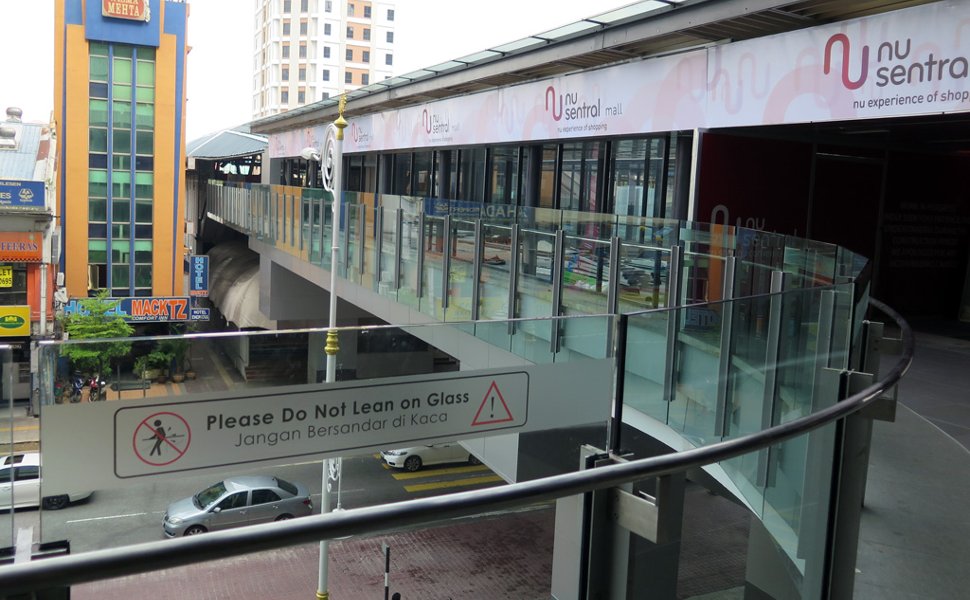 Uninterrupted walking between Nu Sentral and the monorail station

The station also plays host to Komuter trains for intercity travel, and express trains to the Kuala Lumpur International Airport (KLIA) and klia2.

When it comes to food, retail and entertainment offerings, this station also has an attached mall, Nu Sentral, with brands like H&M, Uniqlo and Sephora spread across its eight floors. 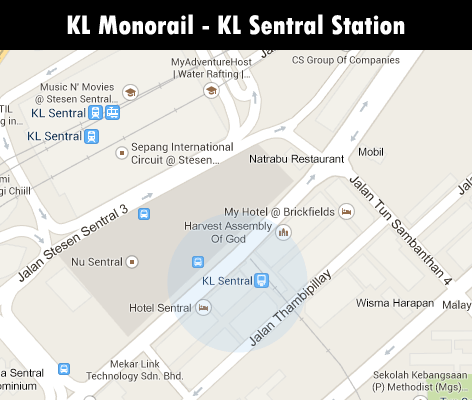 The completion of the overhead bridge, passing through the Nu Sentral, enables customers to travel between KL Sentral and the monorail station safely and conveniently. Nu Sentral is the shopping mall in this area, and directly acts as a pathway between Stesen Sentral and the KL Sentral monorail station. 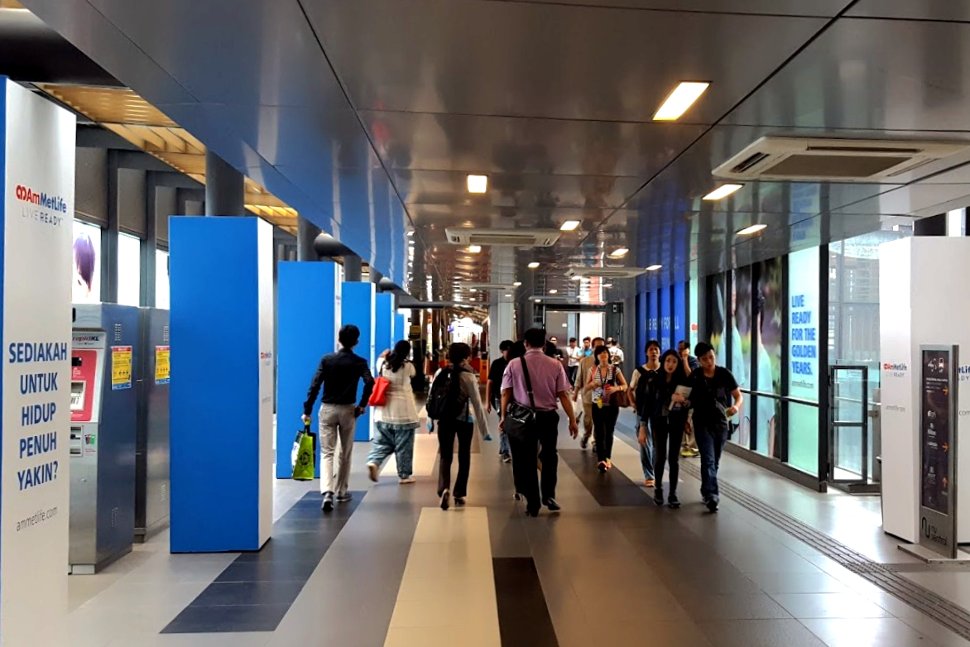 Commuters walking toward the station from Nu Sentral Nu Sentral shopping mall next to the monorail station 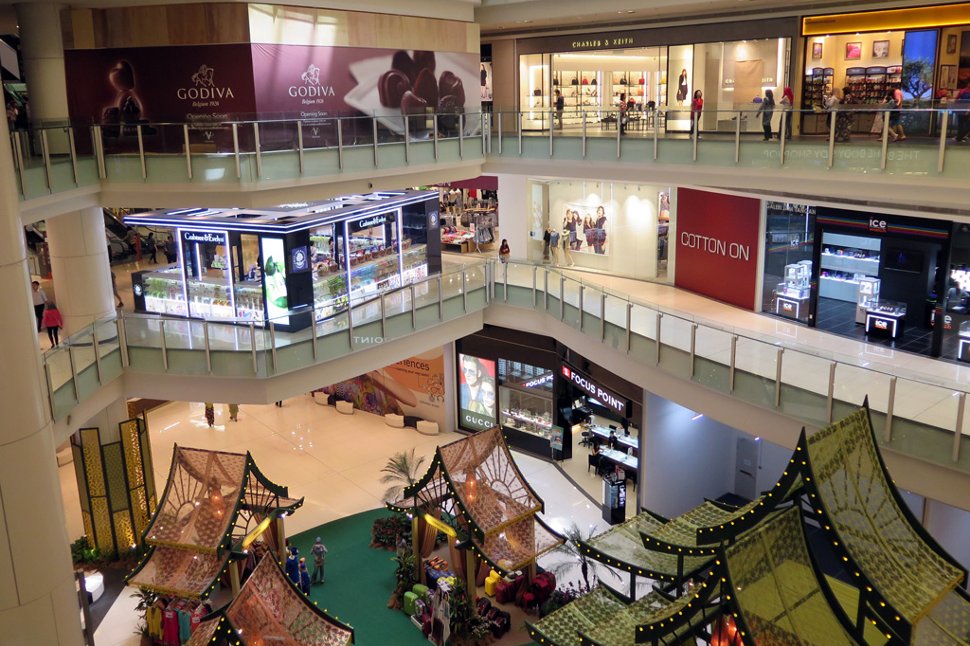 The completion of the Nu Sentral enables customers to walk to KL Sentral from the monorail station safely and conveniently.

At the Stesen Sentral Kuala Lumpur transport hub, you can find many transportationi options such as the KLIA Ekspres, KLIA Transit train, KTM Komuter, RapidKL LRT, and taxi services. 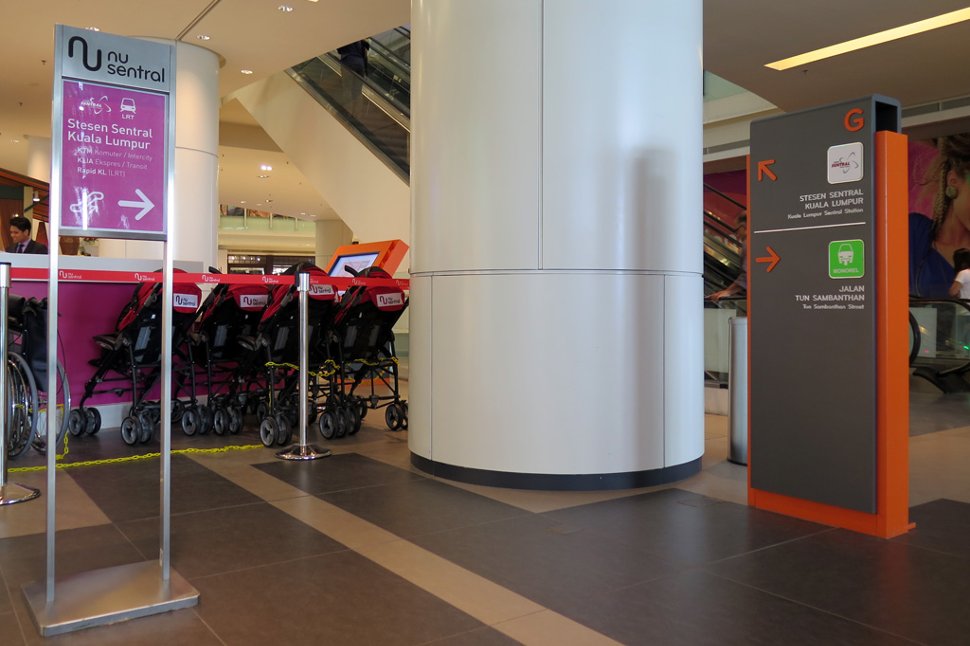 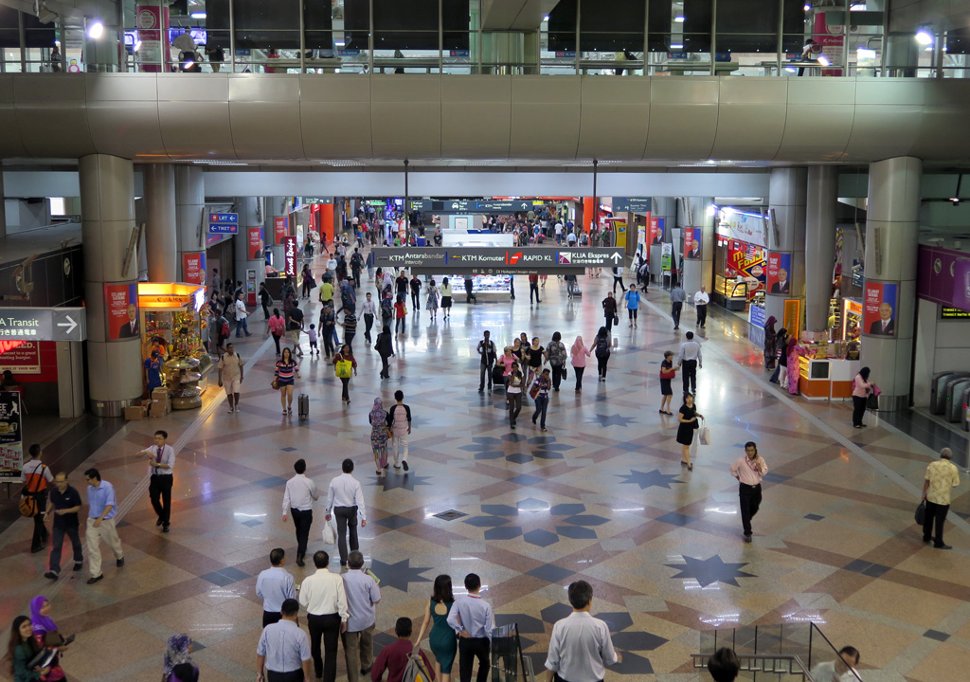 KL Sentral as a bus hub

KL Sentral has also been made a city bus hub by rapidKL as part of its bus network revamp.

Buses to Singapore and to the Kuala Lumpur International Airport 2 (klia2) operate from KL Sentral, while most other bus operators go near KL Sentral along Jalan Tun Sambanthan.

Also a hop-on hop-off tourist bus stop is located between Hilton and the station. Commuters queuing up for the bus 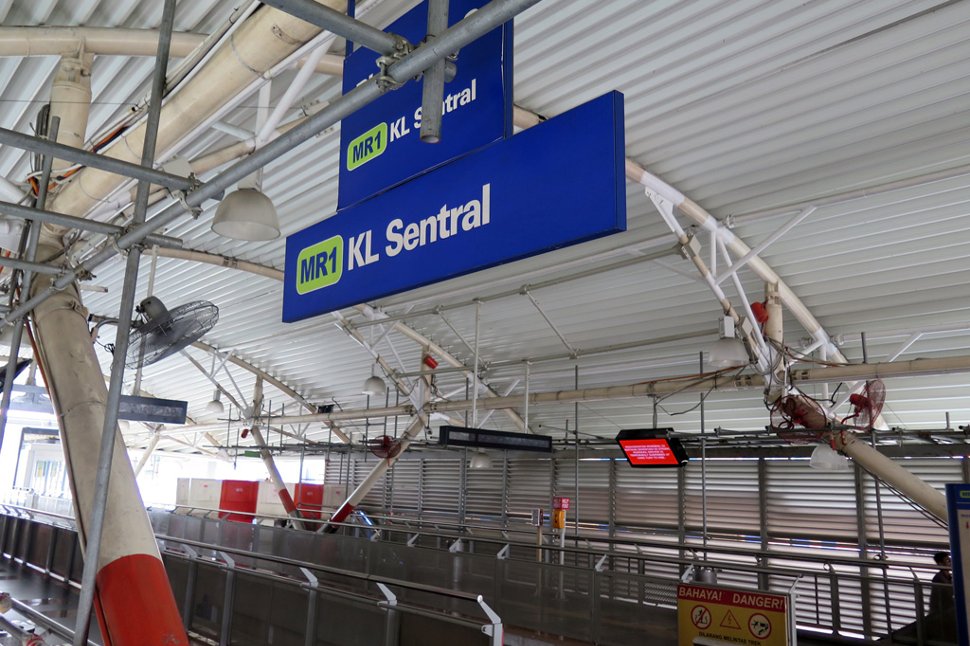 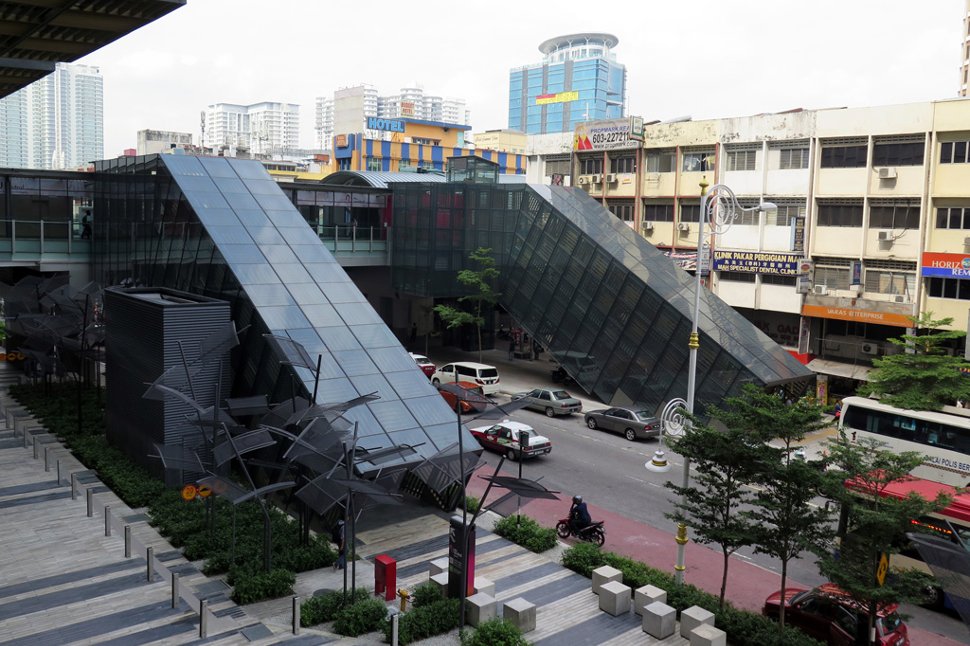 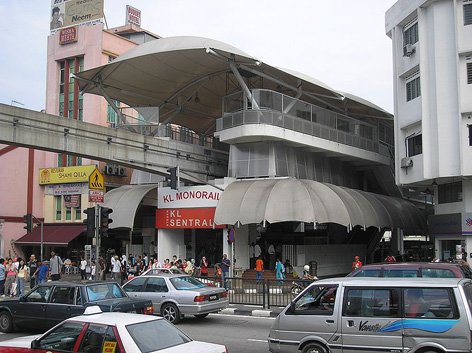