The Muzium Negara MRT station is an underground Mass Rapid Transit (MRT) station in Kuala Lumpur, Malaysia on the MRT Kajang Line. It is located beneath Jalan Damansara in front of the Muzium Negara, which gave the station its name.

Similar to Pasar Seni MRT station and Bukit Bintang MRT station, the exterior of the above-ground station entrances are influenced by quartz crystals found at Bukit Tabur quartz range in Gombak, Selangor, just outside the northeastern limits of Kuala Lumpur.

As with the other underground stations of the MRT Kajang Line, the Muzium Negara MRT station was given a unique interior design theme, which was the History of public transportation in Kuala Lumpur, in view of its proximity to the National Museum.

The station is located beneath Jalan Damansara to the southwest of the historical city center of Kuala Lumpur. It is located to the north of and adjacent to, but not within, the KL Sentral development.

Although located near KL Sentral, it is not part of the complex. It is however linked via a 240-metre pedestrian walkway to KL Sentral.

The station has 3 entrances / exits, of which 2 lead to both sides of Jalan Damansara while the last one connects to the pedestrian link way which leads to the KL Sentral station and other buildings in the KL Sentral development.

The KL Sentral – Muzium Negara MRT station pedestrian link way leads directly to the station paid area and does not allow any passing through to access the Muzium Negara.

The reverse applies for pedestrians going from the Muzium Negara to KL Sentral.

The entrance A accommodates access to the St Regis Kuala Lumpur, and Menara CIMB. 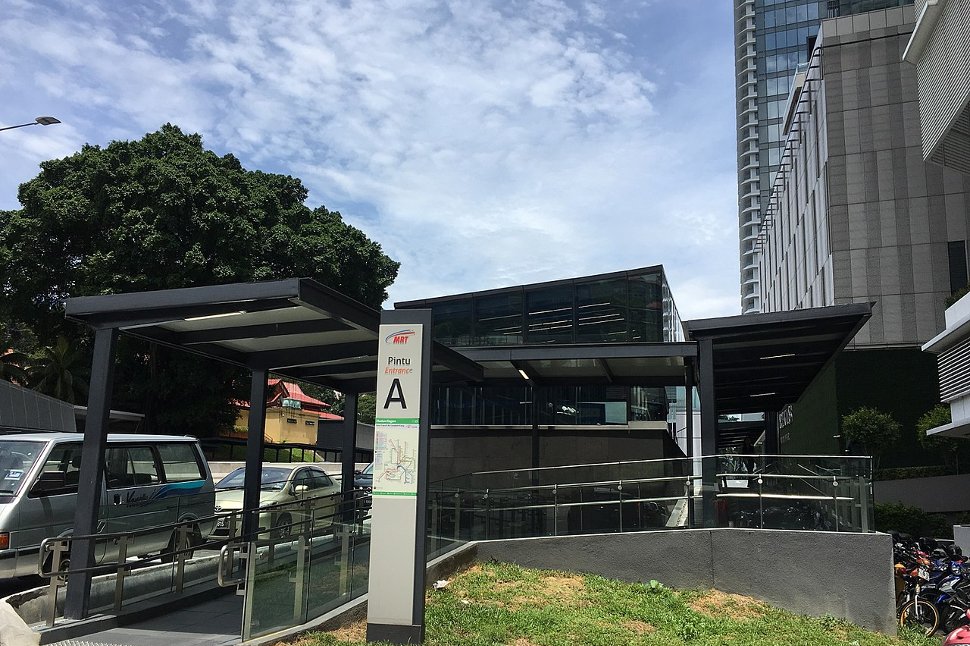 Entrance A located at south side of Jalan Damansara

Entrance B, which is the main entrance, is located directly in front of the Muzium Negara. The entrance B accommodates access to Muzium Negara, Malay World Ethnology Museum, Museums Department of Malaysia, Tasik Perdana (Lake Gardens), and the Majestic Hotel Kuala Lumpur. 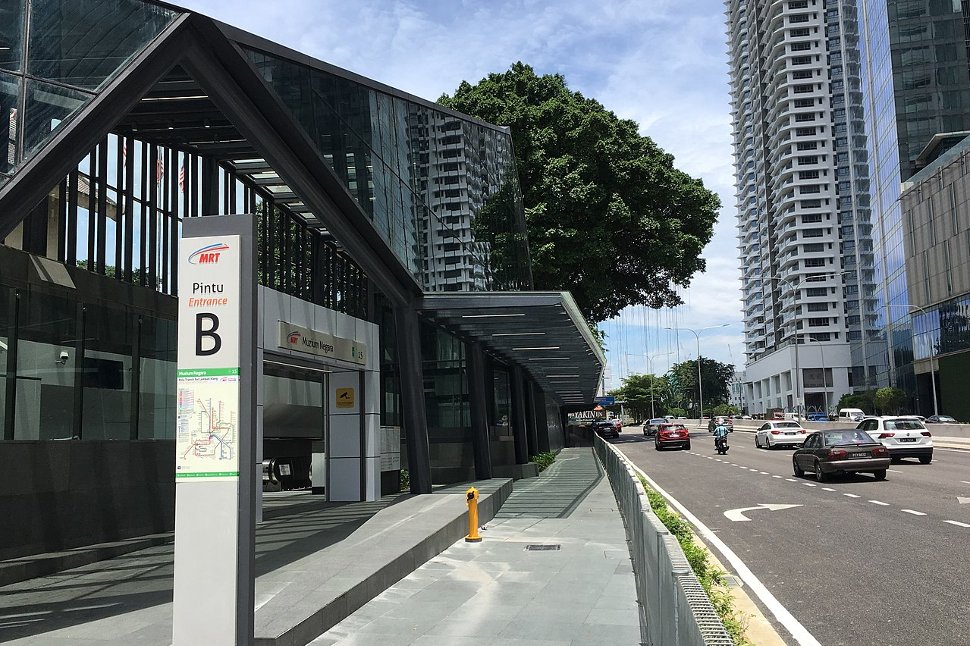 Entrance B located at north side of Jalan Damansara 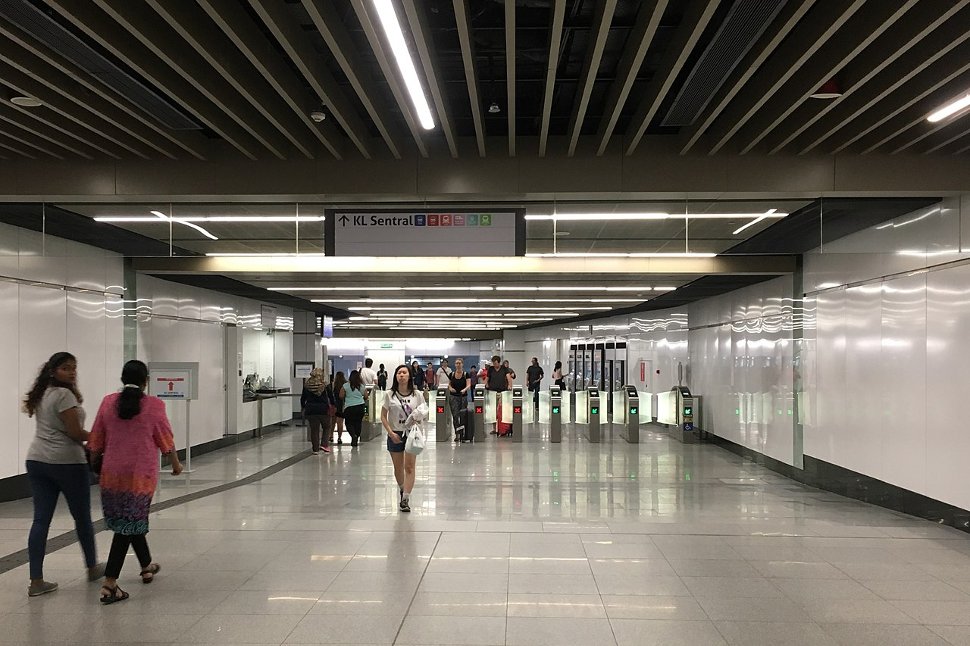 The station is located beneath Jalan Damansara to the southwest of the historical city center of Kuala Lumpur. It is located to the north of and adjacent to, but not within, the KL Sentral development.

To the north of the station is the Muzium Negara while to the nearest buildings to the south of the station are Menara CIMB, Q Sentral and St Regis Kuala Lumpur, which are part of the KL Sentral development. 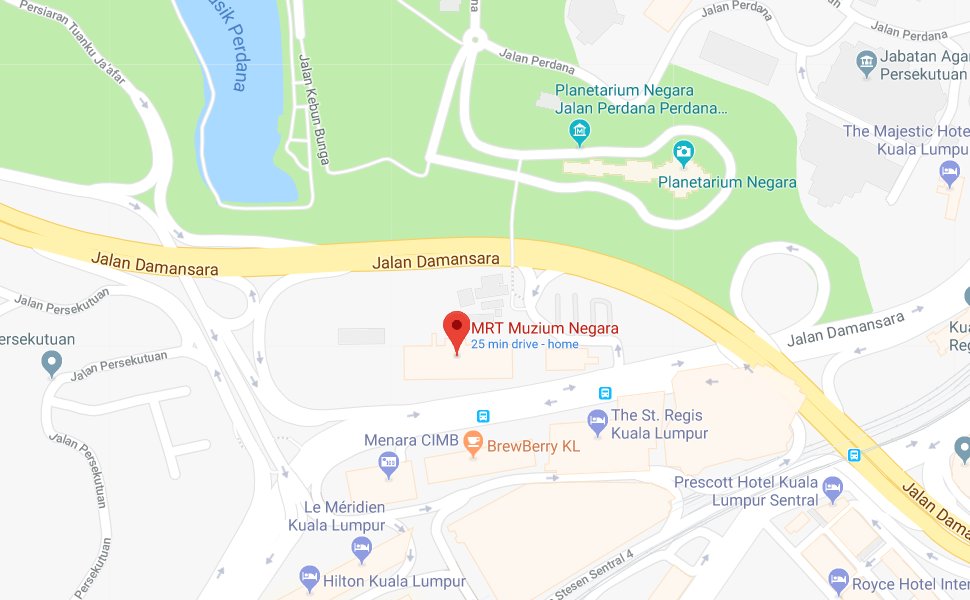 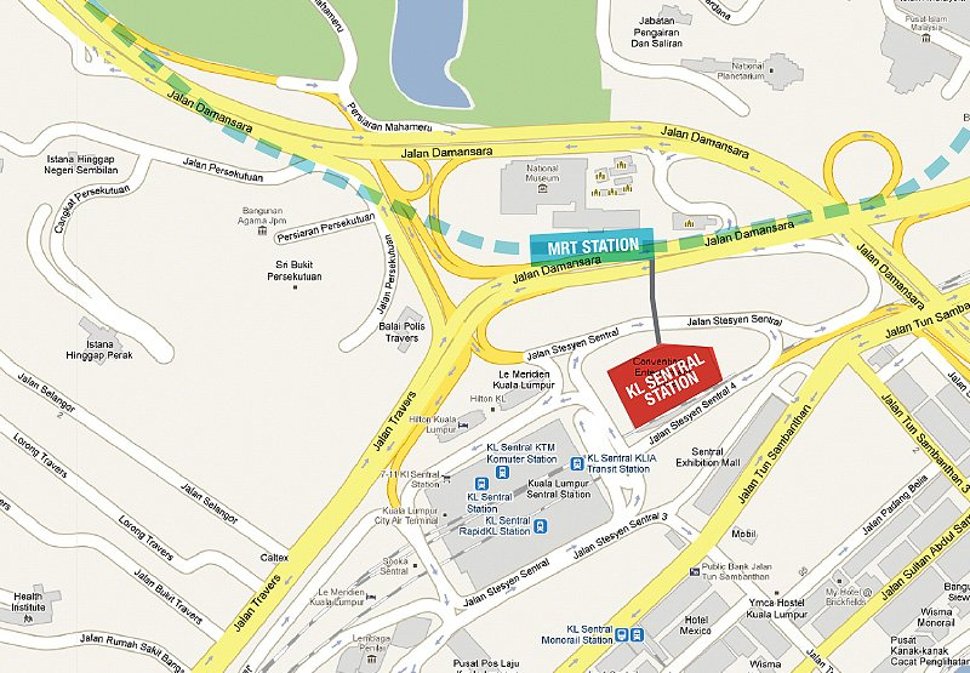 The Muzium Negara MRT station provides following facilities and services for your convenience. 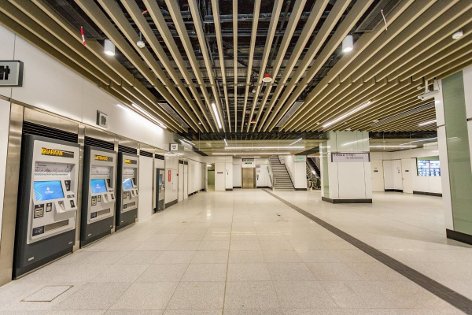 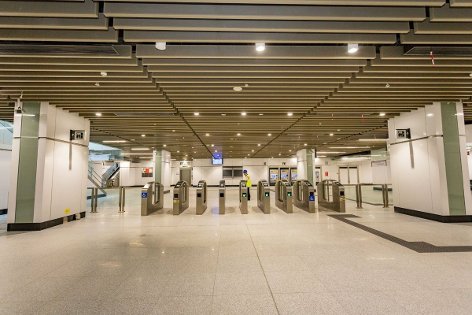 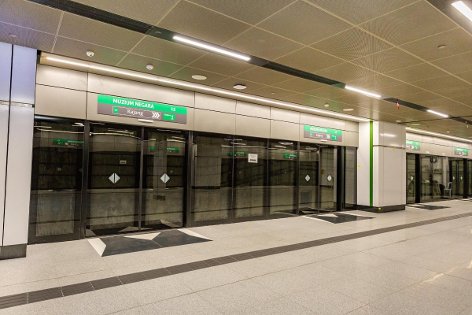 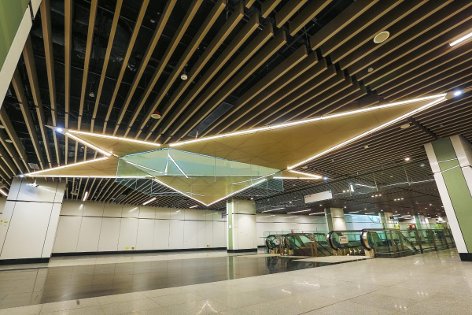 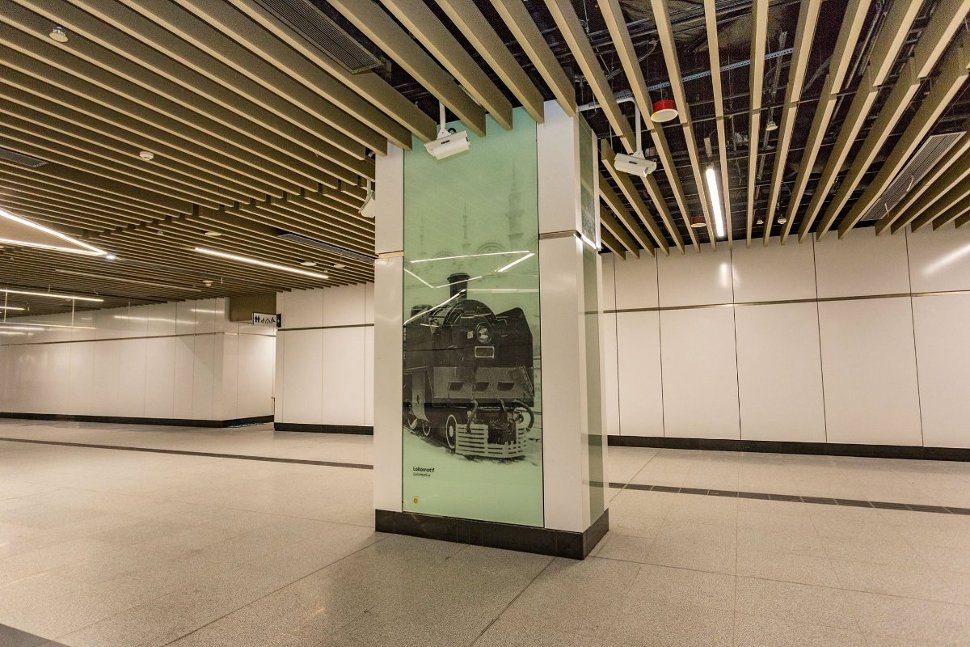 Modes of public transport from yesteryear

At 24m deep, this station is connected to KL Sentral via an underpass that crosses Jalan Damansara, before re-emerging on the other side in the form of an overhead bridge to KL Sentral.

This is due to Muzium Negara station being located outside the borders of the KL Sentral development project, as well as the different rail operators in KL Sentral (and hence different ticketing systems).

From Muzium Negara MRT station, the pedestrian link begins after the fare gates at entrance C where there are three flights of escalators which bring pedestrians to an elevated walkway above Jalan Stesen Sentral 5.

The walkway is connected to various buildings such as Q Sentral, Menara CIMB, Le Meredian and Platinum Sentral.

The walkway leads the commuters to KL Sentral station, where an escalator brings users to the KLIA Ekspres arrival hall. 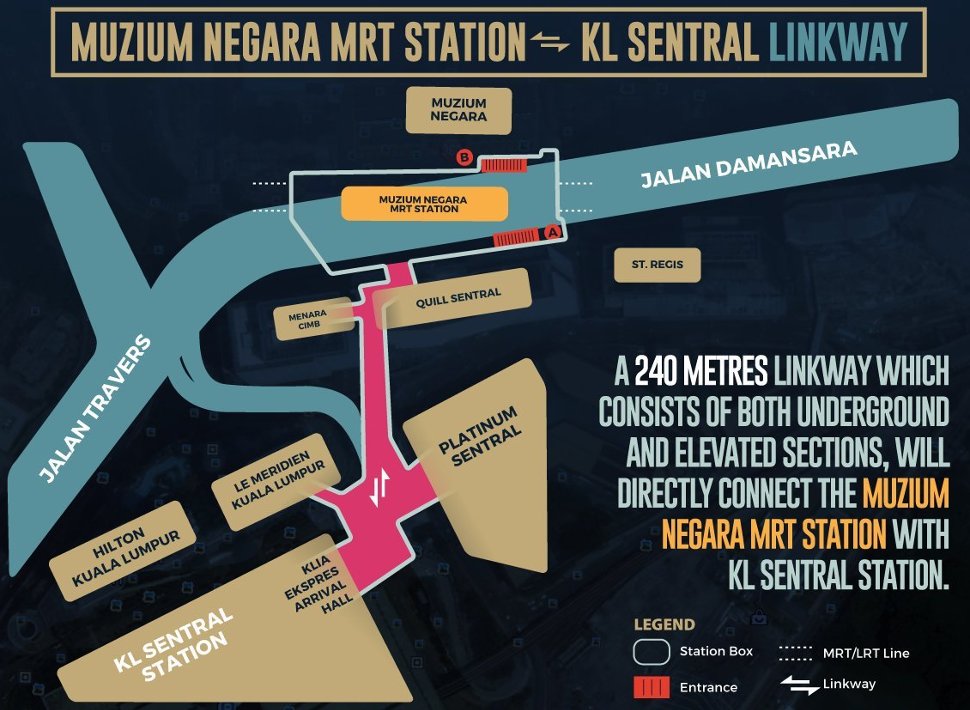 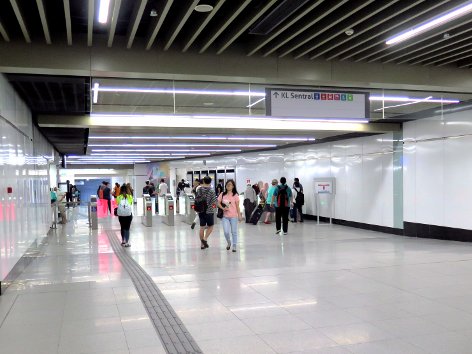 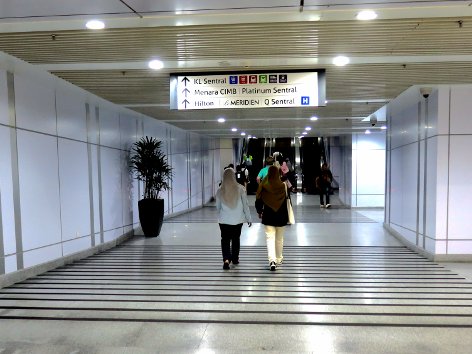 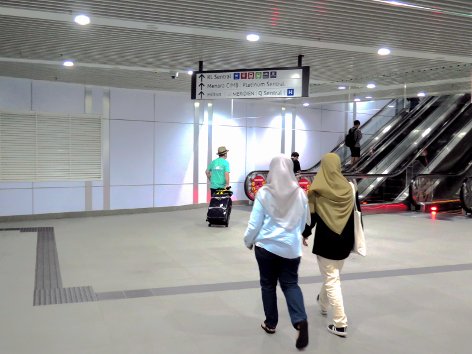 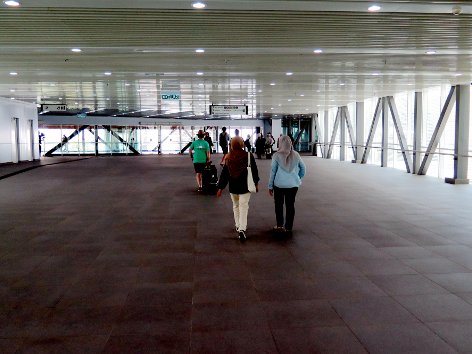 Elevated section of the pedestrian link 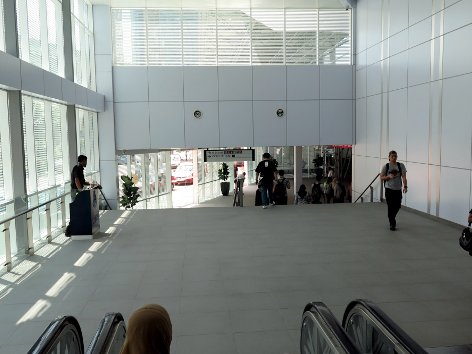 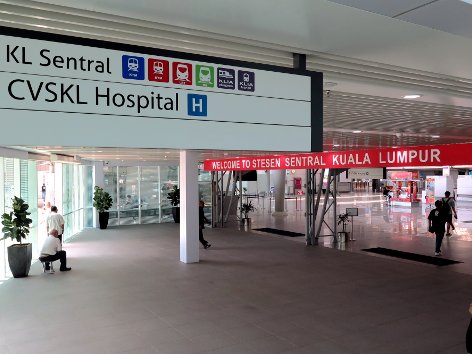