The Maluri MRT station is an underground MRT station located on the eastern fringe of Kuala Lumpur near and named after Taman Maluri, a residential housing estate.

Covering an area of around 2.95 sq km (about 730 acres), Maluri is one of the most prominent suburban locations in KL, sitting at the border of the city centre adjacent to the Pudu and Chan Sow Lin areas.

Maluri’s old dame of retail is the 30-year-old AEON Taman Maluri which has recently been refurbished and expanded. But the newer malls entering Maluri are the main reasons for its renewed vitality.

The Maluri MRT station is located along Jalan Cheras opposite the AEON-JUSCO Taman Maluri shopping centre.

The MRT station is connected to the Maluri LRT station via a paid-area-to-paid-area elevated pedestrian linkway.

The Maluri MRT station has two underground levels – a concourse level with fare gates, customer service office, toilets and machinery rooms – and a platform below with an island platform configuration.

The Maluri MRT station has almost similar layout to Pasar Seni MRT station. The differences are the LRT station is side platform instead of island platform, and there is no extra level for plant room (i.e. B3 in Pasar Seni) for the MRT station.

The entrance A is located on the north side of Jalan Cheras. It accommodates access to AEON Taman Maluri and Taman Maluri. Entrance A located at north side of Jalan Cheras

The Entrance B is located on the south side of Jalan Cheras. It accommodates access to Sunway Velocity Shopping Complex, Jalan Lombong, and Jalan Galian. 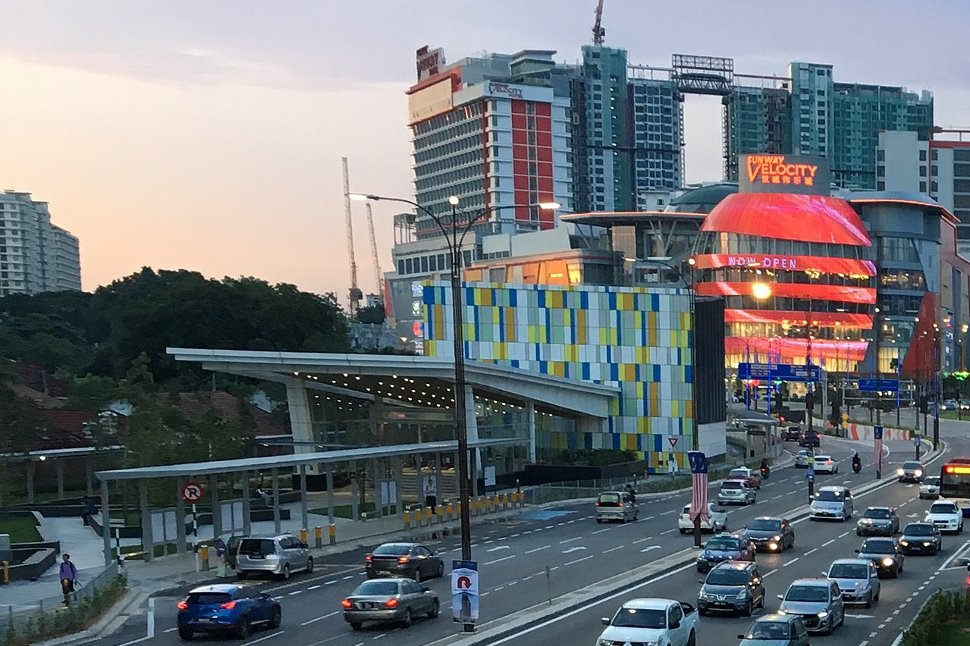 Entrance B located at south side of Jalan Cheras 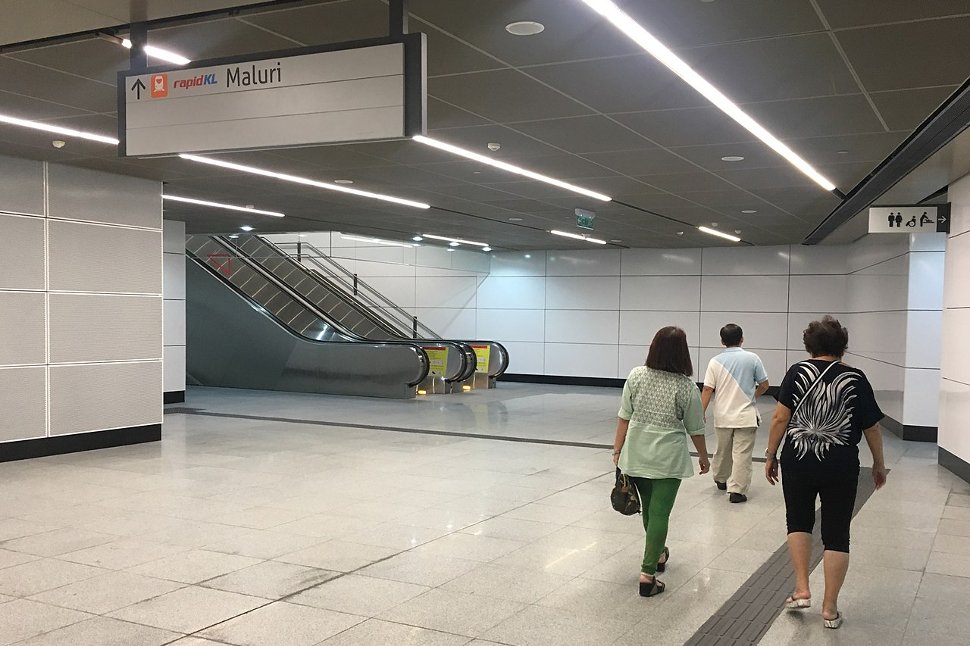 The Entrance D is located on the north side of Jalan Cheras. 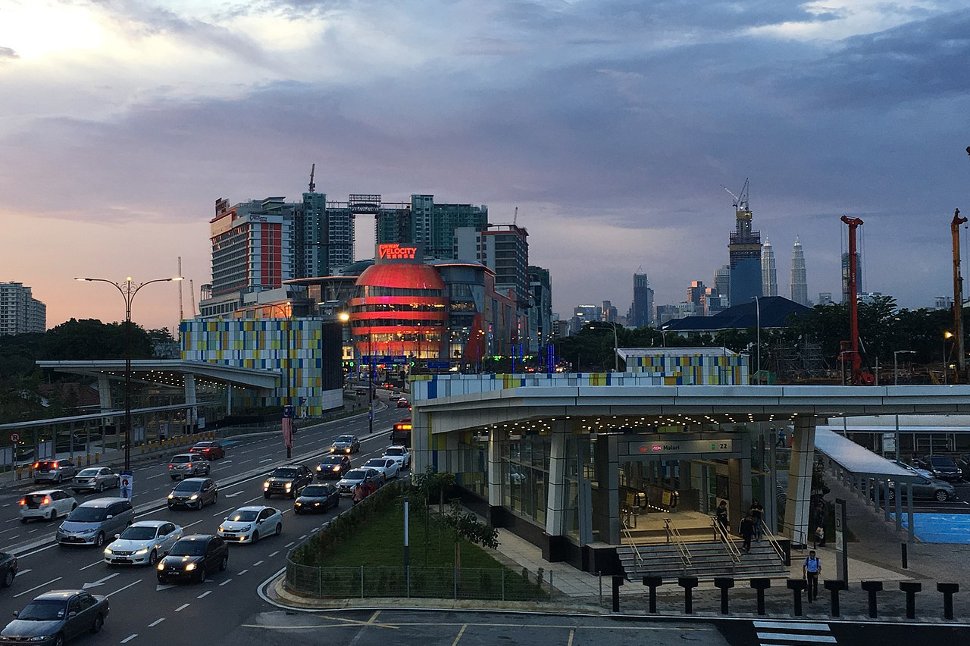 Entrance D located at north side of Jalan Cheras

The station is located on the eastern fringe of Kuala Lumpur near and named after Taman Maluri, a residential housing estate.

The station is located along Jalan Cheras opposite the AEON-JUSCO Taman Maluri shopping centre. 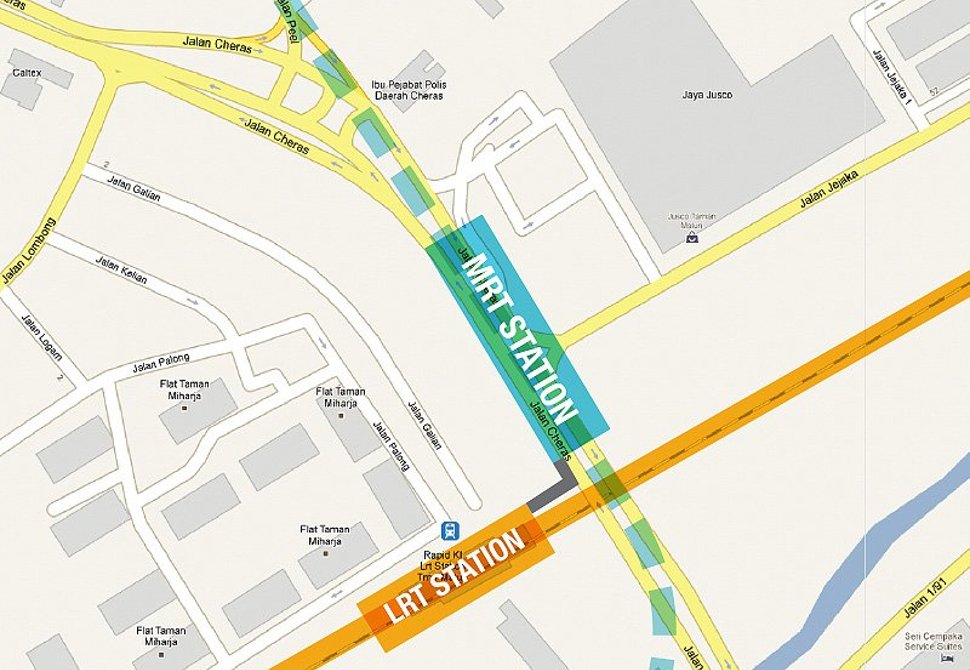 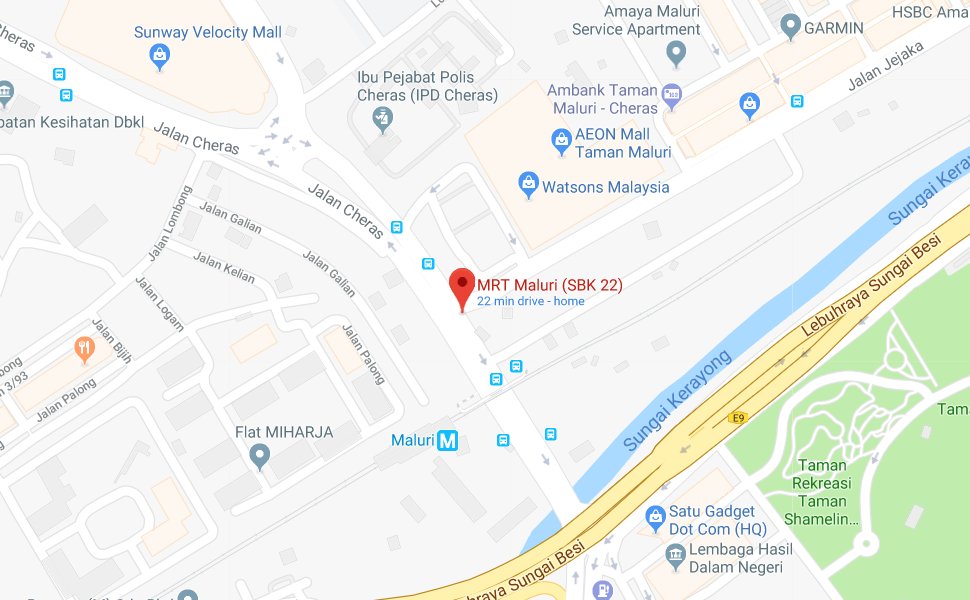 The Maluri MRT station provides following facilities and services for your convenience. 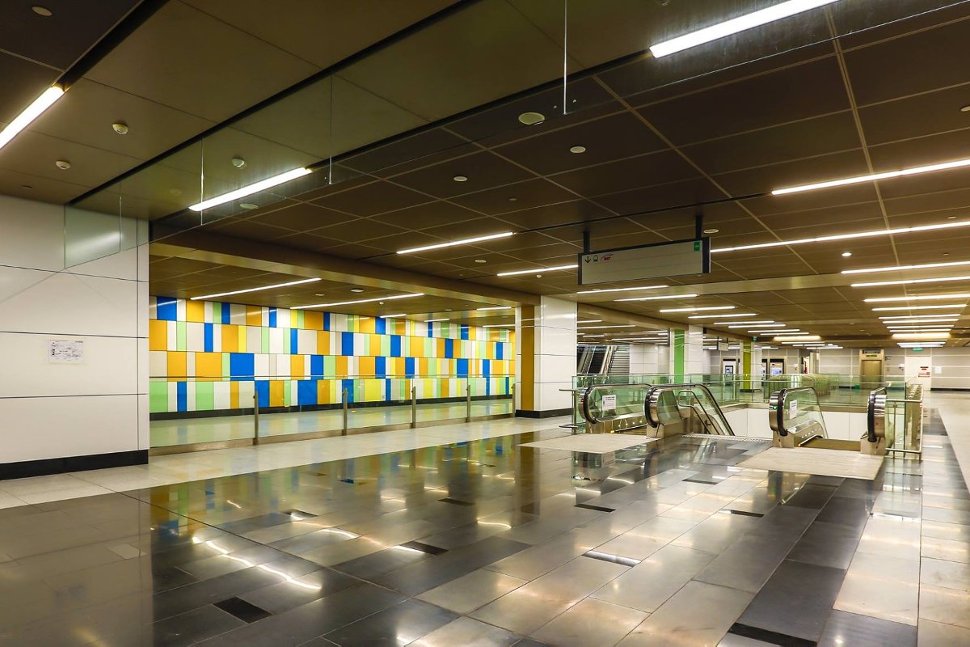 Maluri Station is located on a site undergoing rapid urban renewal that will see it embracing a new generation.

Hence it is natural that this station takes on the theme “New Generation” that presents a lighter, more playful manner to add character to the local urban context, setting a new precedent and give character to this old town in Cheras area. 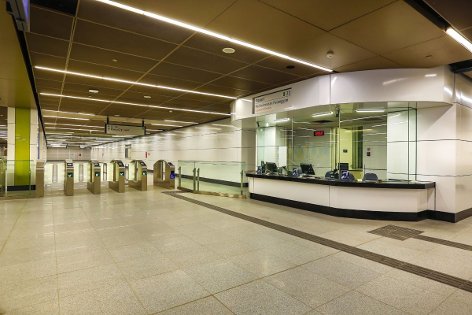 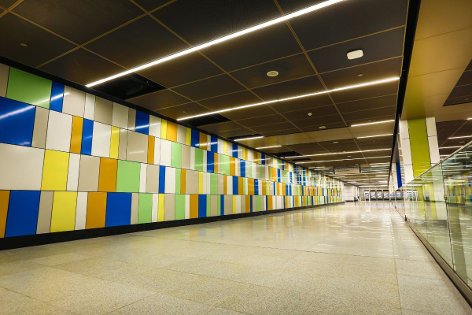 Escalators and stair for access to the ground level The Maluri MRT Station is connected to the Maluri LRT Station via a Paid-To-Paid linkway.

The linkway was built together with the MRT station. It connects the LRT station at the paid area of the concourse level while at the MRT station, the linkway connects directly to Entrance C which is located one level above ground level.

As the linkway is part of the paid area of both stations, there are no direct exits to the outside.

Unlike the MRT station, the linkway is not air conditioned. 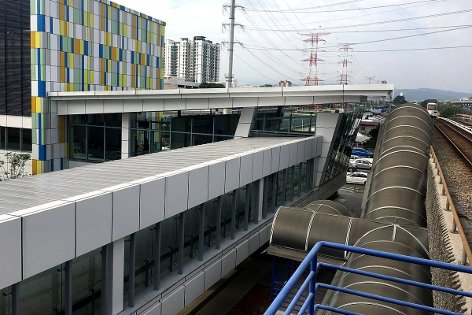 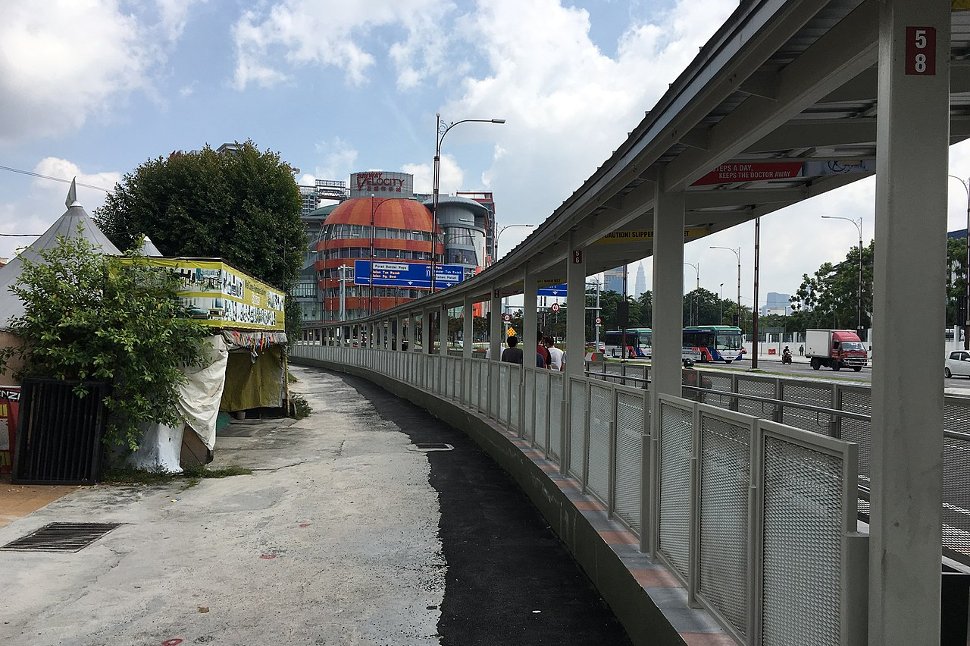 As part of the construction of the MRT Kajang Line, an open car park with 250 parking bays and 50 motorcycle bays is available at this station. 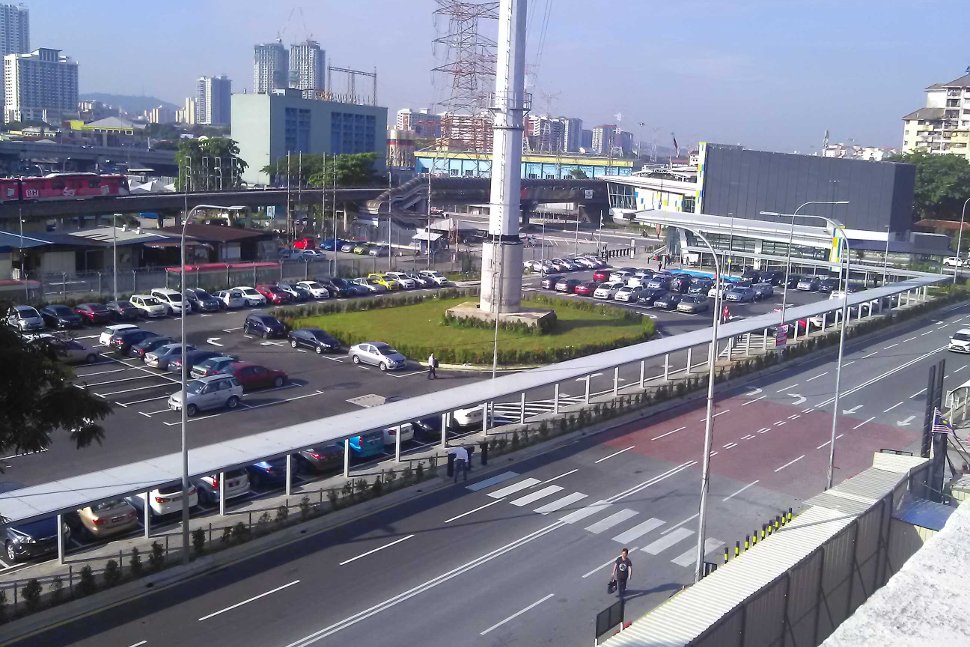 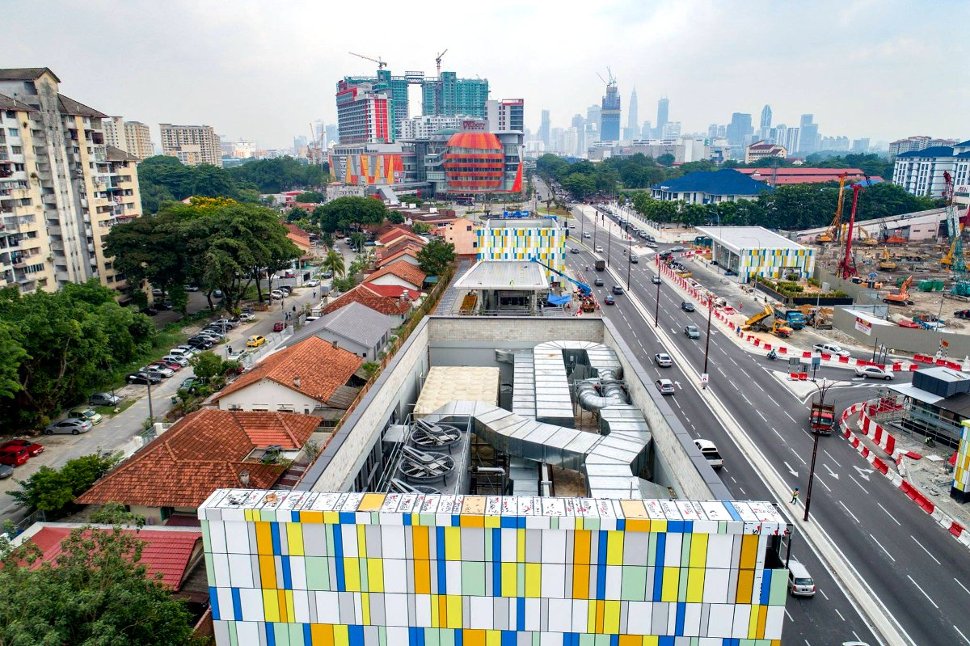 Arial view of Maluri MRT station and its suroundings