The Feeder bus T415 is available at this station.

The Netizen @ Bandar Tun Hussein Onn development project is about 200 meters short walking distance away from the MRT station.

The station adopts the standard elevated station design for the MRT Kajang Line, with two side platforms above the concourse level.

The Bandar Tun Hussein Onn MRT station has a layout and design similar to that of most other elevated stations on the line (except the terminus and underground stations), with the platform level on the topmost floor, consisting of two sheltered side platforms along a double tracked line and a single concourse housing ticketing facilities between the ground level and the platform level.

All levels are linked by lifts, stairways and escalators.

The station has two entrances. The feeder buses operate from the station’s feeder bus hub via Entrance B. Entrance B also provides access to the Park & Ride facility. 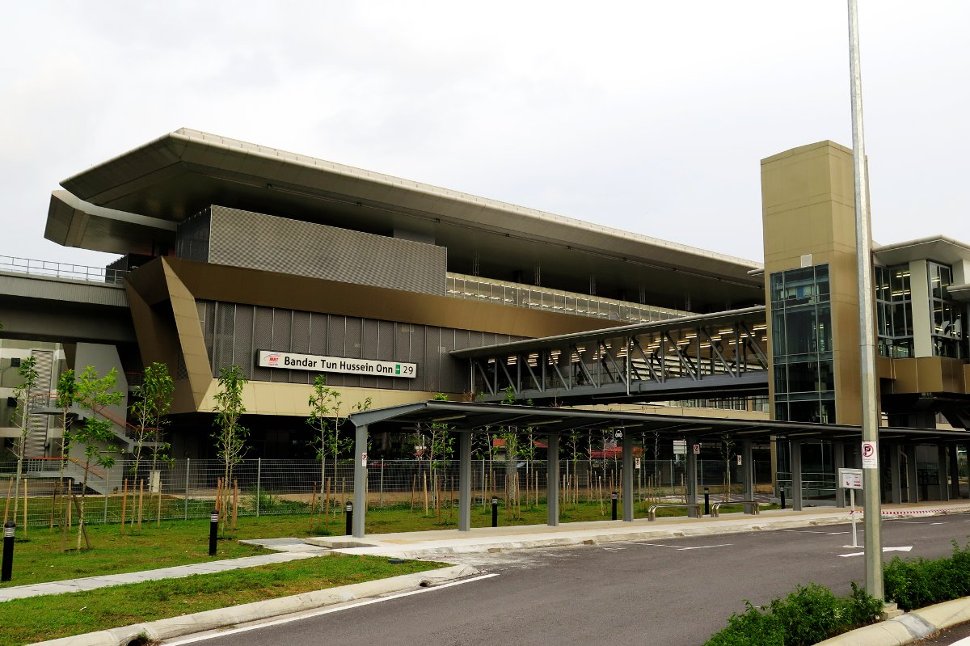 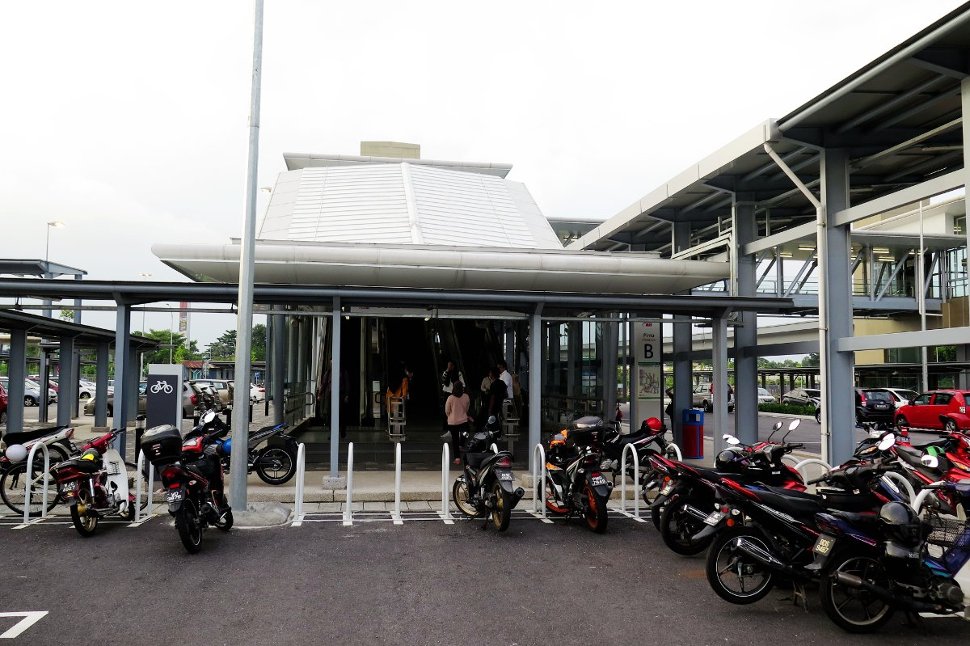 Those who would like to live in property near Bandar Tun Hussein Onn MRT station will enjoy a host of conveniences and also the closeness to the KL City Center.

Shopping malls such as Aeon Jusco Mahkota Cheras, Aeon Big, The Mines Shopping Mall and Giant Taman Cheras Utama are all within reach for those living in Bandar Tun Hussein Onn. The Bandar Tun Hussein Onn MRT station provide the following facilities and services for your convenience. 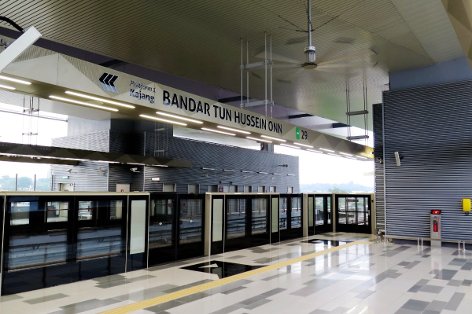 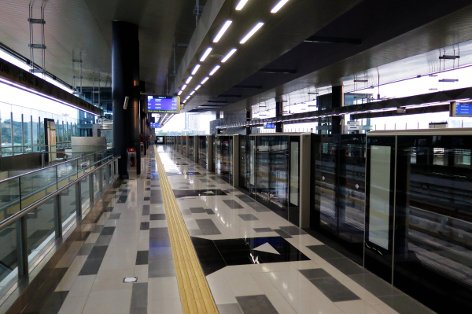 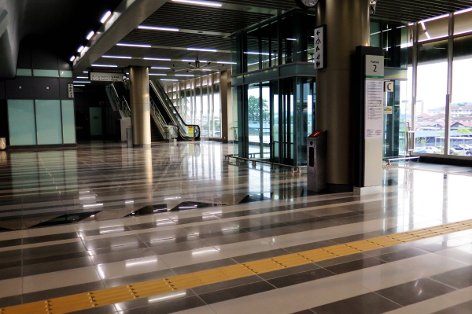 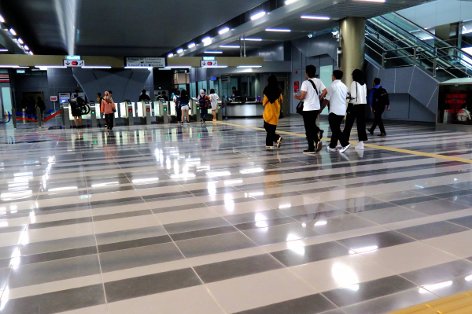 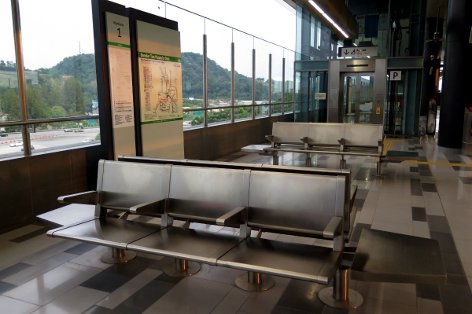 With the opening of the MRT Kajang Line, feeder buses also began operating linking the station with several housing areas and villages in and near Batu 10 Cheras. 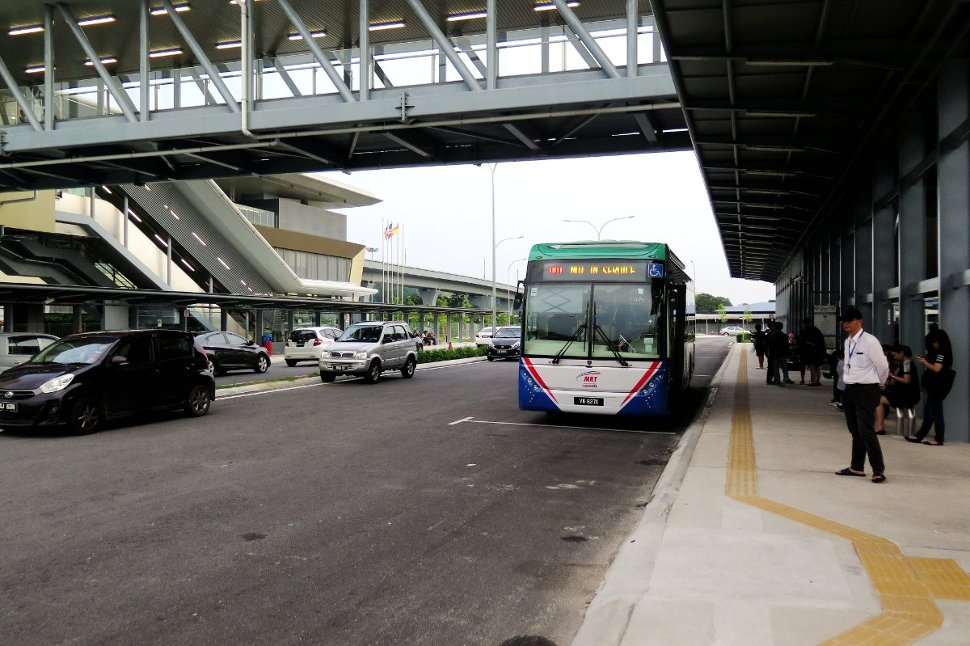 Feeder bus waiting near entrance B

As part of the construction of the MRT Kajang Line, an at-grade parking facility was also constructed at this station.

The facility has about 305 parking bays. The parking charge is RM4.30 per day and can only be paid by using Touch ‘n Go cards.