Tun Sambanthan Monorail station is situated at the south side of the Jalan Tun Sambanthan 4 – Jalan Tebing intersection in the Brickfields district of Kuala Lumpur.

The monorail station resides at the western bank of the Klang River, just beside Methodist College Kuala Lumpur (MCKL), and the Malaysian Association of the Blind (MAB) opposite Jalan Tun Sambanthan 4.

It is a Malaysian elevated monorail station that forms a part of the KL Monorail line located in Kuala Lumpur and opened alongside the rest of the line and other adjoining monorail stations on August 31, 2003.

The Tun Sambanthan station station is situated close to a pedestrian bridge that crosses the Klang River, connecting the area to Jalan Syed Putra that adjoins the Federal Highway and the Kuen Cheng Girls School just opposite the river. The station has only one exit which connects to the west side of Jalan Tebing. 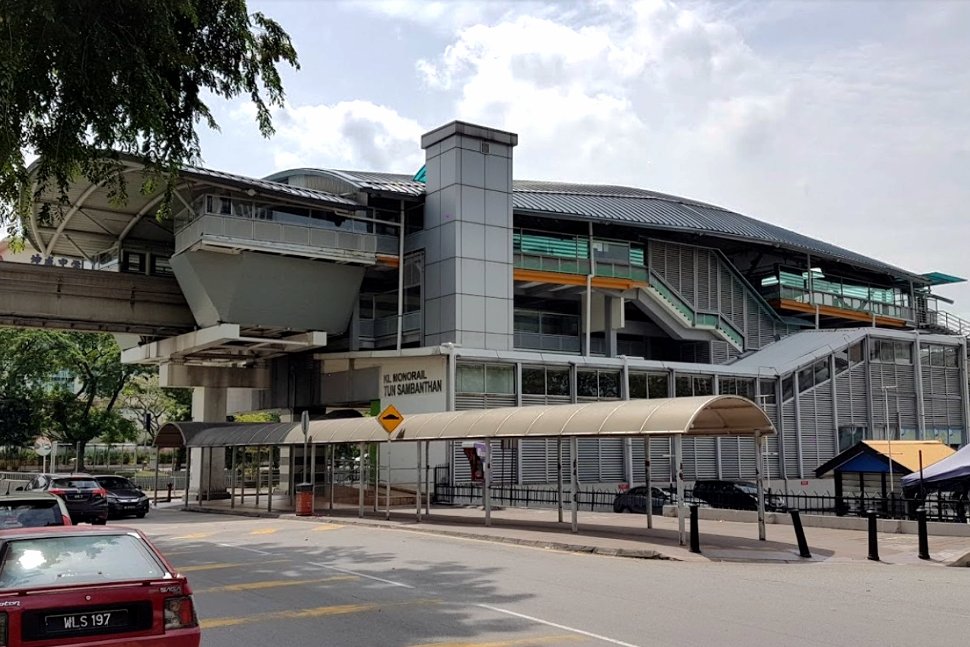 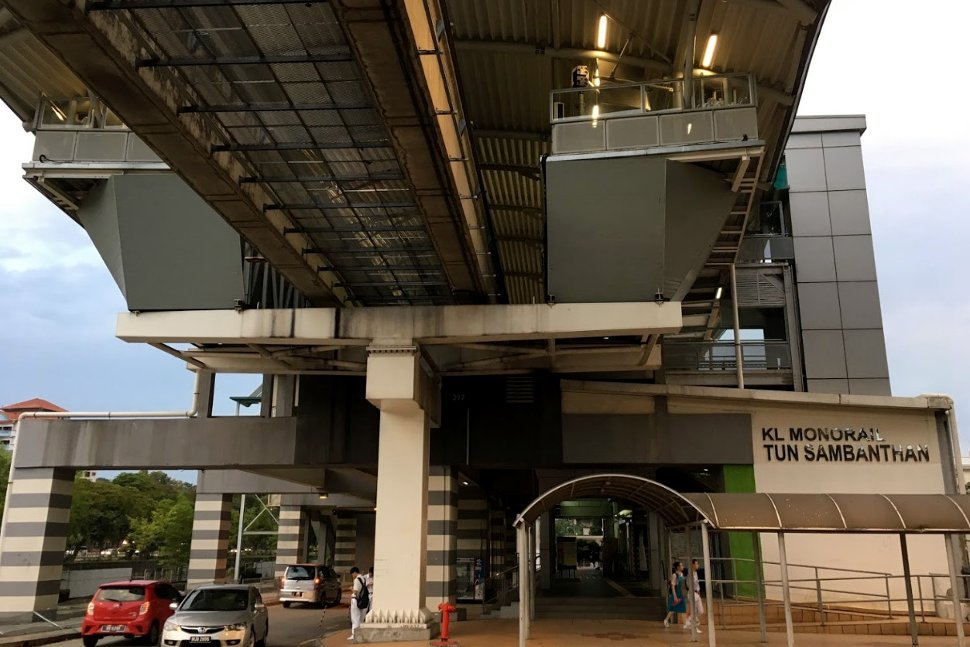 This colourful and exotic neighbourhood is populated with lots of Indian-run stores and restaurants selling traditional Indian goods such as saris, flower garlands, spices, Bollywood music and local delicacies.

The six-tiered Chinese temple spread across 1.67 acres, is a popular prayer site for the city’s Hainanese community, and also provides wedding registration and fortune telling services. 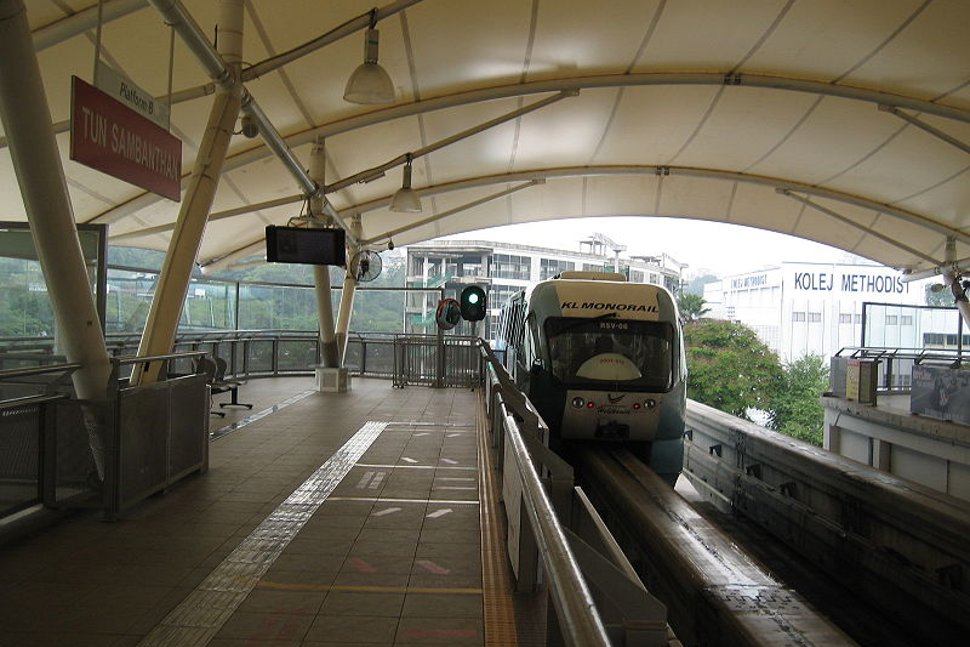 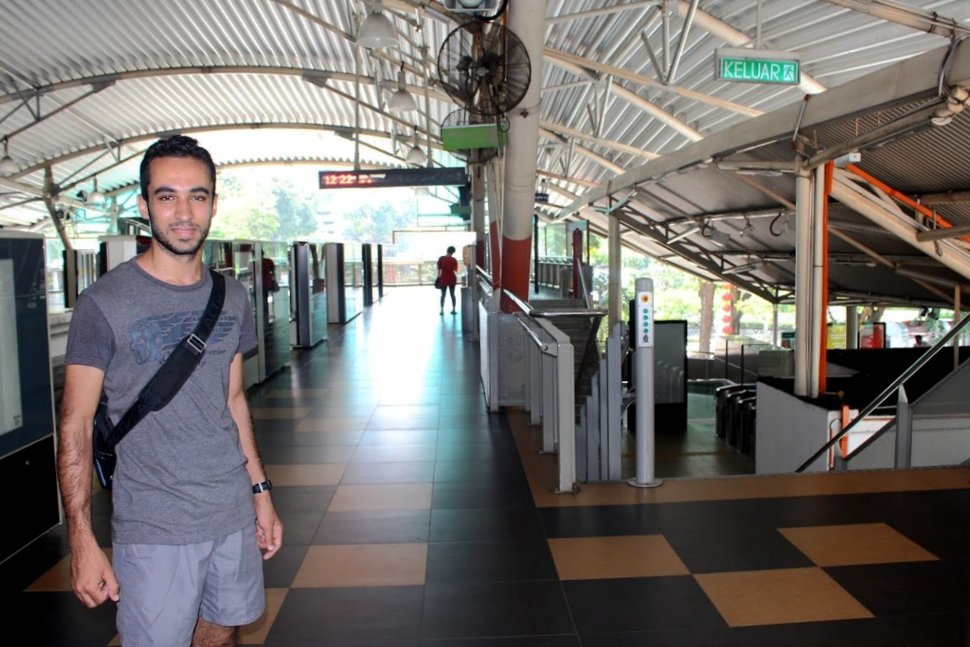 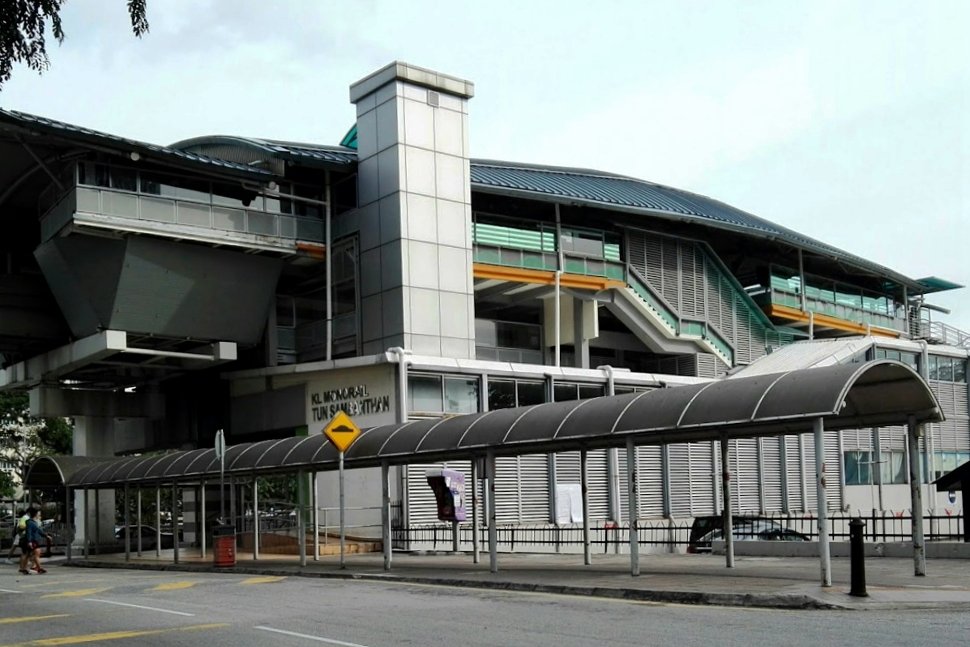 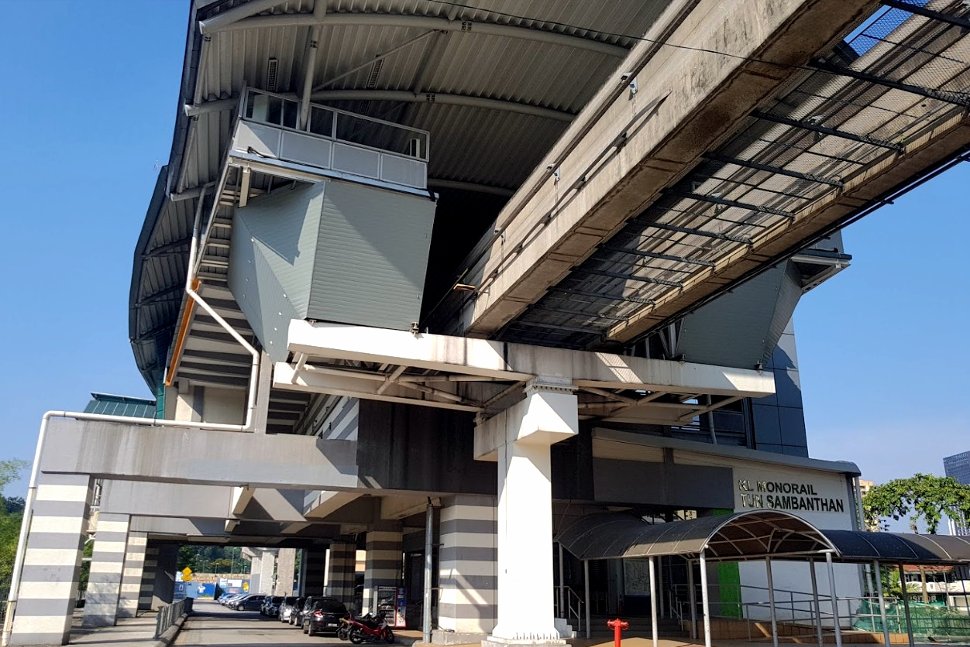 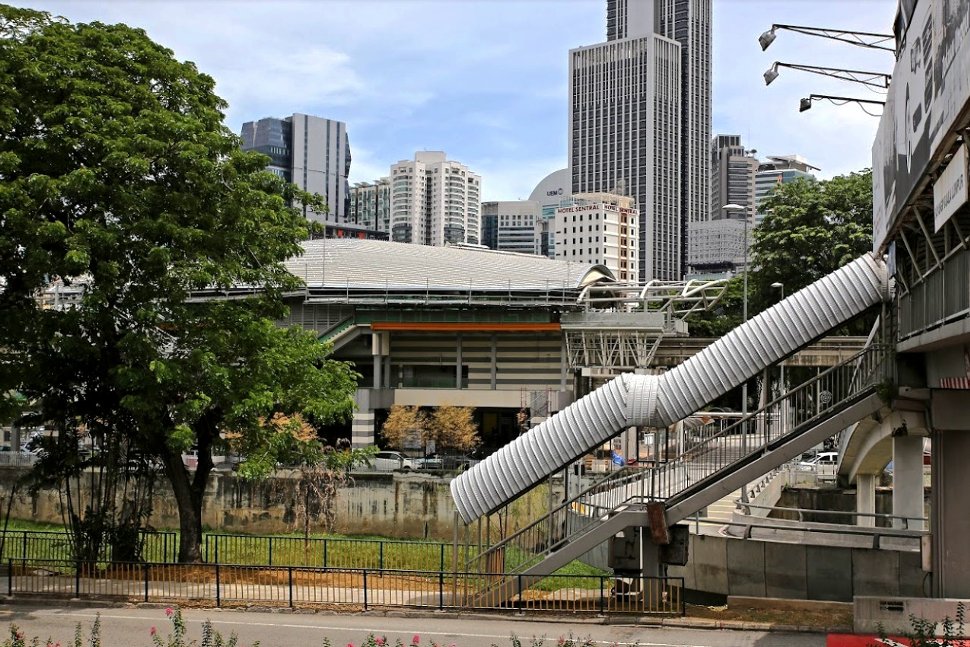 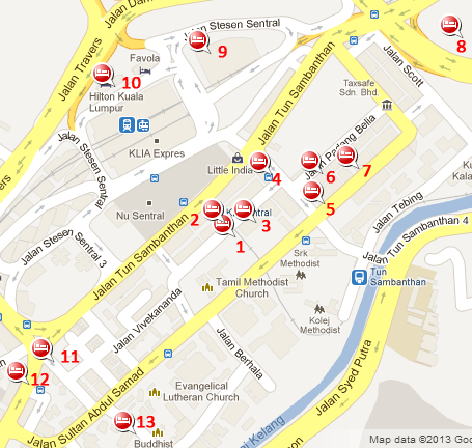 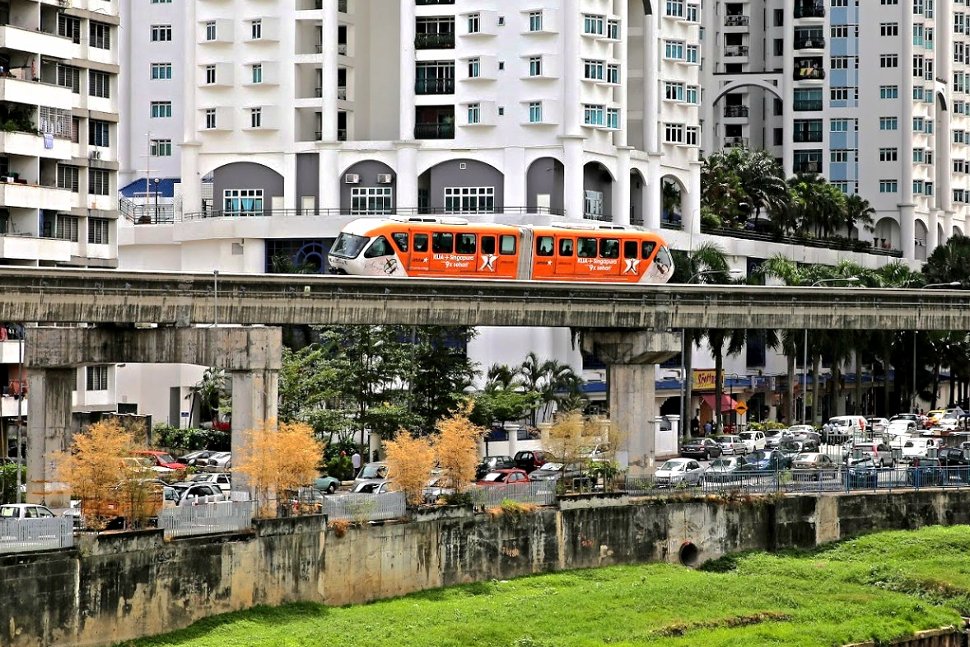 Monorail train heading to the station