The Maharajalela station is a Malaysian elevated monorail train station that forms a part of KL Monorail line located in Kuala Lumpur and opened alongside the rest of the train service on August 31, 2003.

The Maharajalela station is named after and was constructed over the southeast-bound lane of Jalan Maharajalela, just southwest from Stadium Merdeka and several hundred metres south from old Kuala Lumpur, including Petaling Street (several LRT stations along the Kelana Jaya Line LRT and Ampang Line LRT, however, are significantly closer to or are within the area).

The station has three exits, with two leading to either side of Jalan Maharajalela at the northern and southern points, and one at the northeast side of the station leading into a car park of Stadium Merdeka. 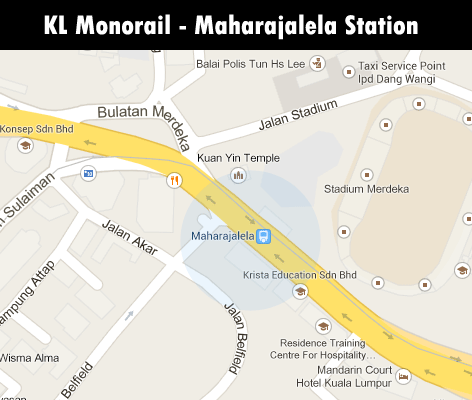 Only the northern access point to and from Jalan Maharajalela includes both an upward-moving escalator and stairway; the remaining two access points provide only stairways. 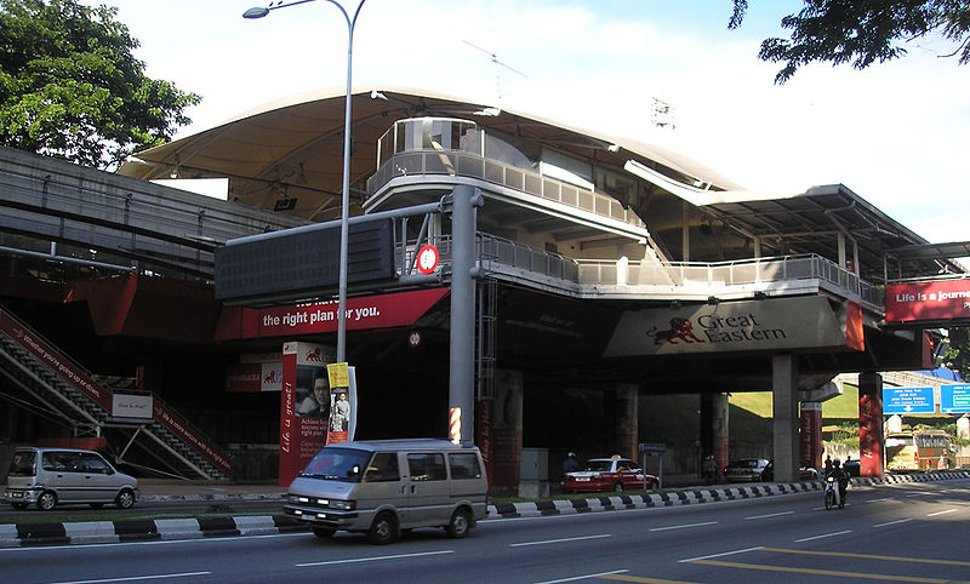 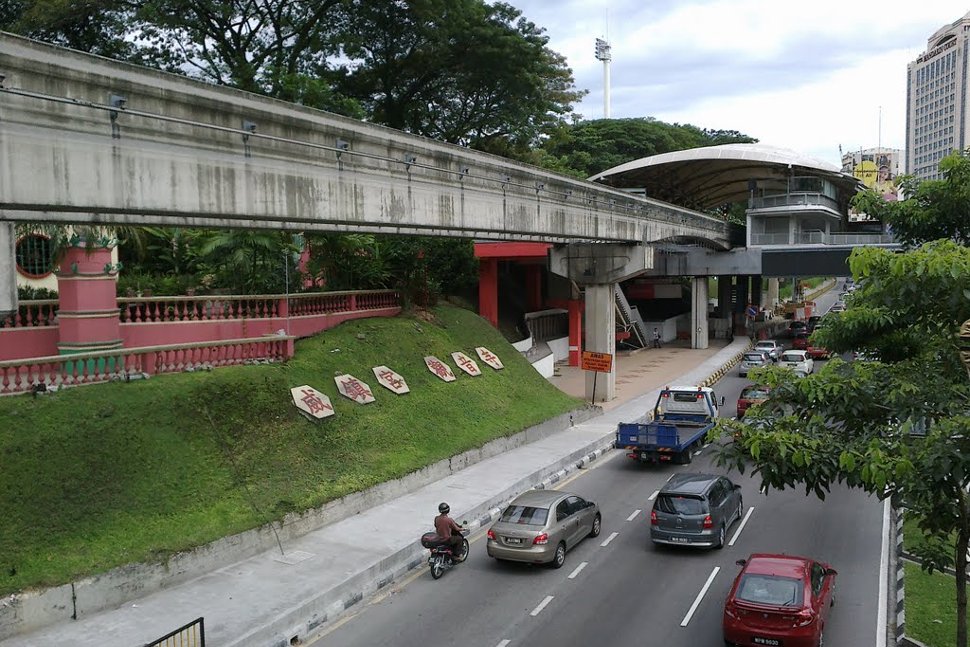 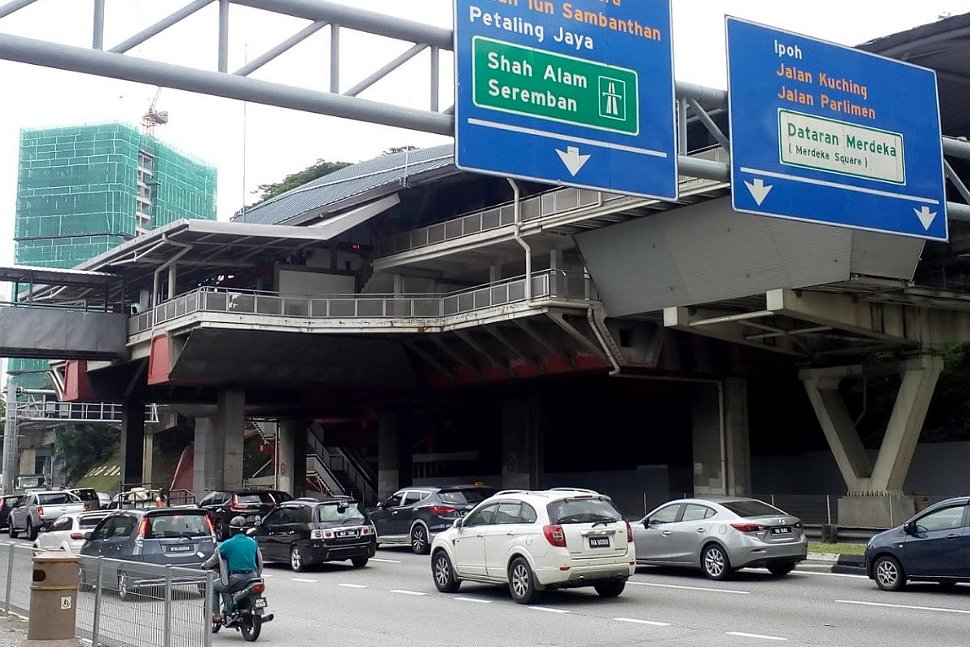 The elevated Maharajalela monorail station is located southwest of Stadium Merdeka (Independence Stadium), plus it is about a 2km away from the Petaling Street market, via Jalan Hang Jebat, and Tung Shin Hospital.

The Kuan Yin Temple and Chan See Shu Yuen Temple are located just next to the monorail station. Kuan Yin Temple near the station 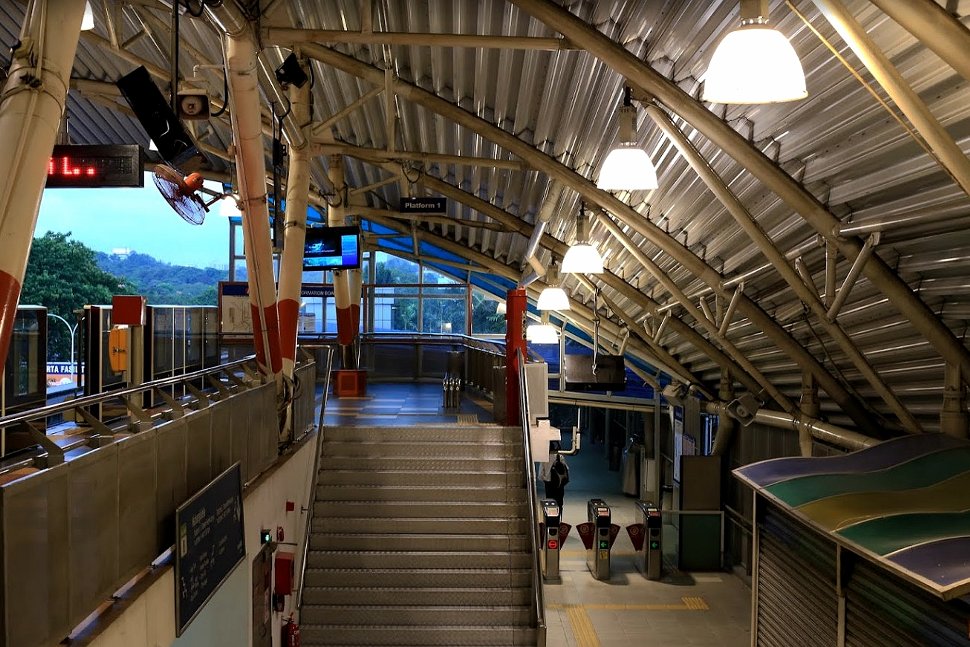 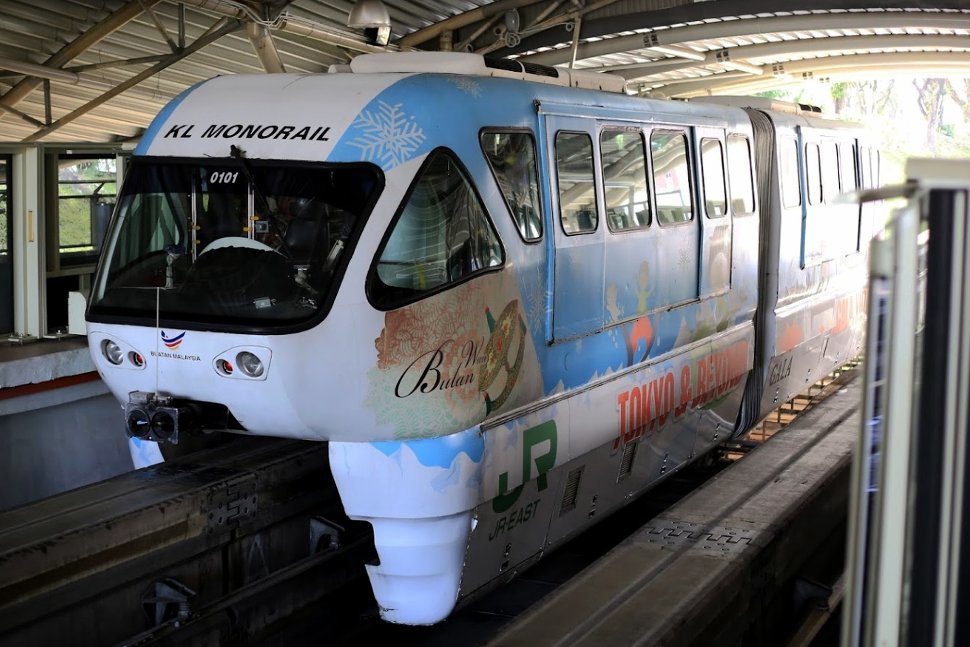 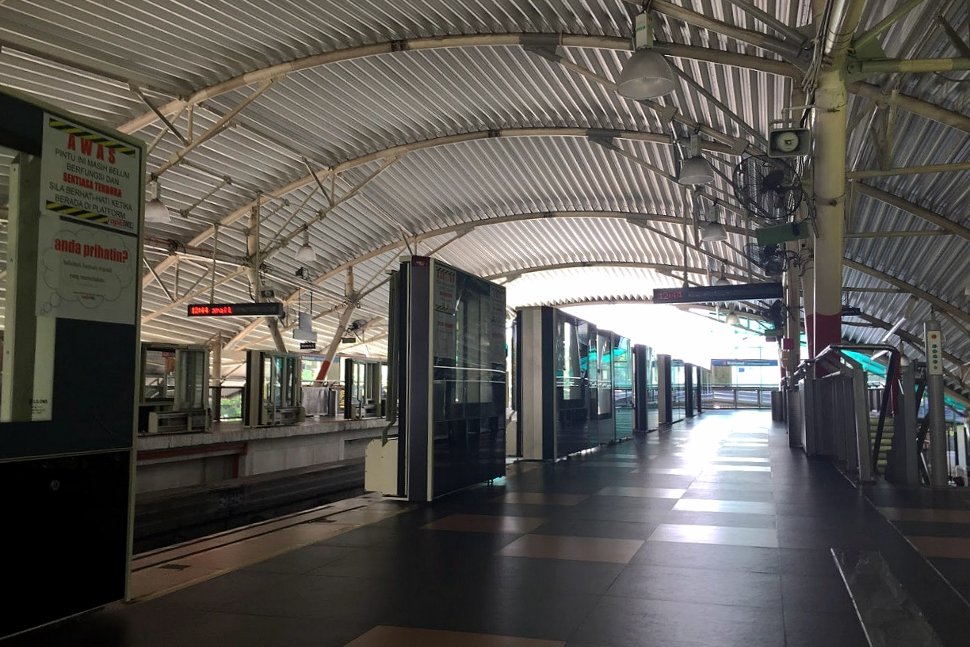 Here are some of the hotels near the Maharajalela station for your review: 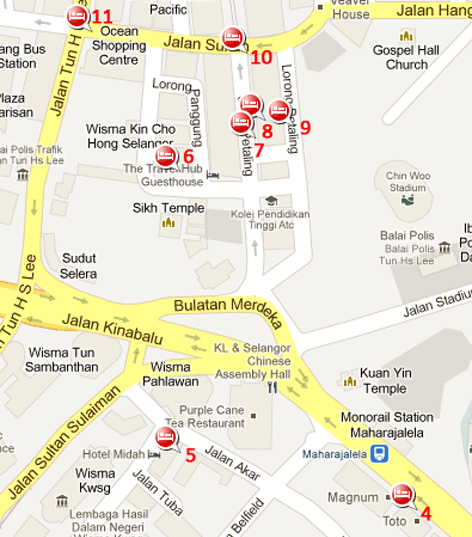 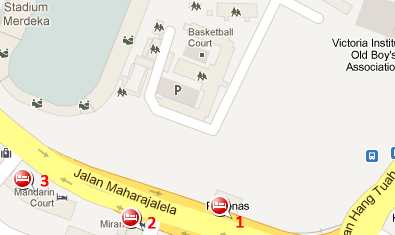