It is one of the stations of the MRT Kajang Line and was opened on 16 December 2016 under Phase One opening of the line. The ceremony to launch Phase One of line by the Prime Minister of Malaysia Najib Razak was held at this station on 15 December 2016.

The station will later become an interchange station between the MRT Kajang Line and MRT Putrajaya Line which is currently under construction and scheduled to be opened in June 2022, with both lines having their terminus at this station.

When Phase One operations for the MRT Putrajaya Line begins in June 2021, this Kwasa Damansara MRT station will become the northern terminus of the line.

At the same time, this station will replace Sungai Buloh station as the northern terminus of the MRT Kajang Line.

The Kwasa Damansara MRT station has three levels, with the ground floor being the concourse and the two floors above being platform levels.

The two elevated platforms are island platforms, enabling this station to have four platforms to enable it to function as the interchange station between the MRT Kajang Line and the future MRT Putrajaya Line.

Although the tracks at the Kwasa Damansara station are elevated, the station building itself is at-grade, the only one of its kind on the MRT Kajang Line, but similar to Setiawangsa station on the Kelana Jaya Line.

Platform 3, across from platform 1 on level 2 and platform 4 which shares level 1 with platform 2, are not in use and do not have any tracks.

The station currently has one entrance – Entrance A – although the design caters to future entrances when the area surrounding the station is developed.

The entrance currently leads to the station access road and the park and ride facility.

As it is located away from Jalan Sungai Buloh, a new access road was built to give access to the station. 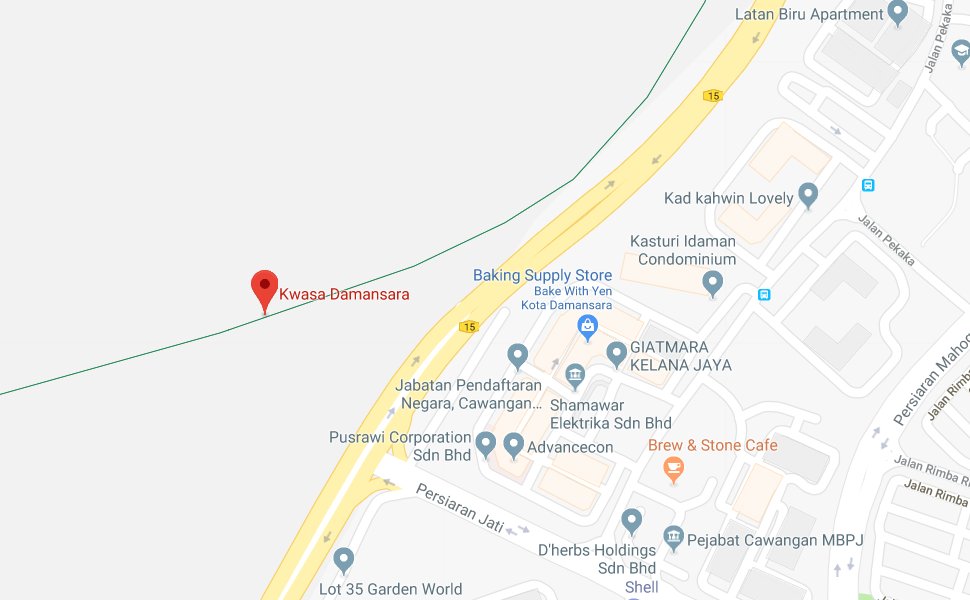 The Kwasa Damansara MRT station provides following facilities and services for your convenience. 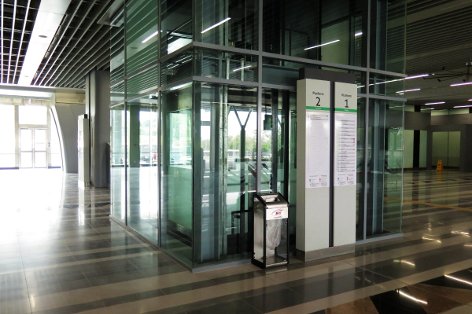 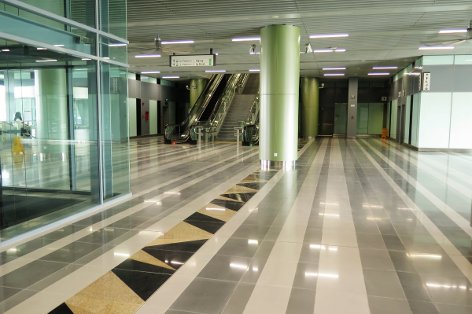 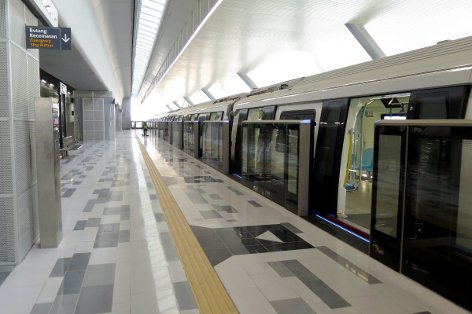 An MRT waiting at station’s platform 2 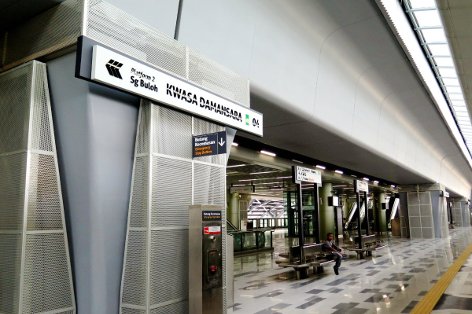 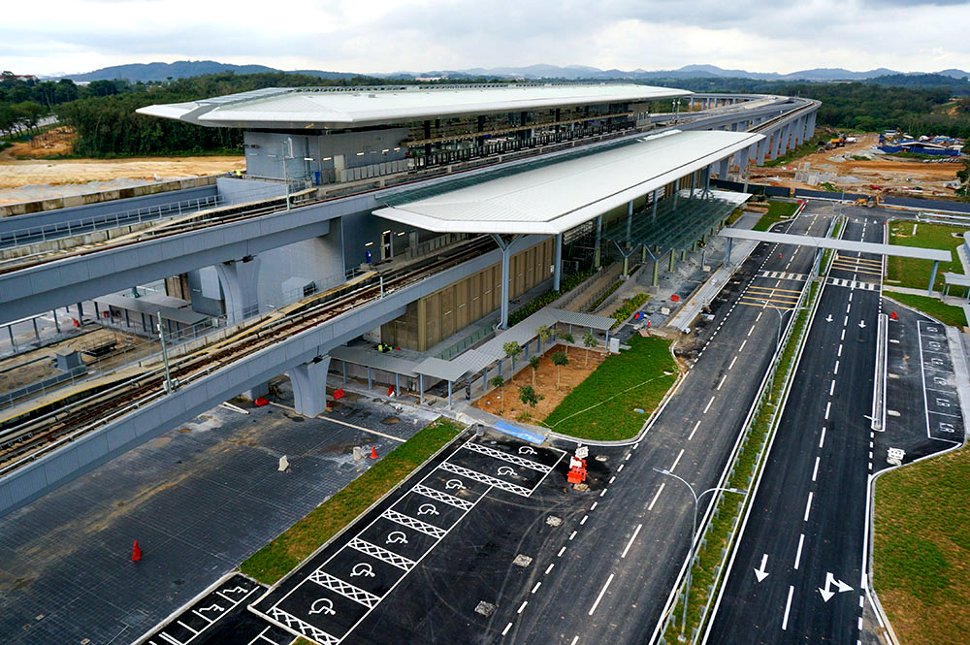 As part of the construction of the MRT Kajang Line, an open car park with 550 parking bays and 100 motorcycle bays is available at this station. 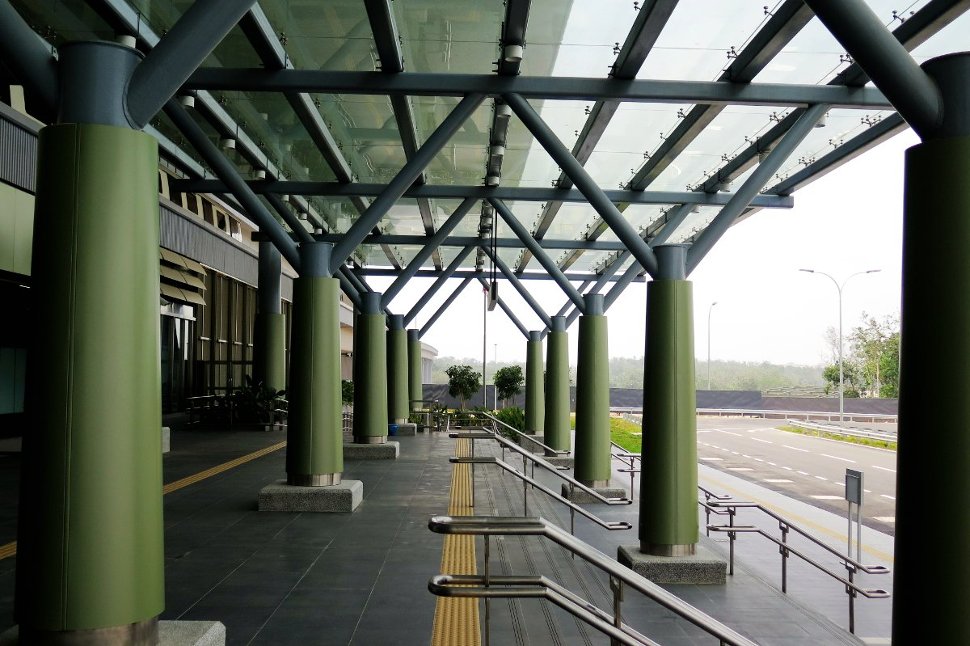 The MRT Putrajaya Line is the second line of the KVMRT Project to be developed after the successful completion of first line — MRT Kajang Line in July 2017.

The MRT Putrajaya alignment will have a length of 57.7km, consisting of 44.2km of elevated tracks and 13.5km running through underground tunnels. It has 39 operational stations of which 30 are elevated and 9 underground. A further 4 stations have been provided for the future.

The MRT Kajang line is the first line of the Klang Valley Mass Rapid Transit Project (KVMRT). The line runs underground for a distance of 9.5km beneath the centre of Kuala Lumpur while the rest of the alignment is elevated. The line has 31 stations of which seven are underground.