The Bandar Utama MRT station is an elevated MRT station serving the suburb of Bandar Utama in Petaling Jaya, Selangor as well as parts of Taman Tun Dr Ismail, Kuala Lumpur which lie across the Damansara Puchong Expressway (LDP) from the station.

This MRT station is one of the stations of the MRT Kajang Line.

This station is located next to the 1 Utama Shopping Centre, one of the biggest shopping malls in the Klang Valley.

It was opened on 16 December 2016 as part of phase one operations of the line.

From its opening on 16 December 2016 till 31 January 2018, the only access to the station was from the 1Powerhouse Building via the pedestrian overhead bridge at Entrance A.

The temporary linkway to One World Hotel and subsequently to 1 Utama from the station’s Entrance B was opened on 1 February 2018, allowing a more direct connection to the shopping centre.

The Bandar Utama MRT station has a layout and design similar to that of most other elevated stations on the line (except the terminus and underground stations).

The station is designed with the platform level on the topmost floor, consisting of two sheltered side platforms along a double tracked line and a single concourse housing ticketing facilities between the ground level and the platform level.

Unlike the other elevated stations, there are no escalators, lifts or staircases linking the station directly with the ground level.

Neither are there any lay-bys for buses, taxis and cars at the ground level directly below the station.

Access to the station is via link bridges from the 1Powerhouse Building, where the feeder bus stop and park and ride facilities are located, and from One World Hotel and 1 Utama Shopping Centre.

All these buildings are owned by Bandar Utama City Corporation Sdn Bhd, making this station the only one in the MRT Kajang Line where access to the station is via properties owned by other entities.

There is no access to the station from the ground level directly beneath the station along the Damansara–Puchong Expressway. The lay-by and stairs at this location are for emergency purposes only.

The 1Powerhouse Building houses the feeder bus stop at the ground level, and the park and ride facility for the station which takes up two basement levels.

Taxi and private vehicle drop-off areas are also located at the ground floor of the building.

The entrance A is located at the pedestrian link bridge to 1Powerhouse Building. It allows access to the feeder bus stop, park and ride, 1Powerhouse, and Persiaran Bandar Utama. Link bridges to the 1Powerhouse Building Pedestrian walkway to One World Hotel and 1 Utama Shopping Centre

The Bandar Utama MRT station is located beside the Damansara-Puchong Expressway directly behind the Sri Pentas Building in Bandar Utama.

This station is located next to the 1 Utama Shopping Centre, one of the biggest shopping malls in the Klang Valley.

Other well-known landmarks near the station are Sri Pentas (TV3 headquarters), One World Hotel, Plaza IBM and KPMG Tower. 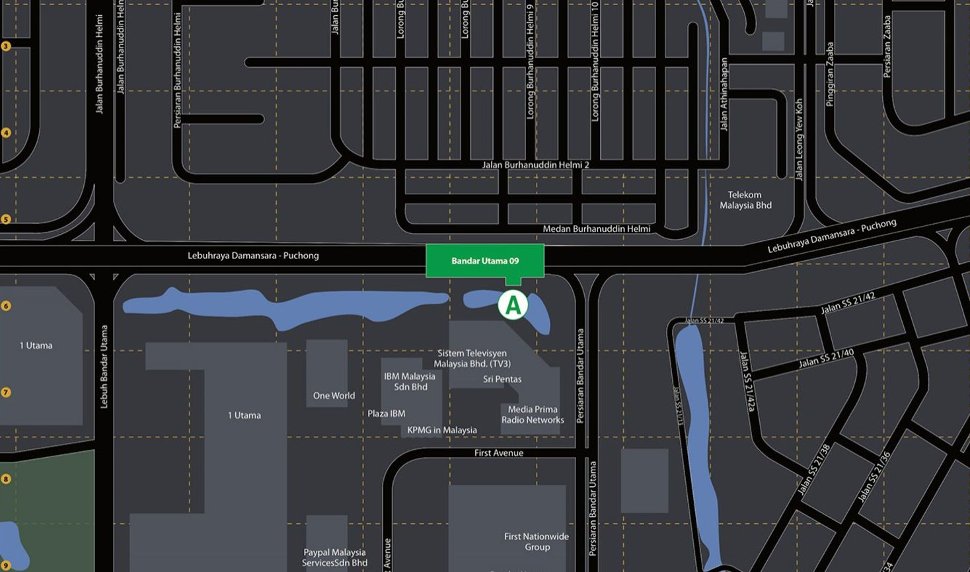 The Bandar Utama MRT station provides following facilities and services for your convenience. 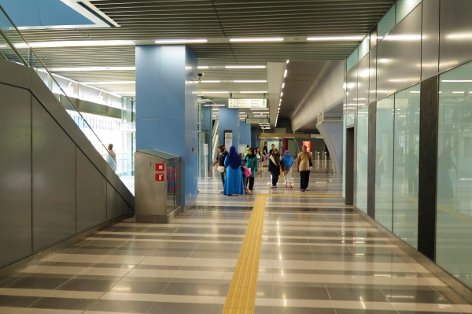 Public toilets are available on the concourse level 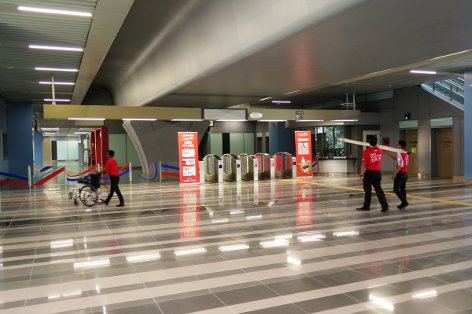 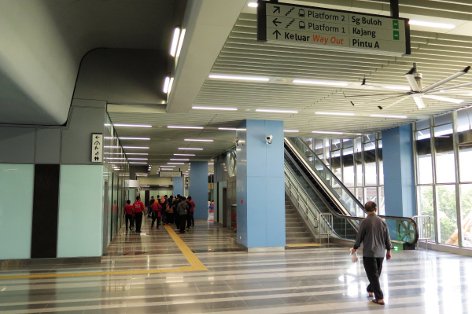 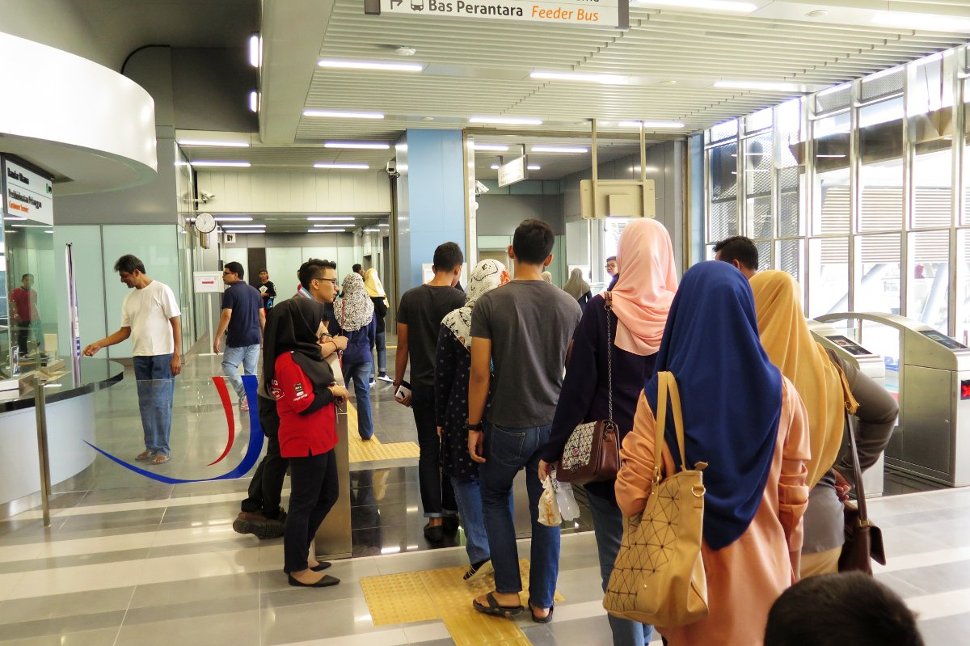 The feeder buses operate from the station’s feeder bus stop at the adjacent 1 Powerhouse building accessed via Entrance A of the station. These buses do not stop at the Bandar Utama bus hub. 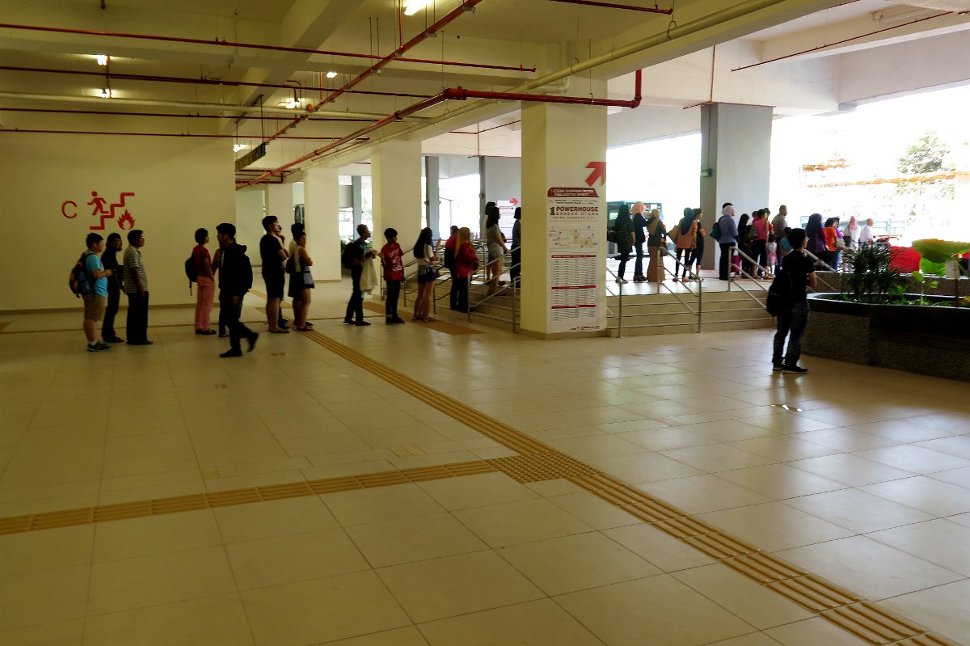 Commuters queuing up for MRT feeder bus at 1 Powerhouse buidling The 1Powerhouse Building houses the feeder bus stop at the ground level, and the park and ride facility for the station which takes up two basement levels. Parking is available with payment.

There are 500 total parking bays and 245 motorcycle bays.

Taxi and private vehicle drop-off areas are also located at the ground floor of the building.

The park and ride facility is separate from the upper floor parking which are meant for 1Powerhouse occupants, including guests of the Avante Hotel which is part of the building.

Park and ride flat rate charges are not available at the upper floor parking, where hourly parking charges apply.

A pedestrian link bridge is built to connect the Bandar Utama station’s Entrance A to the neighbouring 1Powerhouse building. 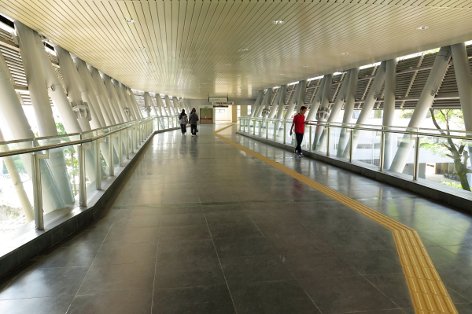 Pedestrian link bridges connecting the entrances of the station Walking towards feeder bus stop at the adjacent 1Powerhouse 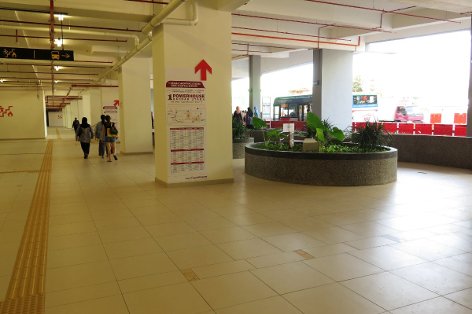 A pedestrian link bridge is built to connect the Bandar Utama station’s Entrance B to the neighbouring One World Hotel and the 1 Utama Shopping Centre.

The Skybus is available at 1 Utama shopping mall’s Dataran car park to fetch passengers to the KLIA / klia2 airport. Commuters headed towards Entrance B of the station 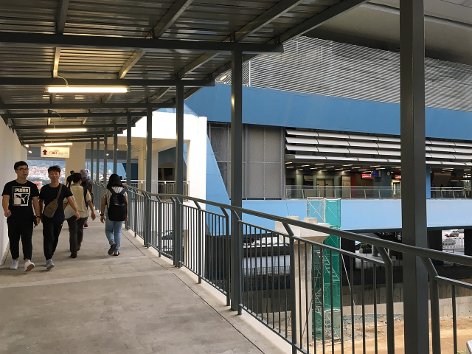 Commuters using the pedestrian link leading to the station 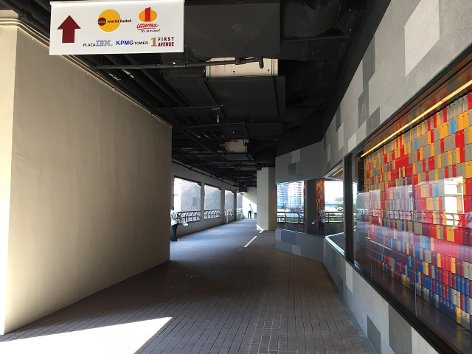 Walkway from the station leading to 1 Utama Shopping Centre 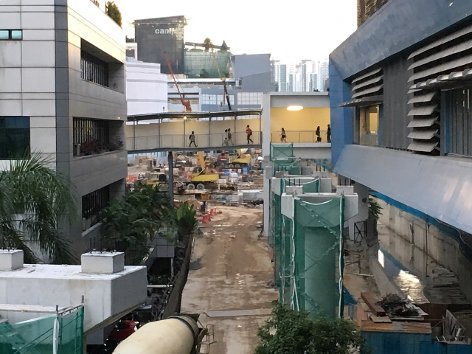 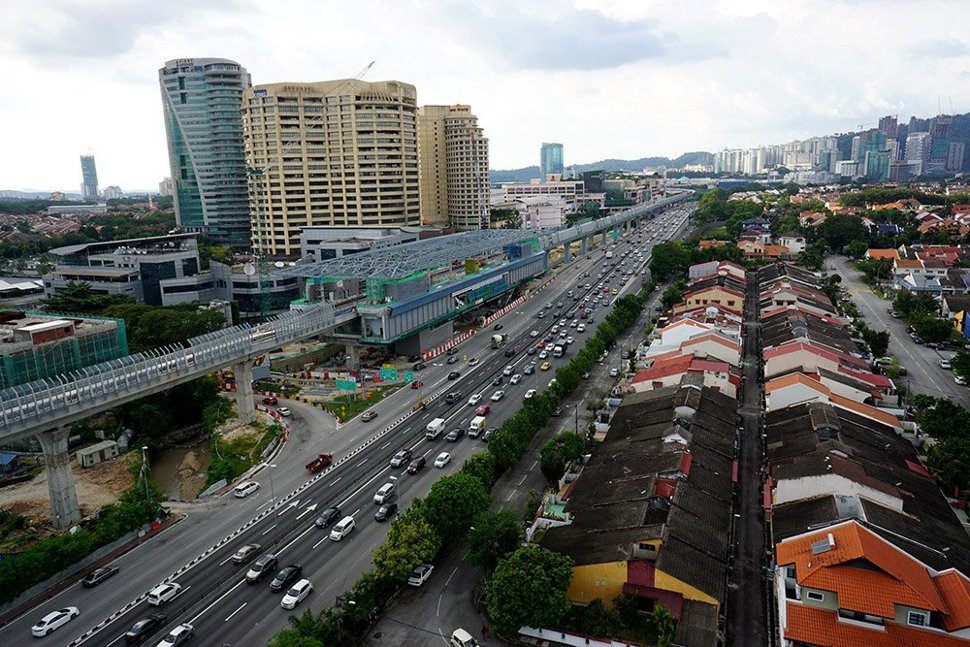