The Pasar Seni LRT station is a LRT station in Kuala Lumpur that is served by Kelana Jaya Line LRT. It is named after the nearby Central Market and is located near Petaling Street and the area known as the Chinatown of Kuala Lumpur.

A pedestrian bridge and escalators are built to link the paid areas of both the Pasar Seni LRT and Pasar Seni MRT stations, thus allowing commuters to conveniently transfer between the Kelana Jaya Line LRT and the MRT Sungai Buloh – Kajang Line. 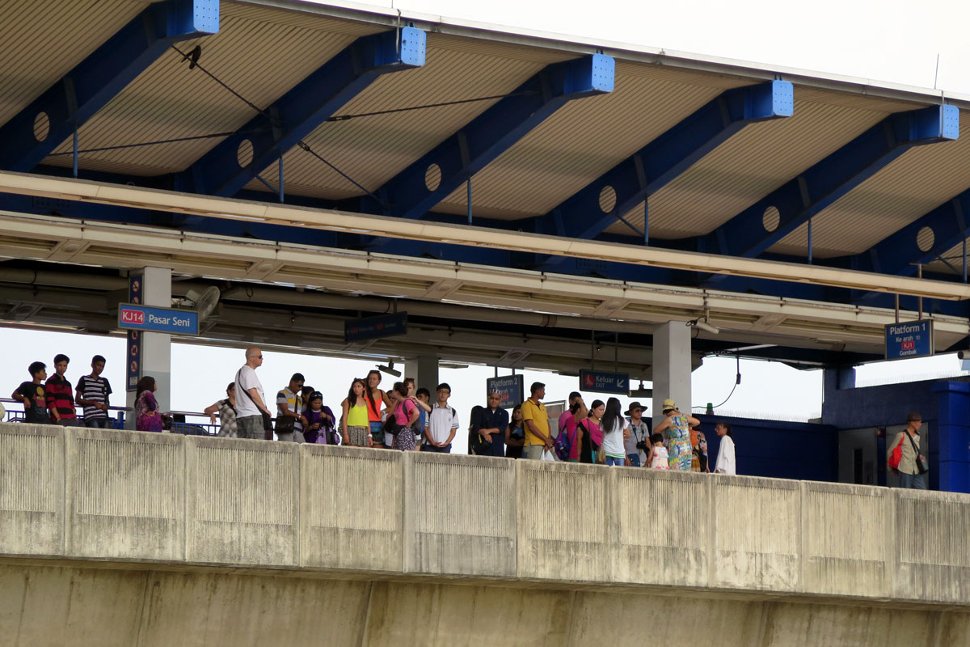 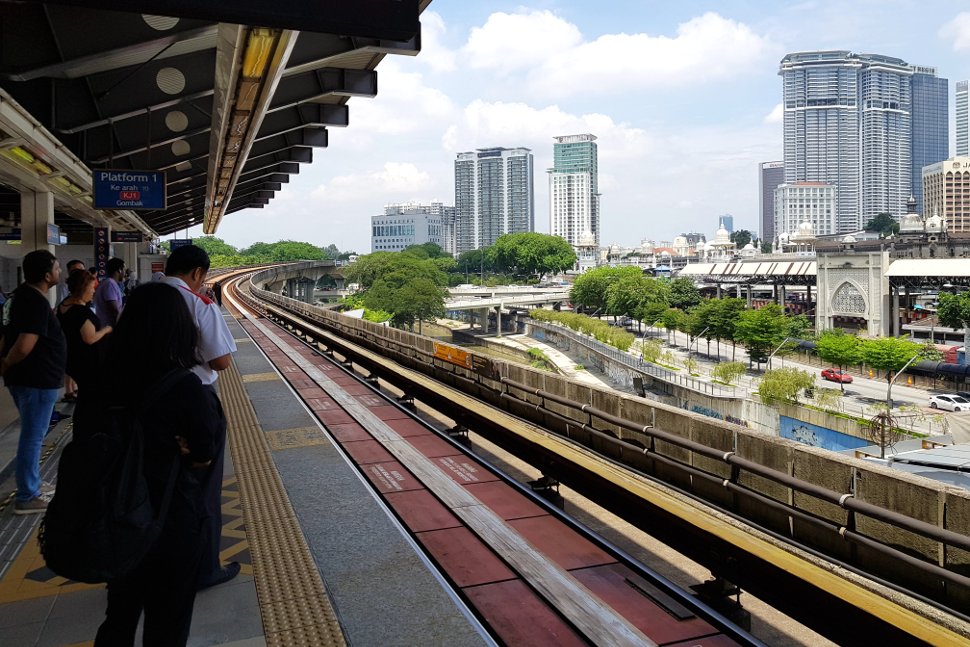 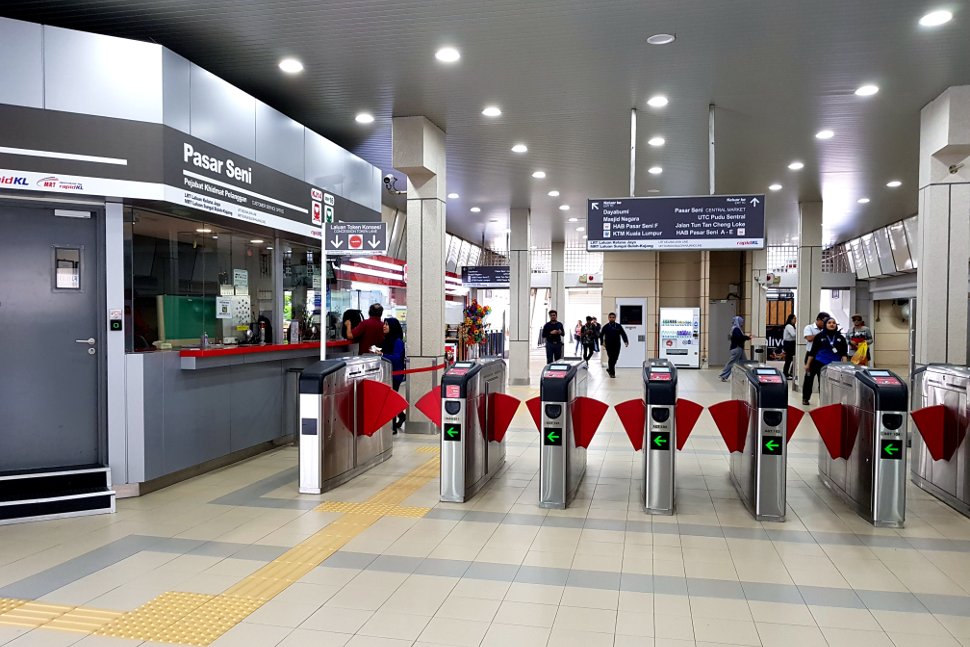 The station has two elevated levels; a concourse level and a platform level above it, with an island platform configuration with two platforms.

At the Concourse Level are the fare gates, ticketing machines, Customer Service Counter, convenience store and bakery. There is a facility for reloading the Touch ‘n Go card at the Maybank ATM in this station.

The Kuala Lumpur Railway Station which the KTM Komuter serves, is a 400 m walk away. The roads and areas surrounding this LRT station serve as important bus terminals.

The ground level of the station is occupied by several bus lanes of the Jalan Sultan Mohamed bus hub. There is also a Rapid Bus Customer Service Office. Covered walkways link the station with the bus hub. Bus hub at the ground level

The station is located next to the Jalan Sultan Mohamed bus hub with buses to Petaling Jaya, Shah Alam and Subang Jaya as well as GO KL buses. Kuala Lumpur General Post Office and the Dayabumi building are nearby the LRT station. 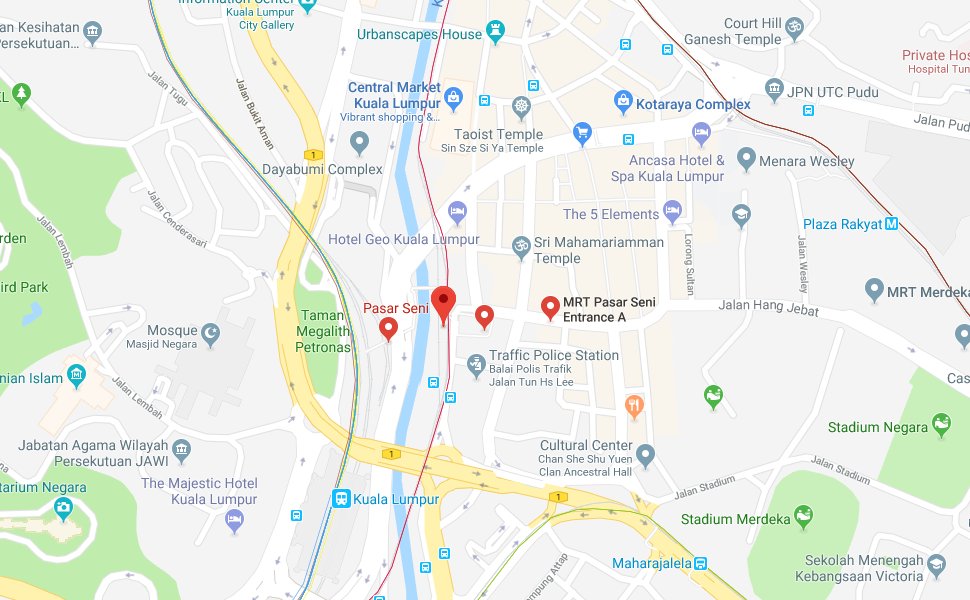 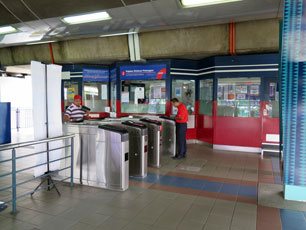 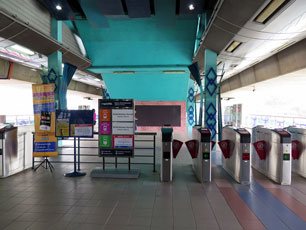 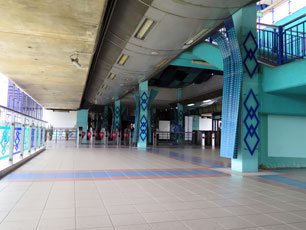 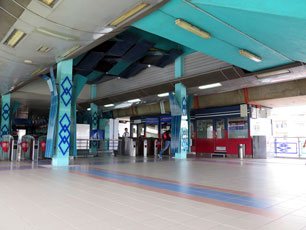 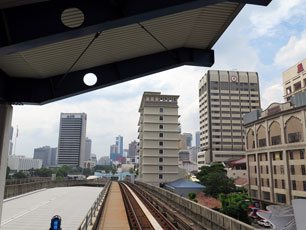 The elevated Pasar Seni LRT station is linked to the underground Pasar Seni MRT Station via a 65 meters paid-to-paid linkway.

The paid-to-paid link is labelled as Entrance C of the MRT station. It however only allows commuters to transfer between the LRT and MRT.