The KLIA Transit ERL train is a rapid transit service designed specially for travellers and airport personnel to travel from Kuala Lumpur city center to the Kuala Lumpur International Airport (KLIA) and the klia2 airport.

The total journey time from KL Sentral to klia2 is just 39 minutes.

The KLIA Transit is one of the two services on the Express Rail Link (ERL), sharing the same tracks as the KLIA Ekspres.

KLIA Transit stops at all stations along the line, while KLIA Ekspres runs non-stop between KL Sentral and KLIA / klia2.

The ERL services now incorporate the new Siemens Desiro ET 425M EMU train which has a maximum speed of 160km/h with onboard features including infotainment systems, Wi-Fi, wheelchair compartments, and baggage racks.

Both the KLIA Ekspres and KLIA Transit ERL train can accommodate up to 540 passengers. 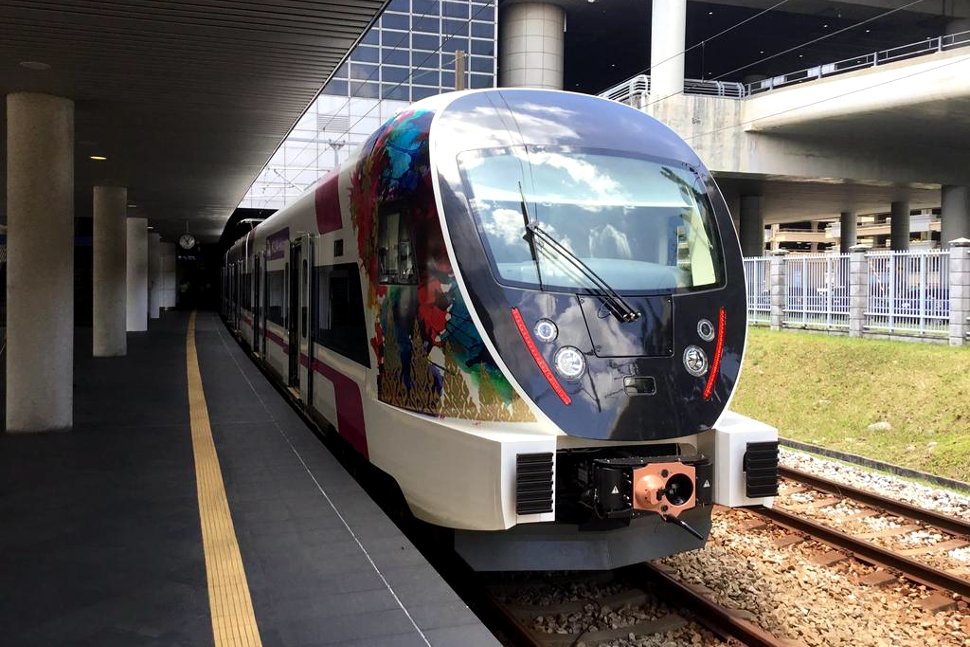 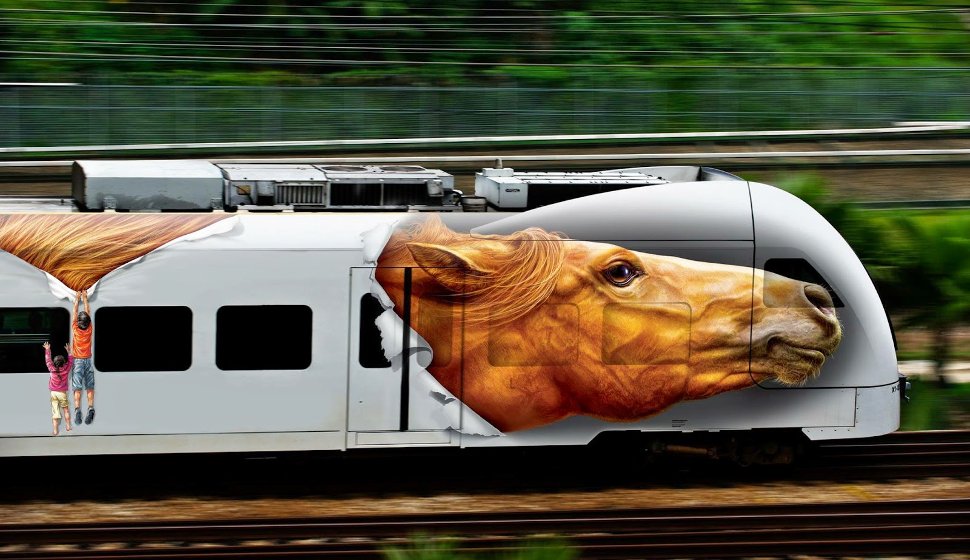 The total distance for the entire rail track from the KL Sentral to the klia2 is 59km and the journey time is 39 minutes. 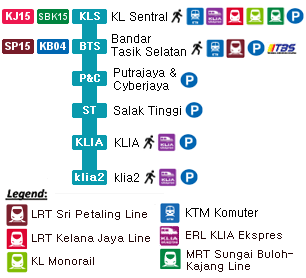 The Putrajaya & Cyberjaya ERL station is located within the Western Transport Terminal (WTT) in Precinct 7 of Putrajaya.

The KL Sentral ERL station is located within the KL Sentral Transportation Hub, near south-west edge of the Central Business District of Kuala Lumpur.

With trains depart every 20 minutes during peak hours, the KLIA Transit train services provide fast and convenient option to travel between the Kuala Lumpur city center and the KLIA / klia2 airports.

The new KLIA Transit train has a maximum speed of 160km/h with comprehensive onboard features. 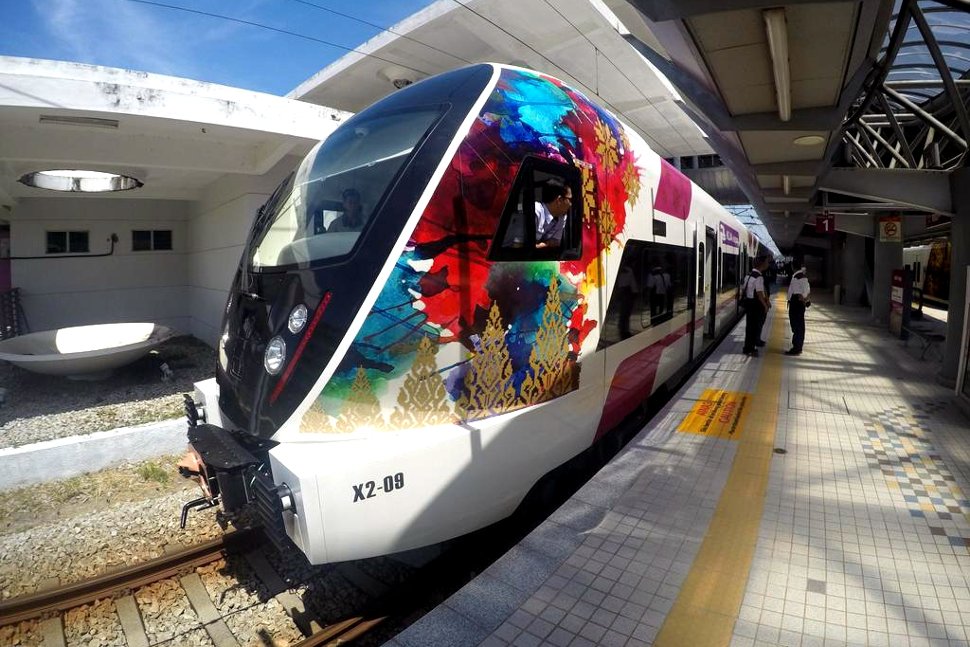 The following is a video on the new KLIA Transit train.

Fast a fast and convenient travel option between the KLIA and klia2, you can take either the KLIA Transit train or KLIA Ekspres train at respective ERL station. 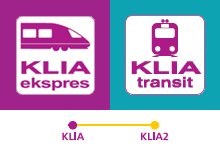 The KLIA Transit train can accommodate up to 540 passengers per train. 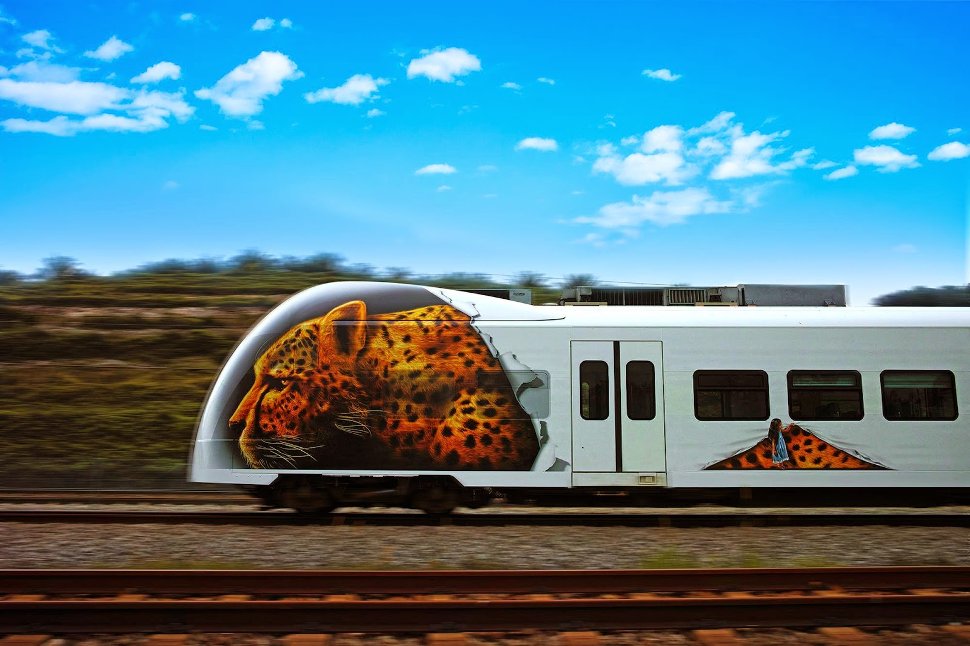 To check the KLIA Tranist train fare, select the

What is the role of KLIA Transit in the Greater Kuala Lumpur / Klang Valley Integrated Transit System? For better visualization, you can review Line 7 – ERL KLIA Transit Line on the following integrated transit map.