Objections: Both the Malaysian Association of Tour and Travel Agents and the National Chamber of Commerce and Industry of Malaysia have poured cold water on MAS’ plan to use klia2, saying such a move could confuse travellers and lead to a downgrade with negative implications for the airline. 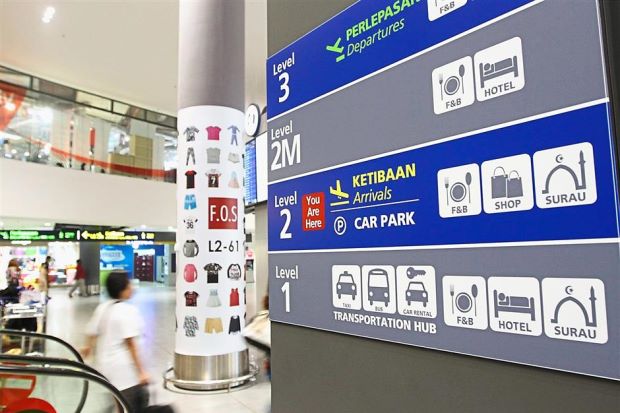 Objections: Both the Malaysian Association of Tour and Travel Agents and the National Chamber of Commerce and Industry of Malaysia have poured cold water on MAS?plan to use klia2, saying such a move could confuse travellers and lead to a downgrade with negative implications for the airline.

THE RM33 price difference is the key factor for Malaysia Airlines Bhd (MAS) to consider some flights out of Kuala Lumpur International Airport 2 (klia2), a move that has been criticised by several industry executives and travellers.

To the critics, it is an “absurd” idea that could lead to MAS losing more money and confusing travellers.

“It is an absolute waste of time and does not make economic sense. Split operations?” asks an industry veteran.

Both the Malaysian Association of Tour and Travel Agents and the National Chamber of Commerce and Industry of Malaysia poured cold water on the plan, saying such a move could confuse travellers and that the plan could lead to a downgrade with negative implications on the airline.

But the new MAS chief executive officer Peter Bellew, who took office on July 1 and on the same day announced plans to fly out of klia2, believes it makes absolute sense.

“The RM33 difference in charges would be key in making the economics of the route development work.

But surprisingly, even his predecessor Christoph Mueller did not implement such a plan during his one-year tenure at MAS. 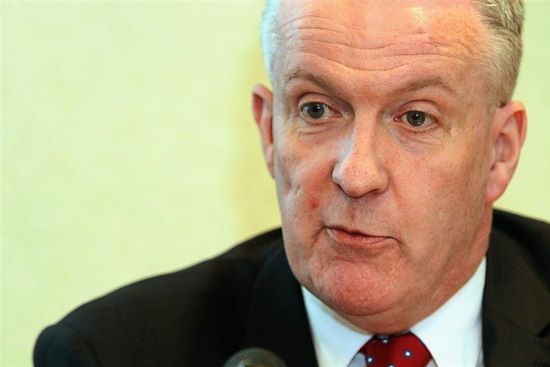 Bellew: The RM33 difference in charges would be key in making the economics of the route development work.

Bellew: ‘The RM33 difference in charges would be key in making the economics of the route development work. RM33 is over US8 per customer. Most airlines’ average profit is less than US8 per customer.’

The current passenger service charge (PSC) at klia2 for international and domestic destinations are RM32 and RM6 per passenger, versus KLIA’s RM65 and RM9, respectively. The RM33 is the difference between RM65 and RM32.

“The PSC is a major factor. It is a huge difference between the two terminals – KLIA and klia2. MAS can charge lower fares based on lower PSCs that has been the low-cost carriers’ (LCCs) advantage.

“The point is that RM65 versus RM32 on a 50-minute flight to Changi in Singapore is a difference of RM33. That is why some airlines can offer RM50 on that route, but MAS can only sell at RM83 one way. So, MAS loses a valuable marketing tool by not offering flights to Singapore from klia2,” says an industry executive.

He adds that “it provides MAS with an airport that provides a 50% cost savings and Bellew is from Ryanair and always hungry to cut cost, especially on leisure routes where yields are low”.

The price advantage is there but so is competition and it may become too intense, as it will be up against AirAsia from klia2.

The question is whether MAS has the staying power to fight AirAsia, which also happens to be the anchor tenant at klia2.

“MAS is at a stage of its life where it needs to excite, attract and cut cost. It needs to dangle lower fares to win back market share. It has lost a lot since the two air disasters in 2014,” says another executive.

Bellew has taken over from Mueller so that there is continuity in the RM6bil transformation of MAS, which promises to return to profitability by 2018.

Bellew in a recent report envisions MAS to be “the airline of choice in the Asian region”.

But what may put a spanner in the works is also the new rates that the Malaysian Aviation Commission (Mavcom) may announce later this year.

The commission is trying to complete its revision for the PSC tariff. It may opt for a tiered model of pricing for different sectors, some rising and others falling, and this could affect the RM33 factor.

CIMB Research notes that the planned move to klia2 will involve extra costs of operating from two terminals, and if Mavcom narrows the differential between KLIA and klia2 tariffs, then the economics of moving to klia2 will not be so attractive.

“Operating from two terminals reduces the ability of MAS to facilitate connecting traffic, as airside transfers between the two terminals are currently not available. Hence, we doubt that MAS will transfer significant traffic to klia2,” CIMB adds.

But Bellew says he is only looking at new routes that would have negligable connecting customers. The vast majority of customers, however, would originate from overseas.

That is why Bellew keeps saying that the “RM33 charge difference is enormous”.

Bellew also does not think he needs a new unit to have part of MAS’ operations coming out of klia2.

Experts, nevertheless, are saying that MAS needs to launch something different from its current offering if it is to operate from klia2.

“We are sure it will launch something slightly different from MAS, perhaps MAS Lite.

“Basically, it is selling a pre-paid product instead of a post-paid one.

“If MAS does not differentiate the product, it means that MAS will bleed even more,” says the executive.

For some time now, the idea of MAS Lite has been talked about in some circles. It is somewhat a hybrid model, where baggage kilos and a snack will be provided free and fares will be much lower than the current rates.

But Bellew is sticking to his guns that the offering will remain as it is.

“It will be the same aircraft and the same services planned,” Bellew says.

He is also not looking at offering flights out of klia2 to domestic destinations, especially Sabah and Sarawak.

“There is no planned domestic flights or connecting flights,” he adds.

But what MAS should really focus on in the future is having an LCC unit despite having burnt its fingers in trying to compete with AirAsia some years back.

“The advantage here is Bellew’s expertise. The question is: will MAS’ parent, Khazanah Nasional Bhd, allow it?” asks an executive.

His rationale is that every legacy carrier has at least one LCC to compete against a newcomer.

He cites Australia’s Qantas having Jetstar, Singapore Airlines operating SilkAir, Tigerair and Scoot. Germany’s Lufthansa has Germanwings and now Eurowings, Air France has Transavia and even Vietnam Airlines has Jetstar Pacific JV. India and China airlines too have LCC units.

“MAS may need to go in that direction at some point, perhaps not now, but for now, a MAS Lite model would be the differentiating factor from its services at KLIA. It needs to differentiate the product at klia2,” says the expert.