AirAsia Founder and Group CEO Tony Fernandes is disgruntled that Malaysia Airports Holdings Berhad (MAHB) had splurged RM4 billion to build klia2 instead of a new low-cost carrier terminal (LCCT) which costs less, and has now demanded for a new LCCT to be built. 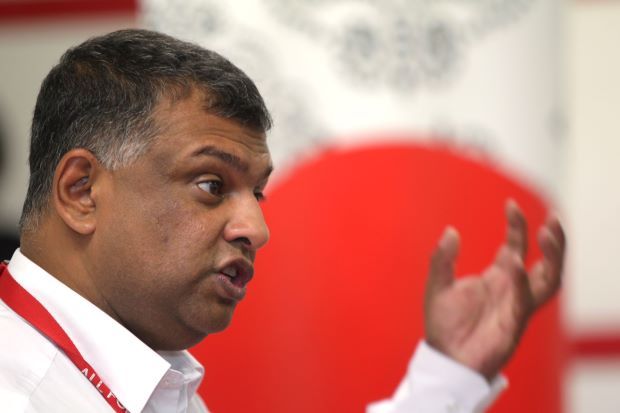 Referring to an article published in The Edge titled ‘MAHB sees clearer skies ahead’ which featured MAHB managing director Datuk Badlisham Ghazali saying they have invested RM4 billion in klia2, and will now review an increase of passenger service charge, as it is not a low-cost terminal, Fernandes took to his Facebook page to vent out his frustration on the facts relayed.

“Yes our terminal was not a low-cost terminal while it was supposed to be,” he said while reiterating how AirAsia had created so much growth because of the LCCT.

He then called on MAHB to build a new LCCT should the airport charges be increased, stating that way more jobs could simultaneously be created.

“Putting up airport tax will destroy a great vision for our country. AirAsia makes up 98 percent of the traffic in that terminal and the rest are low cost carriers.

“If you don't want to call it low cost then build a proper one so we can create more jobs,” he lashed out, adding that MAHB's excuse to raise service charge after splurging so much money was an absurd one.

Fernandes then lamented how MAHB had promised the Cabinet that there would be no need to raise airport charges, and stated how he only wanted an RM2 billion LCCT in Labu, Negeri Sembilan.

“Why did you build a 4 billion airport. Our plans to build a new airport at Labu cost 2 billion. And we projected only 1 billion for new LCCT at KLIA .

Previously, MAHB and AirAsia’s partnership has been at loggerheads over the branding to change the name of klia2.

While Tony insisted on AirAsia’s marketing strategy to promote Malaysia as Asia’s low cost carrier, and will continue to market klia2 to its customers as “LCCT-KL”, MAHB stressed that the name klia2 must be retained.

Transport Minister Datuk Seri Liow Tiong Lai had allowed AirAsia to market the airport as LCCT, saying, “As long as the proposal is good for the nation, the government and MAHB will support such an initiative.”