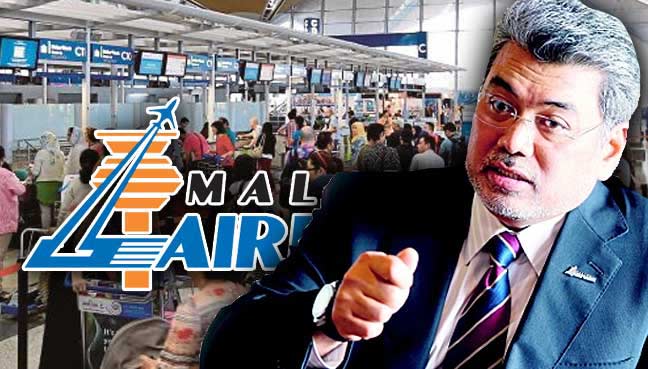 Badlisham, 54, who joined MAHB from the Multimedia Development Corporation in 2014, said this in the hope that the newly-established Malaysian Aviation Commission (Mavcom) would review the PSC, The Edge Weekly reported.

“We invested RM4 billion in the new airport,” Badlisham told the business publication, adding that the PSC is “not based on costs or service levels to some degree.”

Mavcom have reportedly agreed to do a review on aeronautical charges, which covers the PSC, aircraft landing and parking fees, and other ancillary charges as well.

Badlisham also wants the government to do away with the two-tier PSC structure that is applied on airlines using KLIA and klia2, respectively.

“We have lived with this regime – two-tier PSC – for the last nine years,” he said adding that his goal is to close the gap in the PSC structure as he wants to increase MAHB earnings.

“In other countries, the PSC is based on service levels or costs.Badlisham argued that there was no basis for the two-tiered structure, except for a benchmark which was probably done 10 years ago.

“The more I invest in the airport, the more I have the opportunity to raise service levels for airport users,” he said.

Badlisham also told Edge Weekly he had hoped for better ties with AirAsia after taking over at MAHB.

He admitted it was not to be, due to a number of reasons, including AirAsia’s relocation from LCCT to klia2 and disputes over how the new terminal should have been built.

After two years at the helm, Badlisham finds himself bogged down by the same problems as his predecessor with AirAsia. The latest dispute is over changing the name klia2 to LCCT.

Badlisham said that klia2 is not a low-cost carrier terminal, adding “neither is KLIA”.

“So, should I call KLIA low-cost and klia2 lowest cost?” Badlisham asked.

He said this was based on the fact that the PSC at KLIA is lower than at most major airports in Asia, and overall aeronautical charges are also among the lowest in the region.