MAHB managing director Datuk Badlisham Ghazali said the airport operator has had to live with the two-tier passenger service charge (PSC) for the two airports for the past nine years. – File pic 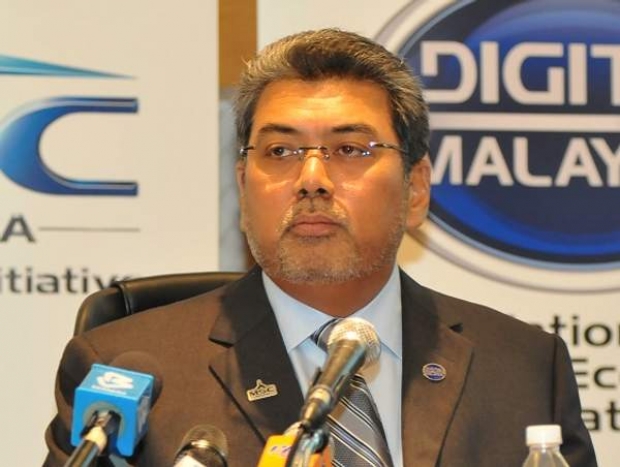 MAHB managing director Datuk Badlisham Ghazali said the airport operator has had to live with the two-tier passenger service charge (PSC) for the two airports for the past nine years.

Malaysia Airport Holdings Bhd (MAHB) is hopeful that passengers flying out from the RM4 billion klia2 airport will soon pay new terminal fees matching the rate payable for flights from the KLIA airport.

MAHB managing director Datuk Badlisham Ghazali said the airport operator has had to live with the two-tier passenger service charge (PSC) for the two airports for the past nine years, but hoped the Malaysian Aviation Commission (Mavcom) will soon remove this system.

“But it is not the regime we put in here. We've invested RM4 billion in klia2, but there has been no corresponding PSC increase because it is not based on costs or service levels to some degree. Mavcom has to set that right,” he was quoted saying by business paper The Edge's weekly edition.

In a separate report by The Star’s business section today, Peter Bellew, who replaced Christoph Mueller as Malaysia Airlines Berhad chief executive officer just a week ago, has said the flag carrier plans to operate from klia2 for selected international flights.

“The RM33 difference in charges would be key in making the economics of the route development work.

“RM33 is over US$8 per customer. Most airlines' average profit is less than US$8 per customer,” he told StarBizWeek, referring to the difference in KLIA and klia2's PSC for international flights.

In The Edge Weekly's report, Badlisham said airlines are free to operate out of both KLIA and klia2, which he said are considered as different terminals of a single airport.

“If Malaysia Airlines CEO Peter Bellew says he wants to move part of the national airline's operations to klia2 to cut cost, we welcome him [to do so]. And if AirAsia says it wants to move half of its operations to KLIA, we also welcome it. We don't designate the airlines by terminal. It is a one-airport system,” he said.

Weighing in on AirAsia's recent bid to rebrand klia2 as LCCT, Badlisham said he was fine with the low-cost carrier's campaign but emphasised that it is not a low-cost terminal.

He noted that klia2 primarily serves low-cost airlines but also serves hybrid airlines, also saying klia2 has more amenities compared to the old LCCT and sufficient parking bays for airlines to use aerobridges.

“If AirAsia wants to rebrand klia2 such that when people mention klia2, they think of low-cost travel and AirAsia (being the largest tenant there), that's okay with me. As it is, our aeronautical charges are among the lowest in the region. The passenger service charge (PSC) at Kuala Lumpur International Airport (KLIA) is lower than those at most other major airports in Asia. So, should I also call KLIA [a] low-cost travel [airport] and klia2 [a] lowest-cost travel [terminal]? But one thing is for sure – it is not a low-cost terminal,” he was quoted saying in The Edge Weekly report.