It is the interchange station between the Ampang Line LRT and the Kelana Jaya Line LRT.

Opened on December 16, 1996 as part of the first phase of the then STAR system (Phase 1), Masjid Jamek LRT station was constructed directly above a bridge along Jalan Tun Perak that crosses the Klang River shortly before the Klang River-Gombak River confluence. 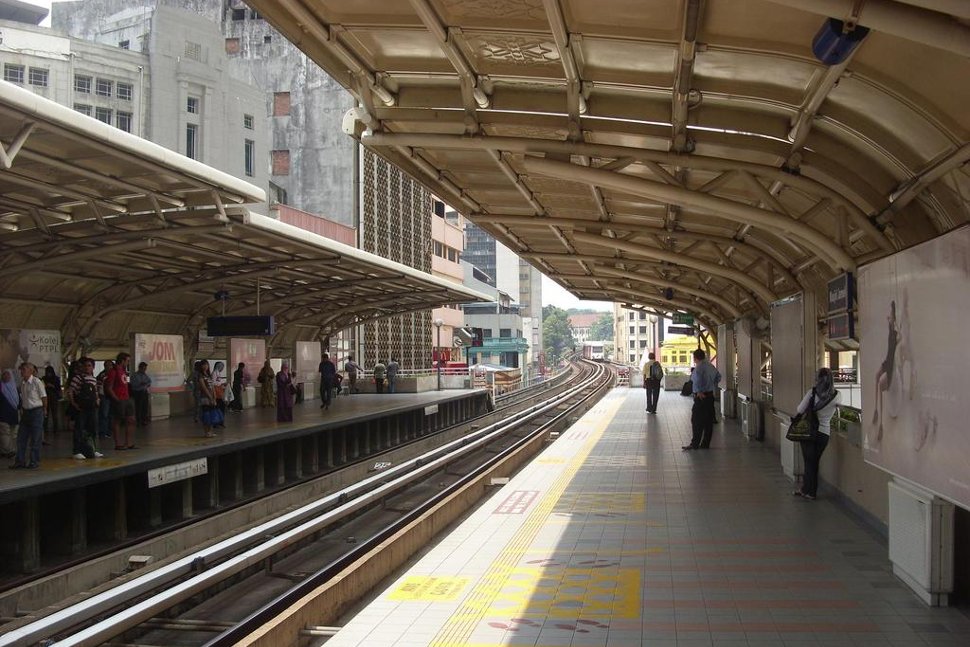 Commuters waiting at the station 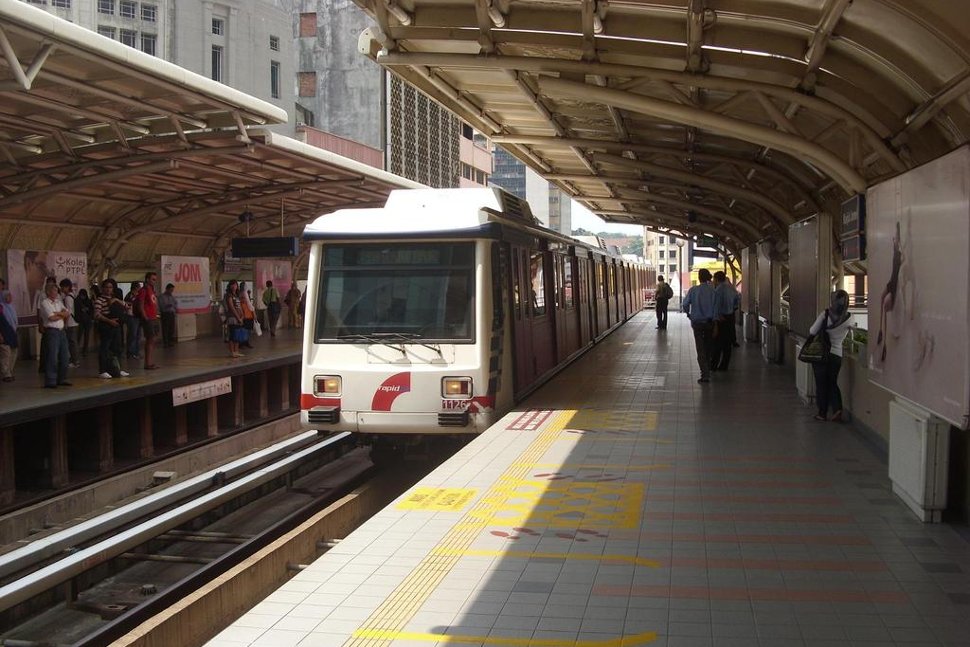 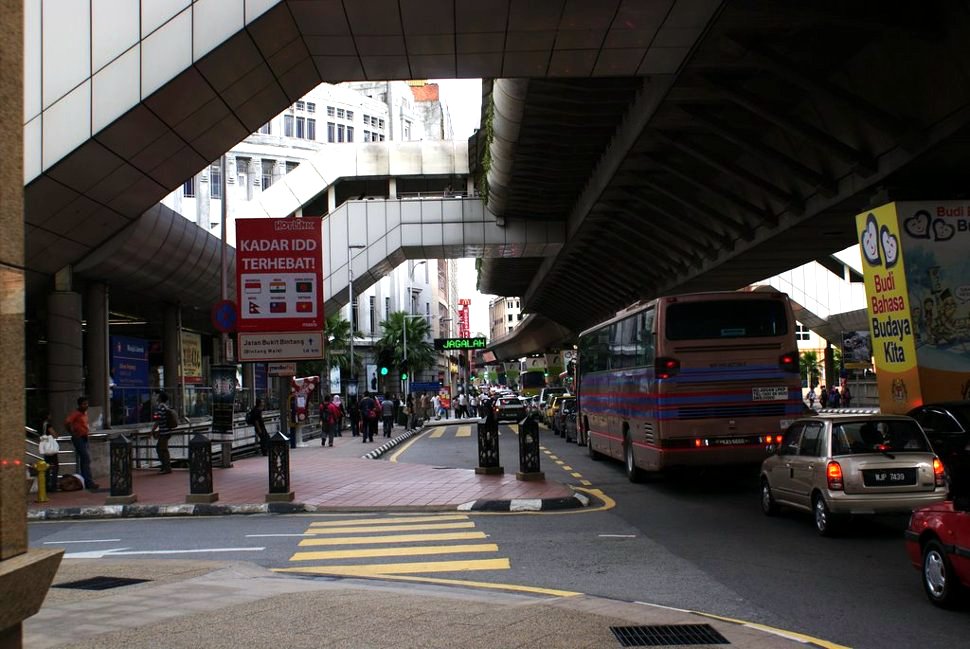 Busy road beneath the station

Its elevated tracks and side platforms are suspended above Jalan Tun Perak, while the ticketing concourses are located over the Klang River, at street level.

The LRT station, similar to surface-level stations from the Chan Sow Lin LRT station on Ampang Line LRT, has one ticketing concourse for each of the two platforms.

The two concourses and their exits are located on both sides of Jalan Tun Perak, and are not integrated with each other. 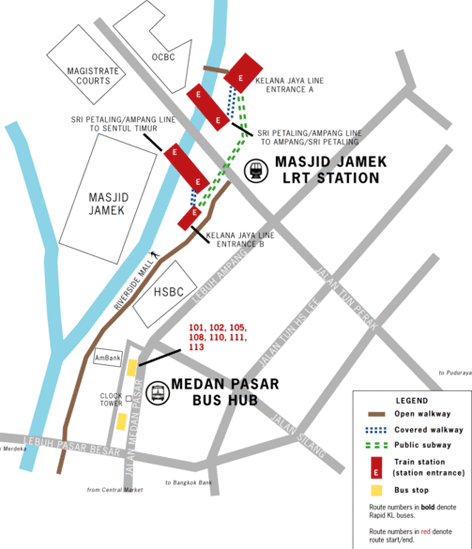 This allowed commuters to transfer from one line to the other without leaving the system for the first time since the two stations became operational. 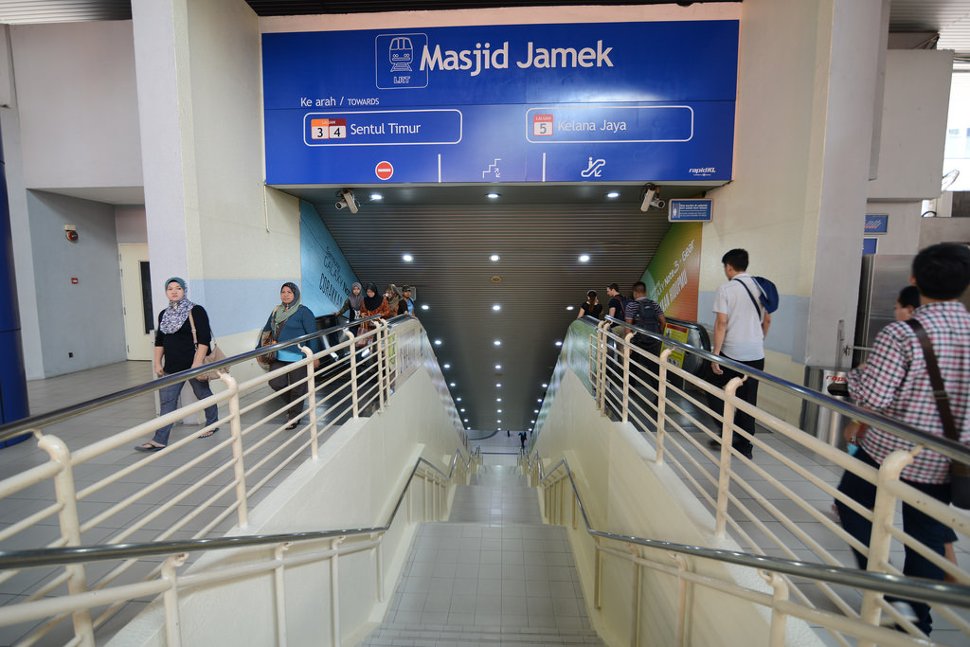 The LRT station is constructed directly above a bridge along Jalan Tun Perak that crosses the Klang River shortly before the Klang River-Gombak River confluence. 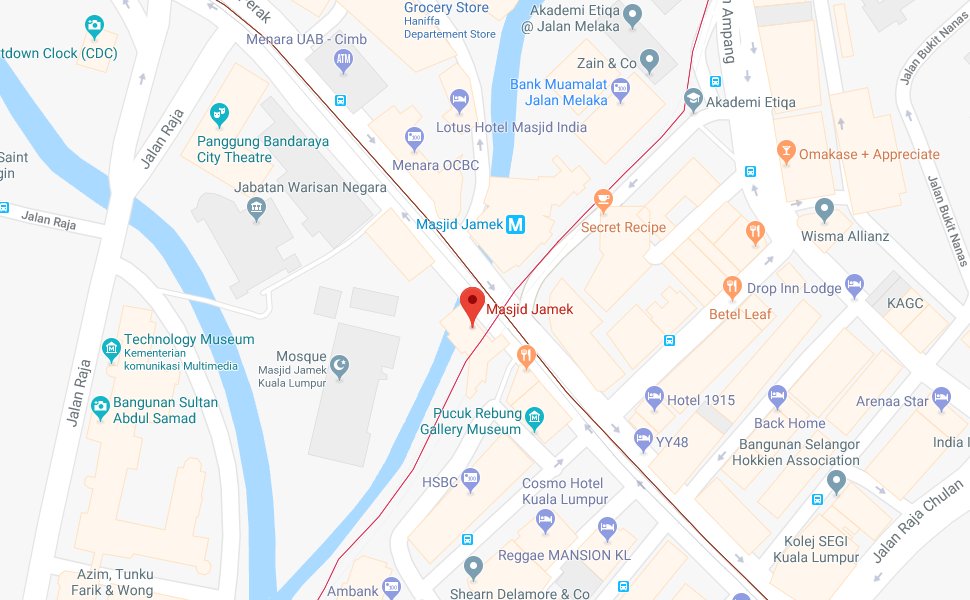 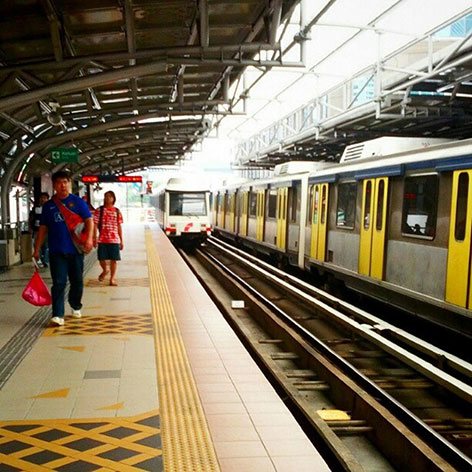 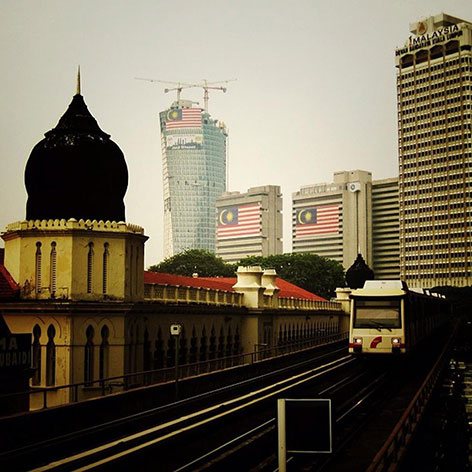 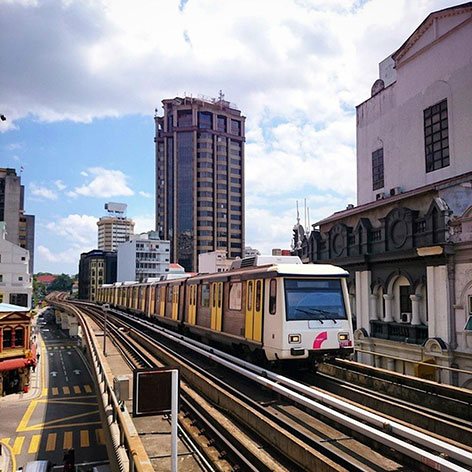 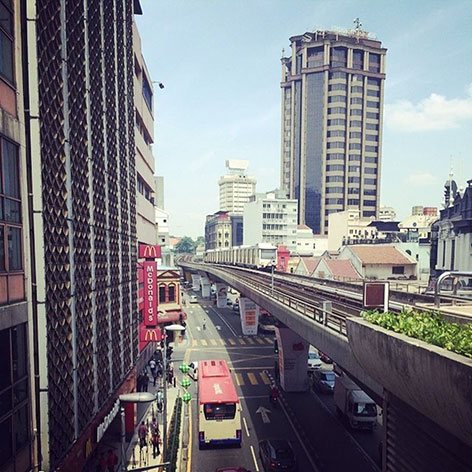 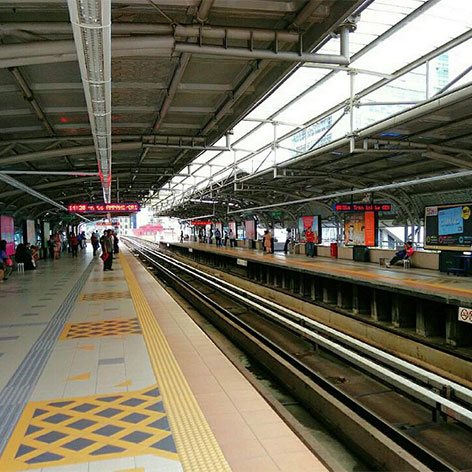 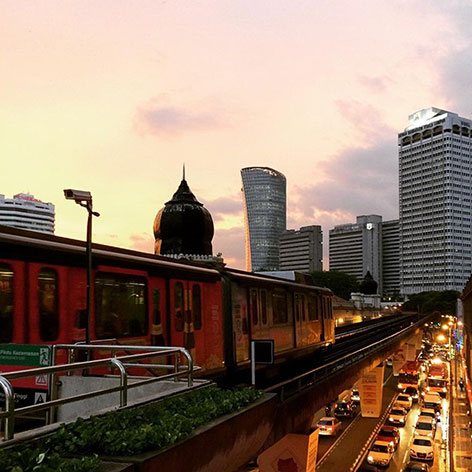