CIMB Equities Research has lowered its target price for Malaysia Airports Holdings Bhd (MAHB) from RM10.56 to RM7.30 as it will have to incur capex to address the weakest aspects of its service quality, under the pain of penalties. 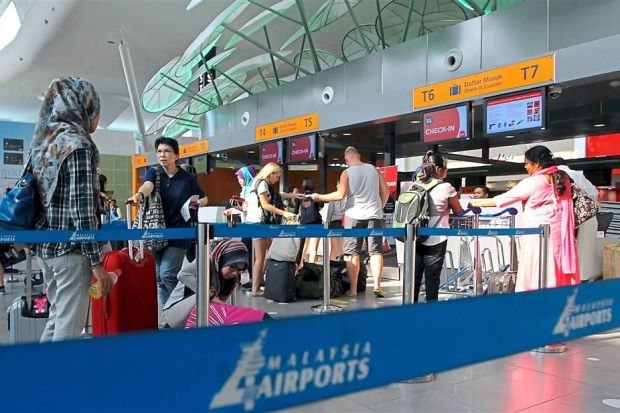 The research house said on Tuesday Implementation of the Regulatory Asset Base (RAB) framework means that MAHB’s return on invested capital (ROIC) must not exceed its weighted average cost of capital (WACC), “forcing us to remove the excess returns from our long-term DCF forecasts”.

Last Friday, the Malaysian Aviation Commission (MAVCOM) hosted a briefing for analysts in relation to two major initiatives related to the regulation of airports in Malaysia.

They are firstly the Regulatory Asset Based (RAB) methodology for the determination and setting of aeronautical tariffs.

The second is the Quality of Service (QOS) framework that determines the quantum of financial penalties payable by airport operators in the event that they fail to meet minimum service thresholds across various elements.

“In our view, MAHB will have to incur capex to address the weakest aspects of its service quality, under the pain of penalties,” it said.

Impact of both regulations on MAHB is negative

The fundamental philosophy behind the QOS and RAB frameworks is to ensure that the airport operator, as a natural monopoly, does not take advantage of its superior competitive position vis-à-vis airport users, to either offer substandard service quality or charge exorbitant tariffs.

This means that MAHB may incur capex costs to reduce the risk of financial penalties under QOS scheme, and will have to be content with ROICs that merely meet, but never exceed, its WACC under the RAB framework.

MAHB risks paying penalties of up to 5.03% of aero revenues at KLIA and klia2 in the event that these two airports fail to meet minimum thresholds of service quality.

“We believe that MAHB will do its utmost to avoid penalties. Hence, we have not factored any penalties into our forecasts.

“However, we estimate MAHB may have to incur capex of RM900m or more over the next four years to replace its aerotrain and baggage-handling systems at KLIA, as these are the two sensitive points for service quality,” said the research house.

CIMB Research said the RAB framework is the key reason that we cut our DCF target price for MAHB. Our previous valuation was based on the existing Operating Agreement (OA) signed between MAHB and the government.

The OA permits five-yearly PSC rate hikes at the cumulative rate of inflation, as well as hikes in landing and parking charges under certain conditions.

However, implementation of the RAB framework, whose key criteria is to ensure that ROIC does not exceed WACC, will supersede the OA on tariff matters.

CIMB Research said the OA permits increases in aero tariffs based on a preset time frame, or based on predetermined conditions that are not linked to financial metrics.

Tariffs never decrease, they only increase inexorably upwards, and tariffs move along their own independent trajectory.

Under the RAB framework, an increase in aero tariffs would only be allowed if ROIC is below WACC.

CIMB Research added that if passenger volumes or non-aero revenues grow quickly, MAHB’s revenues may deliver sufficient return, such that aero tariffs need not be increased.

“AirAsia and AAX have not started collecting the increase of RM23/pax in passenger service charges (PSC) from their passengers travelling to non-ASEAN destinations (even though the new charge took effect on Feb 1, 2018), suggesting that they may resist MAHB’s efforts to collect the same from them, in our view.

“While MAHB has a right to pursue legal action, we are unclear when MAHB would be able to collect the cash,” it said.