The expansion plan of the main terminal of the Kuala Lumpur International Airport (KLIA) could be deferred until 2023, unless the decision can be finalised for the first Regulatory Asset Base (RAB) framework by January 2020.

Malaysia Airports Holdings Bhd (MAHB) group chief executive officer Raja Azmi Raja Nazuddin said the airport operator had appointed a consultant to undertake a feasibility study to give options which will include building a satellite terminal B and interlining, connecting both terminals. 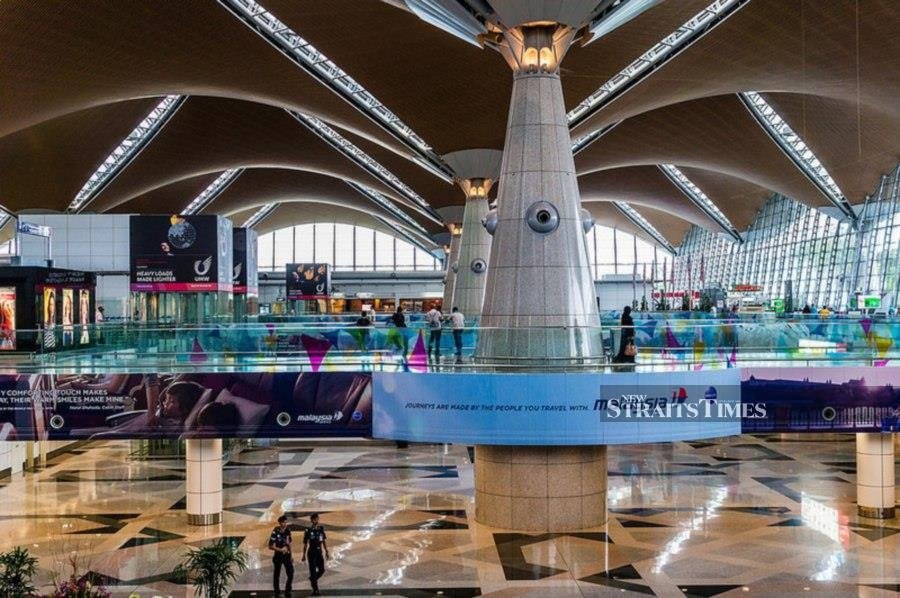 Malaysia Airports Holdings Bhd (MAHB) group chief executive officer Raja Azmi Raja Nazuddin said the airport operator had appointed a consultant to undertake a feasibility study to give options which will include building a satellite terminal B and interlining, connecting both terminals.

“We expect to finalise this (expansion plan) decision by the third-quarter of this year in the first RAB, including the engagement with stakeholders.

“We would rather finalise things that need to be done quickly. If we don’t do anything in the second RAB period, then we will lose a lot of valuable time,” he told New Straits Times in an interview recently.

Under MAHB’s KLIA master plan, Raja Azmi said there was enough room for Satellite B that resembles satellite A at the main KLIA terminal.

However, he did not rule out that the airport operator would consider building an interlining between the two terminal KLIA and klia2.

“Interlining has a lot of advantages for seamless movement of travelling passengers and their baggage. Interlining is a promising proposition to leverage on high transiting passenger volume,” he added.

Most travelling passengers in Southeast Asia usually choose either transiting to Bangkok or Changi as these airports equipped with interlining system with well-connected terminals.

“We (MAHB) probably lose transiting traffic that chooses to have easier minimum connecting time (MCT) if passengers want to go to Changi or Bangkok for better MCT.

“But, we neither rule out to build satellite B. hence, we will do the whole study and present the proposal to MAVCOM and the government to make a final decision,” he said.

However, Raja Azmi said MAHB could not undertake both expansion proposals simultaneously as the funding would be ‘astronomical’.

“Whatever we (MAHB) decide, it has a long-term implication on the whole national aviation landscape. We have transit at klia2 with AirAsia network as the airline does a lot of point-to-point destination. It is an advantage for the country as the airline has a hub in Malaysia,” he said.

Raja Azmi said MAHB might expand the number of connectivity at KLIA to get AirAsia to interline with other 68 airlines in operation at the main terminal.

Interlining is the cooperation between airlines to expand their connectivity, while facilitating seamless flow for travelling passengers to have a multiple point of connectivity.

Meanwhile, MAHB was in the midst of embarking on baggage handling system (BHS) replacement exercise at the main KLIA terminal, beginning this year.

Raja Azmi said the initiative was pivotal to replace KLIA’s aging asset as the airport operator has never undertaken any form of replacement programme for the airport since its commenced operation about 20 years ago.

“The replacement particularly involves the BHS and later the aerotrain with a combined cost of up to RM600 million,” he said.

Raja Azmi said MAHB would also embarking on its planned runway closures for the airport to operate sustainably, citing that all runways need proper rehabilitation for safety and security risks.