The era of robotics, biometric check-in and augmented reality has arrived in airports, promising to make the passenger travel experience more efficient and comfortable. Here’s a look at the latest technologies in Asia-Pacific airports, and new innovations ahead.

Incheon International Airport’s new Terminal 2 was opened in January in time for the Pyeongchang Winter Olympics the following month, with a key focus on technology and innovation to enhance the passenger experience and stay ahead of the competition in the airport sector. 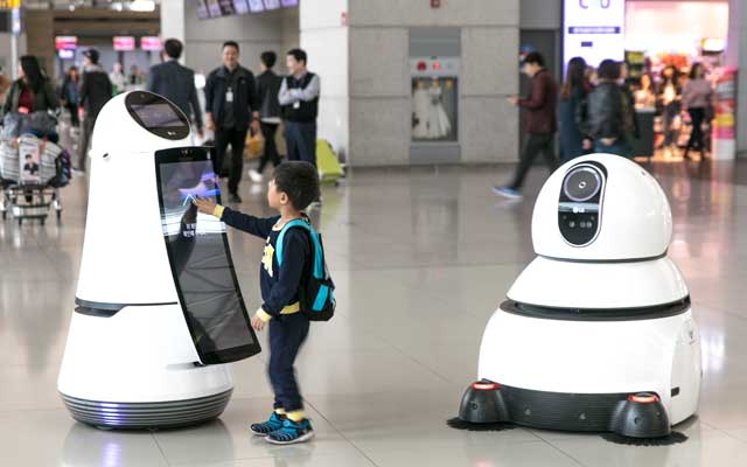 Jo Soo-dong, senior manager of the Smart Airport Team, told TTG Asia: “We believe that by applying new smart technologies throughout the airport, we will be able to enhance passengers’ convenience and make Incheon to be known as a ‘high-tech airport’.”

The latest addition to Incheon’s tech repertoire this month will be the Chatbot, which according to Jo is “a talking robot that interacts with passengers”, featuring a message programme that enables it to communicate information about the airport’s facilities to travellers.

A separate guide robot will be introduced the following month, Jo revealed. “When you ask for directions, the android will first show you the shortest and quickest route – including all the shortcuts that it knows – and guide the traveller to their final destination,” he said.

A portable biometric security system was piloted at Incheon earlier this year, and this is expected to be rolled out throughout the airport by summer 2019, according to Jo.

“We are in the process of completing the research,” he said. “By using these fingerprint scanners, people will no longer need to bring paperwork or physical documents to the airport to check in. We believe this will make checking in quicker, easier and more convenient for passengers,” he added.

Earlier this year, remote check-in facilities at bus and train stations were rolled out in central Seoul and across South Korea. This new system enables passengers to check in their luggage and obtain their travel documents prior to their arrival at the airport, offering “a much simpler journey from home to the departure lounge”, Jo said.

“Passengers have been particularly pleased to be able to hand over their heavy suitcases and no longer worry about them all the way to their (final) destination.” – Julian Ryall

In anticipation of the tourist surge that the Rugby World Cup 2019 and 2020 Tokyo Olympics will bring, cutting-edge technology and innovations will now play critical roles in enabling Tokyo’s Haneda International Airport to cope with increased arrivals while delivering seamless service for passengers.

“IATA is a strong advocate of the ‘fast travel’ concept and we are presently introducing eight fast travel features to provide our passengers with better services. These include the introduction of new technology at the check-in and security gates,” said Fumitake Tsukamoto, head of Tokyo International Air Terminal’s corporate planning division.

Meanwhile, robot technology is a firm favourite at Haneda, and a fleet of humanoid Pepper robots was sent out among passengers at the airport in February to cope with the surge of Chinese tourists arriving for the Spring Festival holidays, Tsukamoto said. The Pepper robots were programmed to communicate in English and Chinese, and to provide information on access to gates as well as dining facilities, retail outlets and public toilets.

Earlier, Haneda deployed another robot variant, the humanoid EMIEW3, to reply to questions from travellers as it roves the concourses on wheels. Perhaps most remarkably, it is able to interpret the movements of a human and his or her immediate environment – such as consulting a map of the airport facilities – an autonomously initiate an interaction, enquiring if the traveller requires assistance. – Julian Ryall

From kerb to gate, innovation and technology are playing greater roles than ever in shaping the passenger travel experience at Hong Kong International Airport (HKIA).

The airport is seeking to “transform the passenger journey into a fully automated and self-serviced process” with the objective of making travel at HKIA “fast, easy and as simple as riding a bus”, said Chris Au Young, general manager for smart airport at Airport Authority Hong Kong.

Automation of processes are now underway at HKIA. The self-bag drop service was first introduced in 2016 to enable passengers to check in baggage by themselves and save on processing time. To date, 120 self-bag drop counters have been installed in the airport.

Since end-2017, HKIA has introduced iCUSS mobile check-in kiosks for travellers to complete their check-in procedures anywhere, from the airport terminals to external locations such as hotels, theme parks and conference centres. Together with the self-bag drop service, the entire check-in process is now more efficient for passengers.

As well, HKIA is set to roll out biometric technology services from late-2018 onwards. By showing their passports and having their faces scanned at check-in, travellers will soon get through security and immigration checkpoints for boarding without having to produce their passports repeatedly.

The HKG My Flight mobile app recently added an augmented reality (AR) navigation function, which guides passengers towards facilities at the airport with instructions overlaid in camera view and terminal signage in users’ own languages.

HKIA has also launched MyTAG, a smart luggage tag that notifies passengers on their smartphones when their checked bags arrive at the baggage reclaim carousel. – Prudence Lui

Melbourne Airport is innovating to speed up the check-in process for frequent international travellers and enhancing security with a less invasive and fully integrated screening system in a first for Australia. 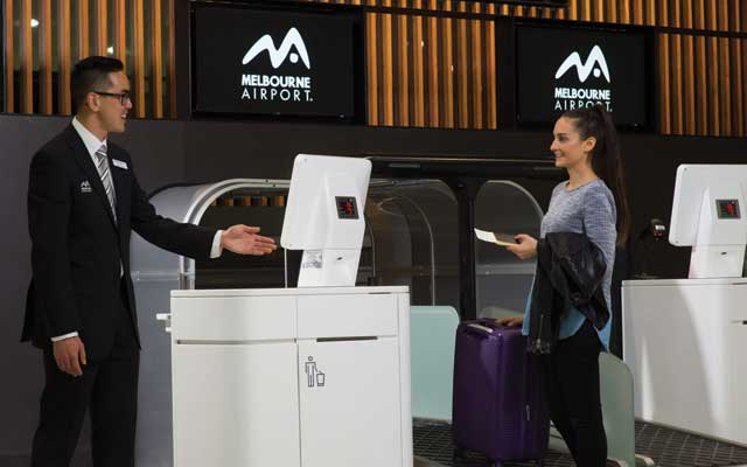 “(We want to) reduce the amount of time spent queueing at the airport. The new technology (also) frees up airline customer service agents to roam in check-in areas, and connect with passengers in a way that you can’t get from behind a conventional check-in desk.”

By September, Melbourne Airport will be the only Australian airport to have a fully integrated international screening point outfitted with Smart Security, a joint security initiative by Airports Council International and IATA. It will include parallel divestment stations to allow multiple passengers to simultaneously prepare and push their trays into the screening queue, allowing passengers with few items to submit for screening and ‘jump the queue’, while those with more items to offload can take their time.

Automated gates will be used for boarding pass verification, extended screening lanes will be added, and automated tray return systems will be introduced. “Further, new body scanners will be much more efficient in processing travellers and will be far less invasive by removing the need for travellers to hold up their hands and circle through,” said Gandy.

Melbourne Airport introduced a chatbot late last year to give travellers access to real-time flight information, links to services like lost property and online carpark booking, and information on dining and retail options.

“Many of our travellers are return users and we believe the function will continue to evolve and play a big part in our traveller experience offering,” said Gandy. The chatbot has more than 19,000 users to date. – Adelaine Ng

As part of its ‘Runway to Success 2020’ five-year business strategy, Malaysia Airports Holdings Berhad (MAHB) has embarked on a digital transformation strategy that involves the use of big data analytics and the Internet of Things to improve the passenger experience and operational efficiency at the five international gateways, including Kuala Lumpur International Airport (KLIA), and 16 domestic airports it manages.

MAHB will team up with information management specialist OpenText to innovate KLIA and klia2 operations, including developing intelligent automation, predictive analytics and expanded digital services at both terminals.

In early June, MAHB introduced the MYairports mobile app, an airport travel guide, under its Airports 4.0 digital initiative supported with a RM30 million (US$7.5 million) investment.

MYairports allows passengers to “plan their journey in the palm of their hand”, said MAHB’s managing director Badlisham Ghazali, providing users with real-time flight updates, shopping and dining promotions, while airport services such as self-check-in and self-bag drop facilities and passengers’ authenticity can be verified as well. Furthermore, passengers can shop online through the “click and collect” service and have the products delivered to their boarding gate.

MAHB has also collaborated with the government of Saudi Arabia to introduce the world’s first proof of concept (POC) for pre-clearance of haj pilgrims at KLIA’s departure point. The POC process at KLIA takes around 30 minutes, compared with five to six hours of immigration processing in Saudi Arabia in the past. – S Puvaneswary

The opening of Terminal 4 (T4) in October last year marked the latest wave of innovation for Singapore Changi Airport. Most notably, the terminal debuted the airport’s Fast and Seamless Travel (FAST) system that offers end-to-end self-service options for passengers.

This fully automated process is expected to yield some 20 per cent long-term manpower savings, and the terminal is poised to raise the total annual capacity of Changi Airport by 16 million passengers a year. As of February 8, it has handled more than 1.6 million passengers since its opening.

Crowning this development is the 14,000m2 Canopy Park that will feature attractions such as sky nets, hedge and mirror mazes, 1,400 trees and palms, as well as dining outlets.

Jewel is scheduled to open in early 2019, and its Level 1 will be directly connected to the T1 Arrival Hall. – Pamela Chow