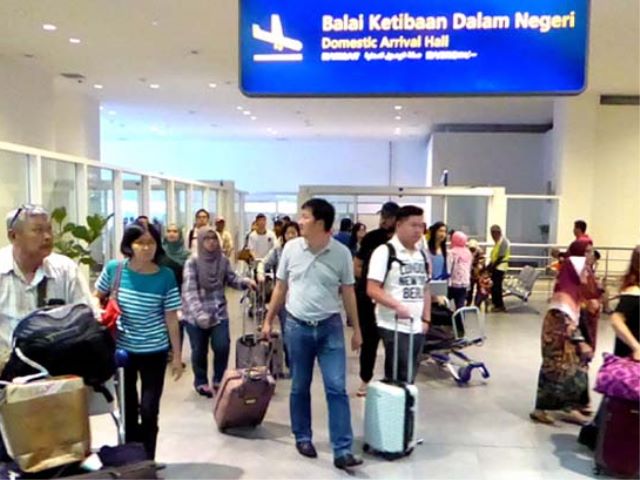 CIMB Research analyst Raymond Yap, who has a “reduce” call on the stock from an “add” call, also cut the target price to RM7.30, from RM10.56.

He saw the two major regulations to be introduced progressively – the quality of service (QoS) and regulatory asset base (RAB) regulations – as having a negative impact on the company financially and valuation-wise although their implementation will raise the bar of aviation regulation in the country to First World standards.

While noting that the regulations were needed to protect airport users from exploitative practices or offering substandard service, Yap said “regulation is never entirely good for the business being regulated, in our view, because at the heart of regulation, is the aim of protecting the individual consumer”.

Yap said MAHB risked being penalised with up to 5.03% of aeronautical revenue, if its two main airports – KLIA and klia2 – fail to meet various criteria related to passenger comfort and the needs of other airport users including airlines and ground handlers.

The maximum financial penalty will be 3.36% for mid-sized airports while small airports can be imposed a maximum 2.65%.

“Anecdotal evidence suggests that MAHB is weak in the area of toilet cleanliness and WiFi availability.

“Some other critical areas of weakness including aerotrain reliability and issues related to baggage handling, both at KLIA, may require MAHB to invest additional capital,” Yap said.

The QoS will be introduced in three stages – July 2018, January 2019 and July 2019 – at KLIA and klia2, the Penang and Kota Kinabalu airports next year and other airports in the country in 2020.

The RAB, which will determine aeronautical tariffs, will be implemented in 2020 but not before finalisation of the terms and calculations in the second-half of this year and the commencement of a so-called “shadow period” next year.

“There is clearly some risk that MAHB may be hit with some level of financial penalties for failure to achieve QoS thresholds, although this is not our base case assumption,” Yap said, adding that the company would strive to avoid the penalties.

He viewed the need to spend on the renewal and replacement of KLIA’s aerotrain services and baggage-handling capabilities as a tax on shareholders and this would reduce MAHB’s share valuation on a discounted cash flow (DCF) basis since the spending does not add to revenue-generating but preserves existing revenue-generating capacity.

Yap said MAHB’s target share price was also cut as the existing operating agreement signed with the Government that allows passenger service charges and other landing and parking charges to be raised every five years will be superceded by the RAB.

“For example, weighted average cost of capital (WACC) and risk of misforecast will be borne by MAHB or consumers?” he asked.

The WACC refers to the cost of capital that must be repaid, which under the RAB, mean that only if return on invested capital fall below the WACC, will Mavcom allow tariffs to be raised.

Mohshin, who has an unchanged “sell” call on the stock with an unchanged DCF target price of RM8.11 pending a visit to the company, said dividend could be cut if the company opts to reduce gearing ratio while erratic cost spikes may further erode earnings projections.

He said the upside to the average airport traffic growth to the historical norms of 6% to 8% would see a re-rating of the stock.