A legal tussle may be in the air as the long-running dispute over airport taxes between Malaysia’s dominant airport operator and Asia’s biggest budget airline group has flared up again. 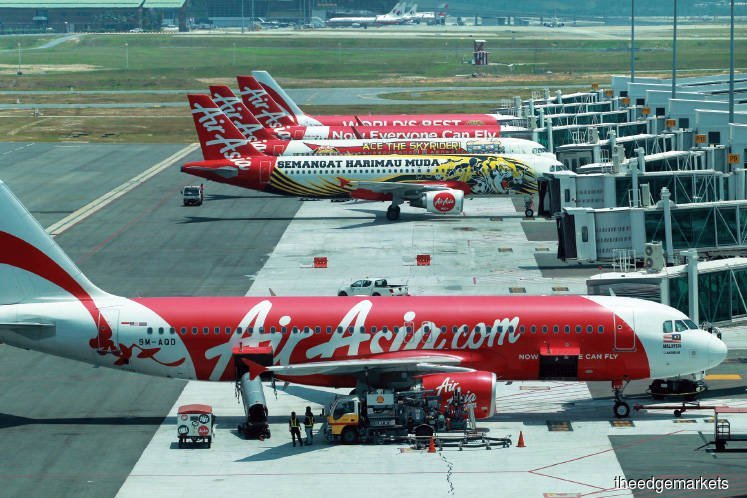 Even though tax has been set at RM73 per passenger beginning Jan 1, both carriers had only been collecting RM50 per passenger. MAHB is now demanding they cough up the RM23 difference per passenger.

The sums demanded by MAHB are understood to be not overly significant relative to either airlines’ earnings. However, the request directly challenges the airlines’ principled refusal to comply with the new airport tax — called passenger service charge (PSC) — and could result in a legal battle should AirAsia stands its ground.

For perspective, AirAsia X carried 1.51 million passengers from July 1 to Sept 30 while AAGB carried 10.8 million. However, it is worth noting that both figures include departures from other countries and that the PSC is only applicable for departures from Malaysian airports.

Paying up will have a number of implications for the airlines. Firstly, AirAsia has only been collecting RM50 out of principle, so remitting the difference would mean paying up the difference out of its own coffers.

Such payment may also be taken as implicit recognition of the PSC rate. Complying with the PSC rate would subsequently continue to eat into the group’s margins unless AirAsia raises its fares.

For AirAsia X, the additional RM23 per passenger may prove tricky to collect as it is already grappling with rising fuel costs and falling average fares. In the third quarter ended Sept 30, the airline saw its net operating losses widen to RM205.2 million as revenue slipped 4% year on year.

Both MAHB and AirAsia X decline to comment, but people familiar with the situation say the airlines and airport operator are currently in talks to find a resolution.

AirAsia has long maintained that the PSC rate is unfair following an equalisation exercise by the Malaysian Aviation Commission (Mavcom) last year.

In a nutshell, AirAsia had been arguing that the inferior facilities and services at klia2 do not justify equal PSC with the Kuala Lumpur International Airport (KLIA) main terminal.

On the other hand, other airlines flying out of the KLIA main terminal — as well as international bodies representing them — maintain that such differential pricing creates unfair competition as some airlines would then have more room to play with profit margins.

Prior to the equalisation, the klia2 terminal of KLIA — from which both AirAsia airlines operate — charged a much lower PSC compared with the KLIA main terminal and other airports nationwide.

Last year, Mavcom raised the PSC at all airports to RM11 for domestic departures and introduced an Asean-tier PSC of RM35.

Beginning Jan 1, the PSCs for international departures out of klia2 were supposed to rise to RM73, matching that of other international airports in Malaysia.

In April, The Edge reported that airlines flying out of klia2 were still charging a PSC rate that was lower than the gazetted RM73 rate.

Although there are several other airlines operating out of klia2, AirAsia commands the lion’s share of passenger volume at the terminal.

When asked at the time, MAHB said, “While Mavcom has regulated the PSC rates, which include RM73 for non-Asean international passengers, the implementation has been deferred until further notice.”

It is understood that the previous government had quietly allowed the uneven PSCs for international departures to remain. However, MAHB pressed for the full charge after the change in government in May.

“Since July 1, everything (PSC at klia2 compared with other airports) has been at the same rate,” MAHB acting CEO Raja Azmi Raja Nazuddin told The Edge in September.

However, last week, AirAsia CEO Riad Asmat told a local media outfit that the airline was still collecting only RM50 per passenger for international departures.

Riad, who helms AAGB’s Malaysian operations, was reported to have said the PSC rate is unfair to its passengers as the facilities at klia2 are inferior to those enjoyed by passengers using the KLIA main terminal.

Expressing optimism that the government will find a win-win resolution for the PSC impasse, he noted that AirAsia’s target market is very price-sensitive to higher charges. “People say, ‘Why should AirAsia worry about the PSC when it is the passengers who are paying?’ From my perspective, how long can the passengers pay if we keep pushing costs to them?”

The confirmation that AirAsia is still not complying fully with the gazetted PSC rate sparked renewed criticism from the Board of Airline Representatives Malaysia (BAR), which represents most airlines operating out of the country.

“BAR’s view is that any airline that does not collect or collects less than the required amount gets a financial advantage at the expense of the aviation industry in the country. This is unacceptable,” it was reported as saying last Friday.

The renewed tension between MAHB and AirAsia over the PSC issue is yet another test for the new government, particularly the Ministry of Transport, which has indicated multiple times that it favours a lower PSC, contrary to the previous government’s direction.

“Lowering the PSC is on the agenda to make [air] travel more affordable for Malaysians,” minister Anthony Loke said on Nov 22.

Yet, any pursuit of a lower PSC by the ministry would seem to be at odds with Mavcom’s longstanding position that equalising the charge is necessary to level the playing field among airlines.