MALAYSIA Airport Holdings Bhd (MAHB) does not expect the new airport passenger tax will impact traffic as the country continues to draw millions of tourists and locals with a rising desire to travel abroad. 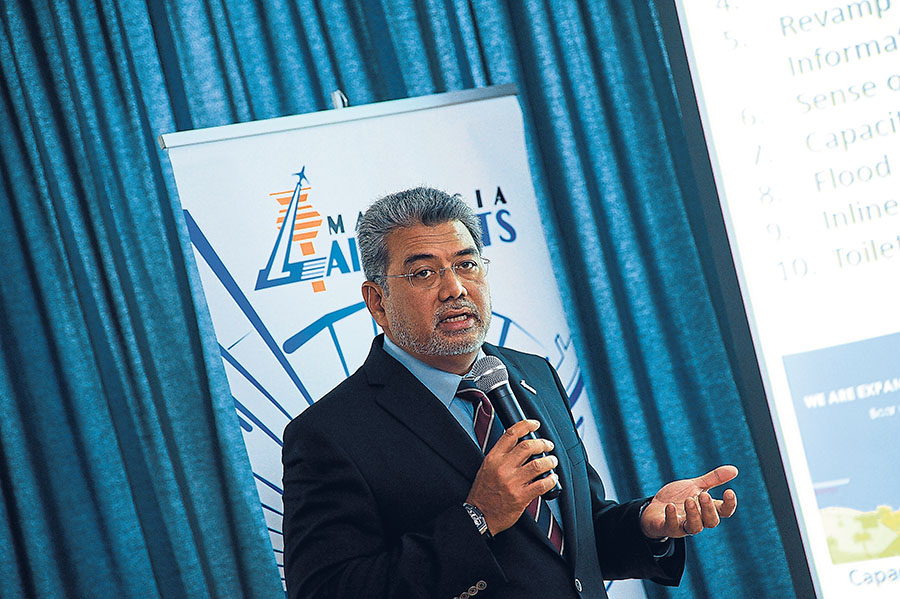 MAHB forecasts air travel in Malaysia to remain robust this year with a 6.3% growth

Passengers flying to international destinations beyond the Asean region at Kuala Lumpur International Airport 2 (klia2) will have to pay RM73 for the passenger service charge (PSC) from the current RM50 starting this year.

The new PSC rate was announced by the Malaysian Aviation Commission, the regulator of the country’s commercial aviation sector.

For domestic and Asean countries, the rate remains at RM11 and RM35 respectively for all airports. AirAsia, Cebu Pacific Air, Jet Asia and Tiger Air are among the airlines that are currently operating at klia2.

“This indicates that Malaysia is still attractive to receive more foreigners,” he said in Kuala Lumpur last Friday.

MAHB handled 96.5 million passengers last year, an 8.5% rise over the 2016 figure, supported mainly by the international sector which averaged at 8.5%, compared to the domestic sector of 6.5%.

“When you travel abroad, you have to pay the Malaysian airport tax and the international airport tax charged by the country that you are about to depart, which is significantly higher than what we charge.

“This is why the government is also encouraging MAHB to leverage on other revenue generating models to avoid raising the PSC,” he said.

MAHB has projected air travel in Malaysia to remain robust this year with a 6.3% growth — 4.3% and 8.3% rise for domestic and international travellers respectively.

The country’s largest airport operator plans to increase its capital expenditure by 30%.

“Ten airports would be undergoing upgrading exercises starting from this year to improve the overall customer experience, transfers process, waiting time and congestion,” he said.

However, he did not divulge the amount of investments required for this refurbishment initiative.

“We are still finalising our financial reports at the present time,” he said, adding that the announcement will be made in an appropriate time.

In addition, big data analytics and digitalisation would also be a primary thrust to capture in-depth data and information on functions and customer profiles.

The company will also focus on growing its international business. The construction of the second runway at Istanbul Sabiha Gokcen International Airport by the Turkish government is on track for completion this year.