The regulator said it had filed a police report against AirAsia Chief Executive Tony Fernandes, who said the airline had been summoned by it before polling day and told to cancel all additional flights.

In a statement, the Malaysian Aviation Commission (Mavcom) said it “categorically refutes the accusation that it told AirAsia to cancel all 120 additional flights applied for by AirAsia during the 14th Malaysian General Election period”.

Mavcom “views Fernandes’ claims as serious accusations and has lodged a police report,” it added.

AirAsia did not immediately comment when contacted by Reuters.

He said he had come under “intense” pressure in the lead-up to the election for adding extra flights and refusing to fire the chairman of a subsidiary who had expressed support for Mahathir.

“Within 24 hours, we were summoned by the Malaysian Aviation Commission and told to cancel all those flights. That put us again under tremendous pressure,” Fernandes said, adding that his airline had added 120 flights.

On Tuesday, the regulator said it had approved 66 extra flights AirAsia applied for on April 23, after the airline revised down its earlier applications for a total of 140 additional flights.

“The commission has never issued any directive to AirAsia or any other airline to reduce or cancel any flights where regulatory requirements are met,” it added.

The regulator also denied summoning any AirAsia staff to appear before it between April 17 and May 13.

Shares in AirAsia edged down 0.9 percent in Tuesday afternoon trading. They had closed Monday down more than 5 percent, as investors fretted over the company’s relationship with a new government in Malaysia, where it has the biggest domestic share.

Several airlines added flights after the election date was announced and Malaysians made plans to travel to their hometowns to vote. 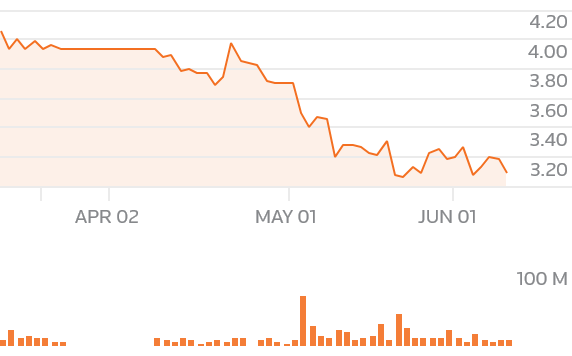 “Only AirAsia proceeded to reduce its application for extra flights while Firefly, Malaysia Airlines and Malindo Air maintained their requests,” the regulator said.

It added that it had approved 166 additional flights for various Malaysian-based airlines by April 24, including AirAsia.