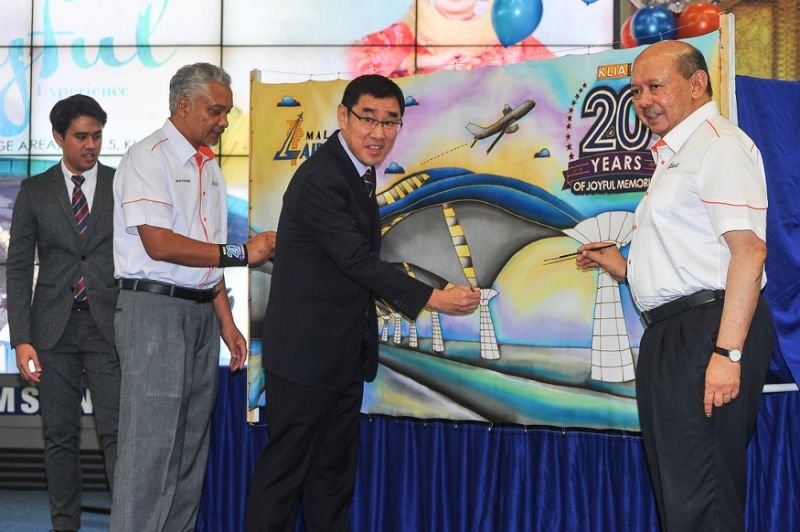 “It is important to understand the roles and responsibilities of all the different units that make up the airport community as a huge family in facility a seamless passengers journey,” he said today.

Apart from the celebration, MAHB also presented service excellence awards to 17 recipients as part of its CARE Awards.

Throughout its 20 years, KLIA has received various global accolades.

KLIA began operations on June 30, 1998, serving 13 million passengers per annum (mppa) and 38 airlines in the first year itself.

Now, the airport has been expanded to include a second terminal, klia2, and recorded 58.6 million passengers in 2017, a growth of 11.2 per cent from the previous year.

KLIA is now the world’s 12th busiest airport for international passengers and among the top 12 globally for Airport Service Quality in 2017 in the “more than 40 mppa” category.