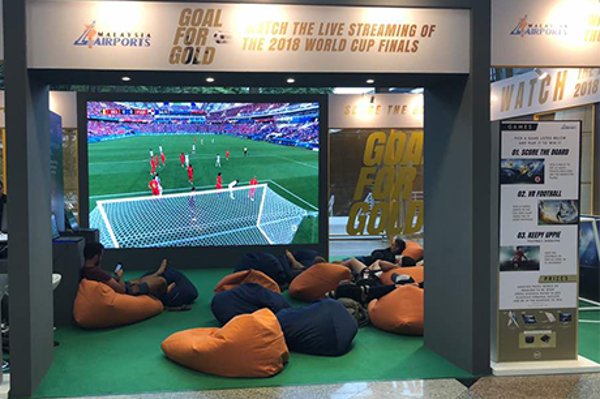 Shoppers spending a minimum of RM250 ($62) at any KLIA or klia2 retail and food and beverage outlet can participate in Malaysia Airports’ World Cup contest.

Admission to the live screenings is free and games are shown on a big screen in an air-conditioned area lined with soft carpeting and filled with bean bags for comfortable seating.

The location for the live screening at KLIA is near the stage area at Level 5 of the main terminal building. This is located at Level 3A in klia2.

With a minimum spend of RM250 ($62) at any retail and food & beverage outlet in KLIA or klia2, shoppers can participate in the Malaysia Airports’ World Cup contest.

In order to participate in the World Cup contest, travellers much produce their purchase receipts, fill in their personal details on the entry form and partake in one of three available games.

The three games include a virtual reality (VR) soccer game available at KLIA and klia2. This game gives participants an almost realistic and immersive experience of being on a football field.

Participants can also choose to play The Score Board, available at KLIA only. In this game, participants are given five chances to score at least two goals targeting a designated hole.

Alternatively, contestants can opt for a skills-based challenge, the Keepy Uppie, which is available at KLIA and klia2. For this challenge, participants must juggle a football for at least 60 seconds using only their feet and head. 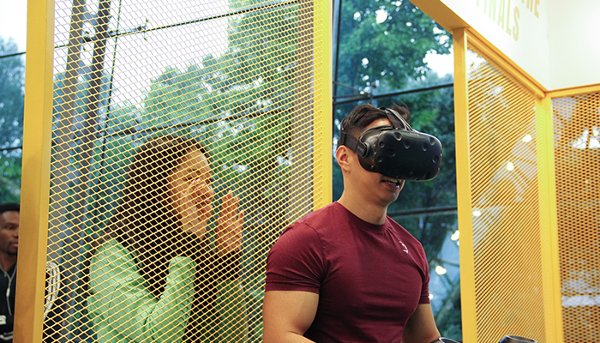 The virtual reality soccer game gives participants an almost realistic and immersive experience of being on a football field.

After the game, each contestant will answer a simple question on the contest form. Winners will be notified at the end of the campaign.

There are 16 consolation prizes to be given away in the form of eight Dell DA300 USB-C mobile adapters and eight Dell power companions. All prizes are sponsored by Dell Malaysia.

Malaysia Airports Senior General manager for Commercial Services Nazli Aziz said the live screening and World Cup contest were among a series of activities lined up until the end of the year.

He commented: “These activities are part of an initiative to promote shopping at the airports as we seek to enhance the airport experience for travellers. We want to make shopping at our airports fun and rewarding.

“Over time, we would like travellers who stop by or pass through our airports to develop a sense of place as they learn to appreciate the facilities, services and ongoing attractions which we provide for them to enjoy.” 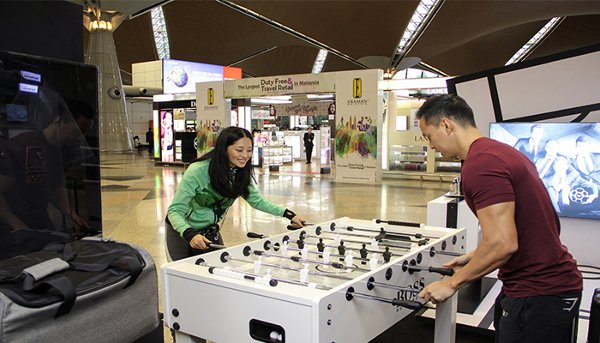 Travellers can also participate in a game of foosball.

Travellers can participate in a game of foosball or an immersive VR experience at the pop-up store. Boss Bottled United is available in a 100ml format (RM333) and 200ml (travel exclusive for RM546).

This promotion coincides with the World Cup activities.

Later in the year, travellers can look forward to Malaysia Airports’ annual shopping campaign which begins this month and other campaigns tied to upcoming festive seasons celebrated in Malaysia such as Deepavali and Christmas.