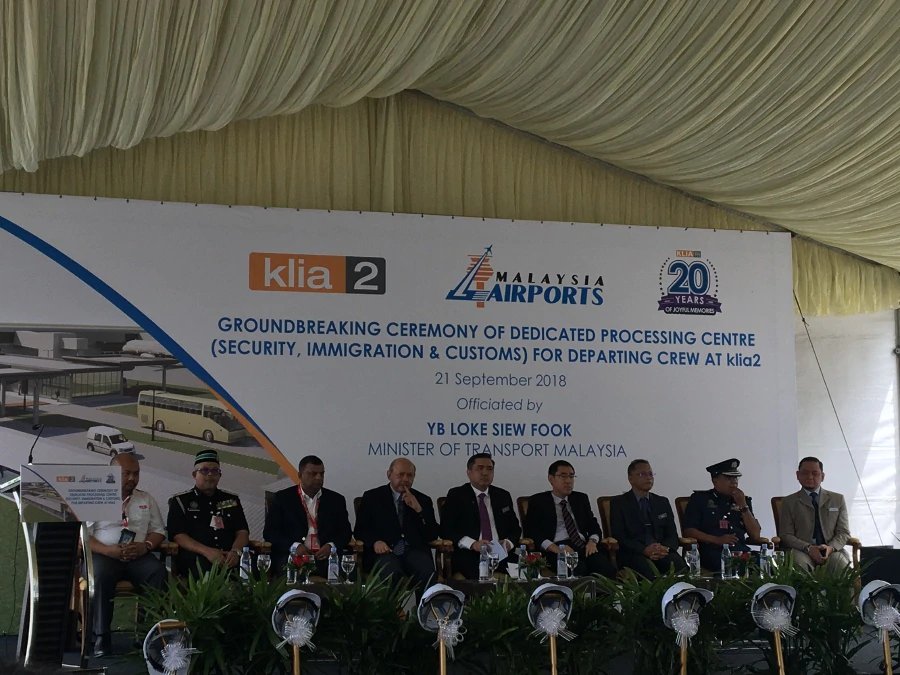 The airport operator said the centre, slated to be completed by mid-2018, would enable airlines to optimise their operational processes.

The centre will comprise a newly constructed building for dedicated customs and immigration clearance as well as a covered walkway to the gates.

The new centre provides more convenience to departing airlines crews as they can now choose to bypass the terminal.

The journey that used to take between 15 minutes to half an hour can now be reduced to about 10 minutes, shortening about 40 per cent in time savings.

This in turn would result in about 21 hours saved per day for the airlines.

Equipped with three immigration counters and one customs counter, manned by additional resources by the relevant agencies as well as aviation security officers from MAHB.

MAHB acting chief executive officer Raja Azmi Raja Nazuddin said the centre was part of its efforts to provide more joyful experiences to customers including not only passengers but also airlines and retail partners.

He added the initiative would improve airline turnaround time and on-time performance, enabling the airlines to increase their flight frequencies.

“All these will have the potential to facilitate the further growth of airlines operating at our airports and contribute to the growth of our national aviation industry,” he said at a ground/breaking ceremony of dedicated processing centre (security, immigration and customs) for departing crew at klia2, today.

Transport Minister Anthony Loke Siew Fook said air transport was one of the main drivers of global trade and e-commerce that help to generate the country’s economic growth through direct and indirect benefits.

“The construction of this new dedicated process centre is one such example in improving operational efficiencies where direct benefits can be derived both from the airport and airline perspective,” he said.

As at August 2018, Kuala Lumpur International Airport (KLIA) had registered 40 million passengers for both terminals.