The Malaysian Aviation Commission (MAVCOM) said there has been a 38.1% increase in the total number of complaints to 858 from 1 January to 30 June 2018. Majority of the complaints (846) were on airlines while the remaining 12 were on airports. 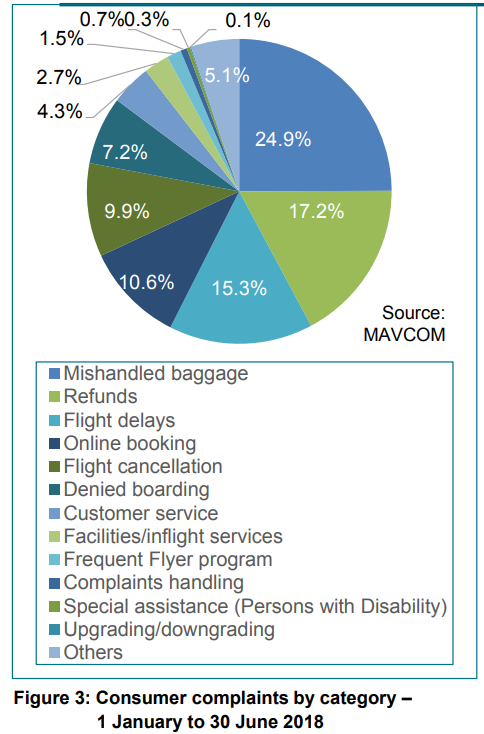 The report added that almost all categories of complaints, such as online booking, denied boarding, refunds and flight cancellation, increased from 1 January to 30 June. More than half (57.4%) of the complaints revolved around mishandled baggage, processing of refunds and flight delays.

The reported noted that through MAVCOM’s review of the complaints during the period, 53.0% of them resulted in the airlines reversing its initial decision to achieve amicable resolution with the consumers, a 1.0% drop compared to the same period last year. Nonetheless, 99.4% of the complaints received from 1 January to 30 June 2018 have been resolved and closed. 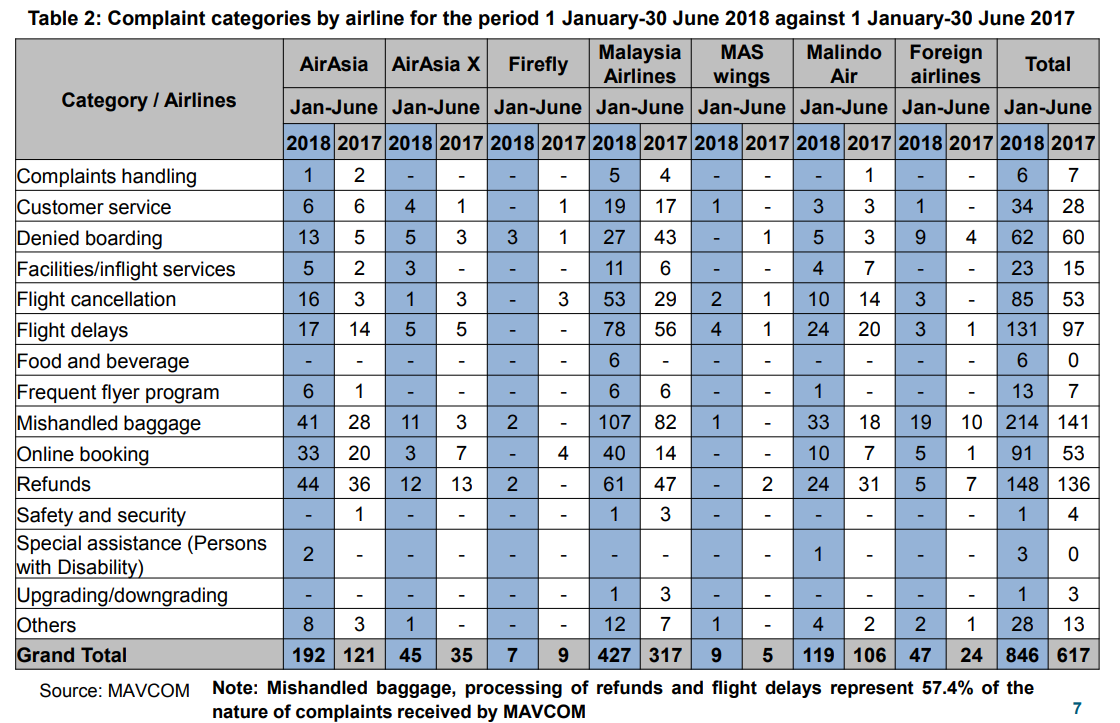 To continuously educate consumers of their rights and enable them to make more empowered decisions, MAVCOM launched FlySmart online and on Facebook. It is also currently working on a FlySmart mobile application which will be launched in the third quarter of this year. The mobile application will allow customers to receive push notifications on travel rights and most current travel alerts. It will also empower them to be able to provide feedback or lodge complaints on the go.

Meanwhile, MAVCOM has also been rolling out the Quality of Service (QoS) framework at all airports. The QoS framework sets out service quality measures for airports encompassing various airport user experiences, including washroom cleanliness, wayfinding, availability and quality of infrastructure, queue times and timeliness of baggage handling.

Effective 1 September 2018, the QoS framework commenced its roll out at KLIA and klia2, with targets being set for selected service areas – in particular the cleanliness of passenger and staff washrooms – and targets for other service areas shall be gradually introduced at these two airport terminals until mid-2019. The QoS framework shall commence implementation in other selected airports in Malaysia over the next two years.