In the 1H18, sales of products under the perfumes and cosmetics category grew 45%

By AFIQ AZIZ / Pic By TMR

Malaysia Airports Holdings Bhd (MAHB) has projected an 8% increase in sales for its non-aeronautical segment to RM2.5 billion this year, from RM2.3 billion a year ago. 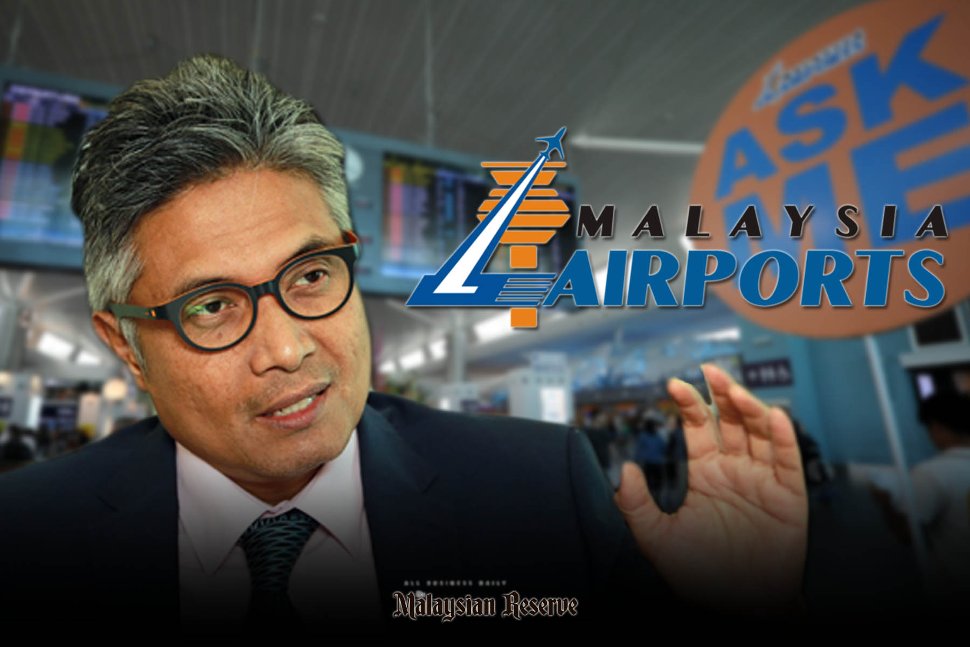 Commercial services senior GM Nazli Aziz said the target is achievable based on the higher demand from the retail side, particularly in the perfumes and cosmetics products department at the Kuala Lumpur International Airport (KLIA).

“Overall sales per passenger at KLIA (including klia2) had recorded double-digit growth of 13% in 2017.

“In the first half of this year (1H18), sales of products under the perfumes and cos- metics category grew 45% compared to our sales recorded in the 2017 corresponding period,” he told reporters after the launch of South-East Asia’s first Dior Backstage pop-up store at KLIA, Sepang, yesterday.

Nazli said the ongoing introduction of prestigious and international brands at KLIA has likely boosted the overall retail revenue per passenger at the airport.

“It has been two consecutive years that we have seen an increase in sales from the perfume and cosmetics products (segment) in KLIA,” he said.

He said the perfume and cosmetics sector alone contributed some RM250 million in sales in 2016.

“The number has increased to RM390 million last year, based on 11% passenger growth. As for this year, we target to achieve RM450 millions in sales for this segment.”

Nazli said despite observing a slight growth in terms of passenger movement this year, he noted the first quarter of 2018 saw a 5% increase in sales per passenger at KLIA compared to the previous year.

“Based on our previous trends, the 2H18 is where we can multiply to generate our sales and leverage on passenger growth due to various festivals and celebrations.

“In this aspect, we are expecting to focus on the Chinese as they are very keen on perfumes and cosmetics,” he said, adding that one-third of MAHB’s retail sales come from Chinese visitors.

Nazli said the company has also conducted a study via online chat platforms to identify the needs and interests among Chinese tourists.

“In October and November, when the Chinese come for the golden week holiday, we will have a special campaign for them to boost our sales.”

“This year, we are expecting the same, with both KLIA1 and KLIA to contribute about 30 million of passenger movements each,” Nazli said.

MAHB’s network of airports, including its Istanbul airport, recorded 11.9 million passenger movements in July 2018, an increase of 4.2% from a year ago, surpassing the previous high of 8.99 million passengers in December last year.

Both KLIA and klia2 also registered a 2.9% growth with 5.3 million passenger movements over the same period.

As for the Dior Backstage pop-up, Nazli said the project is a collaboration between Parfums Christian Dior, MAHB, and Colours and Fragrances Sdn Bhd.

He said the initiative is aimed at enhancing the commercial value of the airport, while giving the passengers a better total airport experience.

“The ‘retailtainment’ is part of the MAHB aspiration to put Malaysia as one of the airport shopping destinations in the future,” he said.