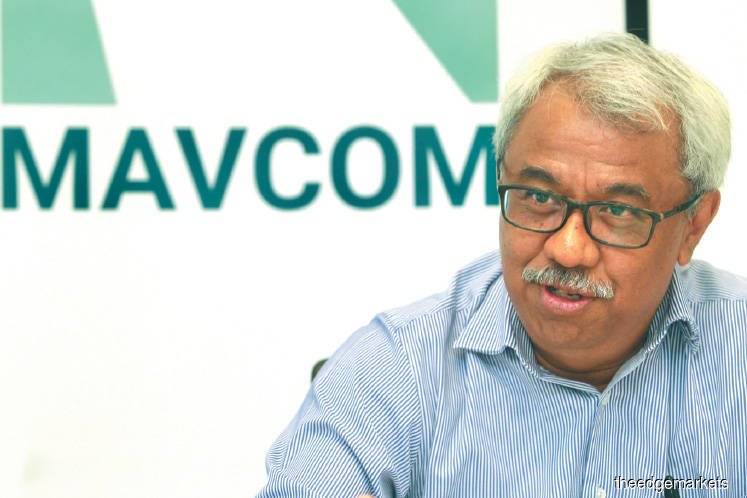 Hopes then were justifiably high, on the back of a spacious and spanking new airport that was designed by renowned Japanese architect Kisho Kurokawa and aeronautical charges that were among the lowest in the world.

Fast forward 20 years, that aspiration remains in the distance. In fact, the bar can be a lot harder to reach as KLIA is grappling with an ageing infrastructure and capacity issues compared with Changi Airport with its futuristic new Terminal 4, as well as a new Terminal 5 that is being developed. Bangkok also has a new international airport in Suvarnabhumi Airport, replacing Don Mueang.

“We are not there yet and we can’t be if there isn’t a dramatic change in thinking,” he said in an interview.

Today, AirAsia and its affiliates alone command 65% of the domestic travel market share and 20% of the international travel market.

“Our concern is having an aviation sector that is domestic. And this is an alarming situation because it means we are not appealing to international carriers. It also means we are not optimising capacity [of KLIA],” said Nungsari.

“If you mostly only have domestic traffic for a nation that is confined by one time zone, your services, be it airport or airline, are only going to be utilised for very few hours per day. So, the idea is to optimise capacity and to do that, you need local players to fly to and from international destinations and you need international players to come in also,” he added.

To do that, Nungsari believes Malaysia Airports Holdings Bhd (MAHB) would need to look at things holistically to optimise KLIA.

“It’s not just about airports improving standards; we need to also look at our ground handlers for example. We cannot entice international players to come to Malaysia if we do not provide top-notch ground services at par with our closest competitors. With better service standards, we can attract more airlines and at the end of the day become more profitable also.

“We must be cognisant of this; our destinations must compete with and not complement our neighbours. The moment we become complementary, we have lost the battle. We must also not lose our relevance,” he noted.

Nungsari also pointed out that the aviation sector goes beyond providing commercial flights.

“If you take a look at Malaysia’s total trade (imports and exports), it is larger than the gross domestic product and yet, we do not have a major cargo player.

“There are also many opportunities out there in terms of the maintenance, repair and overhaul sector and the insurance, financing and leasing [business]. Right now, these are mostly dominated by foreign players but it’s time for local entities to also have a piece of the pie,” he said.

To be able to achieve all of this, Nungsari conceded that the regulations need to be in place and have to be clear. “This is what we are trying to accomplish through our various codes like the Malaysian Aviation Consumer Protection Code 2016, the Quality of Service and the Regulated Asset Base frameworks. With all these in place, then you can look at bringing in more investors and attracting foreign players,” he added.

Under the existing airport operating agreement (OA) signed between MAHB and the federal government that will expire in 2034, the airport operator’s focus is on running the 39 airports in the country, while the government takes care of the development expenditure.

However, MAHB is negotiating with the government to review the current OA for better terms, which will allow it to recoup any capital expenditure (capex) used for the development of airports under its management.

“The new government basically said the model probably has to change going forward, that means they are not coming out with the development expenditure but nonetheless airports need to be improved,” said Nungsari.

He said Mavcom is cognisant that significant capex is required to address capacity requirements for key airports in Malaysia.

“A few airports have exceeded their theoretical terminal design capacities or are expected to exceed these capacities in the next five years. These include Penang, Subang, Langkawi, Kota Baru, Miri, Kuching and Kota Kinabalu,” he added.

When asked what Mavcom’s stance is on separate dedicated terminals for full-service carriers and low-cost carriers, Nungsari said when looking at airports in Malaysia, one needs to look at them in terms of destinations.

“One airport can have multiple terminals, but integration and connectivity are a must in order to appeal to international airlines to come in,” he said, noting that at the end of the day it will still come down to the government’s decision.

On his outlook for the local airline industry, Nungsari said it is a “tough and very competitive” one.

“The margins are not the best due to reasons including the increase in fuel prices. This is juxtaposed against ticket prices which on average have reduced.

“So, it is important for us as the regulator to nurture a sector that is going to thrive and be economically viable. Of course, we keep in mind the need to balance consumer welfare and industry growth,” he explained.

From a consumer protection perspective, if any of the industry players fails, Nungsari said that is not good for consumers as it spells reduced choices and ultimately it will make flying more expensive.

“We spend a great deal of time coming up with regulations that will create the framework for a more sustainable sector. Even in terms of industry growth, it’s a balancing game among airlines, airports and other players such as ground handlers.

“At the end of the day if the sector grows — in terms of more participants coming in, more investments, more employment — and that too in a sustainable manner that doesn’t negatively impact consumers, then we have done our job as an economic regulator,” he added.