Opposition lawmaker Tony Pua today accused Malaysia Airports Holdings Bhd (MAHB) of violating the International Civil Aviation Organisation’s (ICAO) policy, stating aircraft operators and users should not be charged for facilities and services they do not use. 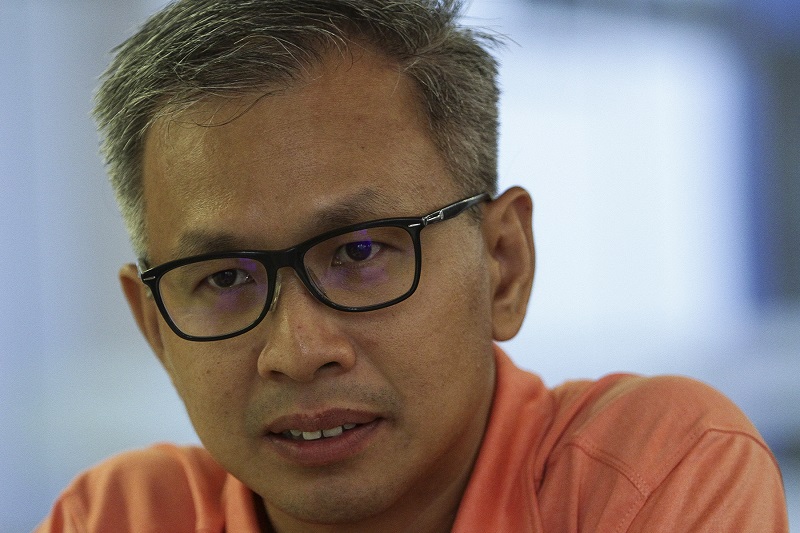 Pua said aircraft operators and users should not be charged for facilities and services they do not use. — Picture by Yusof Mat Isa

The Petaling Jaya Utara MP had compared it to MAHB’s previous move of citing ICAO’s “principle of non-discriminatory pricing of Passenger Service Charge (PSC)” when responding to criticisms against the equalisation of the fees between Kuala Lumpur International Airport (KLIA) and klia2.

“The problem is MAHB is only being selective in using the above non-discriminatory principle as an excuse to raise the PSC for klia2,” he said in a statement today.

“If one were to refer to the ICAO’s Policies on Charges for Airports and Air Navigation Service, MAHB conveniently forgets to mention that the same policy still allows for differential pricing systems.

“Hence MAHB is clearly violating this guideline when it increases the PSC at klia2,” Pua added.

Earlier this monthh, it was announced that the PSC for international flights operating at klia2, excluding Asean destinations, would be increased from RM50 to RM73 per passenger.

The move by the Malaysian Aviation Commission has drawn the ire of users of klia2, including the airport’s main airline AirAsia.

The PSC increase which comes into effect on January 1 2018, will likely lead to an increase in airfares for flights using the supposedly low-cost terminal.

Tickets issued prior to this date will not be subjected to the new rate even if the date of travel takes place on or after January 1, 2018. All other PSC rates at klia2 and other airports remain unchanged.