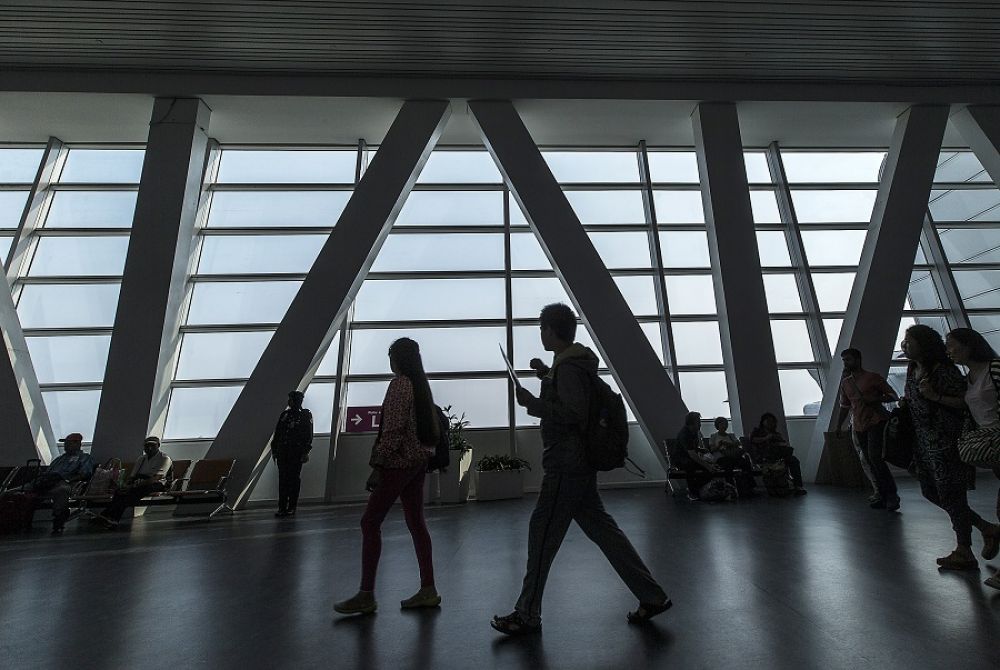 The Kuala Lumpur International Airport 2 (klia2) grew in size and scale, forcing passengers and workers to walk long distances and resulted in the installation of costly walkators. – EPA pic, December 22, 2017.

The Malaysian Aviation Commission (Mavcom) recently announced that it had to raise the airport tax from the rates charged at the previous Low-Cost Carrier Terminal (LCCT) due to the higher cost of running more advanced operations at klia2.

However, Pua said, the increase in airport tax is to repay debts of more than RM5 billion, which incurs more than RM250 million in interest per annum.

“It is due to MAHB incompetence and questionable decisions which have resulted in substantially higher-than-expected maintenance cost.

“Despite klia2 commencing operations since 2013, the airport is still plagued with soil settlement or sinking problems causing constant operational inconvenience and a state of perpetual repair,” Pua said in a statement.

He said the airport’s “unnecessary grandeur in size and scale” resulting in extra-long distances for airline workers and passengers forced MAHB to build walkators throughout the terminal, adding to costs.

Hence, perhaps in this instance, Mavcom is indeed correct to point out that the larger airport is indeed more costly to maintain.”

Pua said the hike from RM50 to RM73 is unacceptable as it surpassed the annual inflation rate.

“It should be remembered that the chief financial officer of MAHB has assured the Public Accounts Committee that MAHB does not need to raise the PSC above and beyond the prescribed inflation rates to ensure operational profitability. That has clearly turned out to be a lie,” said Pua.

“We will not object to a hike in PSC if it is pegged to the annual inflation rates. However, a hike amounting to 46% to RM73 per international passenger is unacceptable, especially since it is to make the rakyat pay for the follies of MAHB.”

Pua, who is DAP’s national publicity secretary, said Mavcom lied when it said klia2 was never designed as a low-cost carrier terminal nor a hybrid airport.

“There cannot be a greater lie coming from the airline industry regulator, which was born only a few years after klia2 commenced operations.

“Klia2 was conceived and intended to service low-cost airlines. Even the official brochure on klia2 on the MAHB website site still clearly states so.

“And when the cost of the airport ballooned to RM4 billion from the original budget of RM1.7 billion, it was the Deputy Transport Minister, Aziz Kaprawi, who told both the media and Parliament in 2013 that klia2 was not merely a ‘low-cost carrier terminal’ but a ‘hybrid airport’,” said Pua.