AIRASIA Bhd’s boss Tan Sri Tony Fernandes seems all riled up for yet another battle with airport operator Malaysia Airports Holdings Bhd (MAHB) over a potential raising of charges. 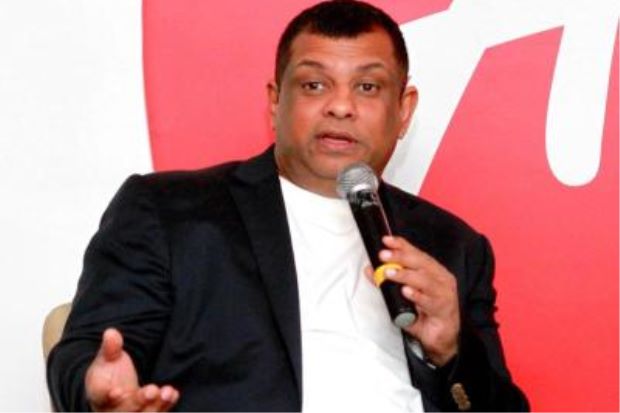 The battle between the two is akin to a soap opera that has been running for years, and this, some say, could be season 4 or 5. What made Fernandes(pic) fume over the weekend was an article quoting MAHB boss Datuk Badlisham Ghazali as saying that the airport operator had invested RM4bil on Kuala Lumpur International Airport 2 (klia2), but that there has been no corresponding increase in the passenger service charge (PSC).

The battle between the two is akin to a soap opera that has been running for years, and this, some say, could be season 4 or 5.

What made Fernandes fume over the weekend was an article quoting MAHB boss Datuk Badlisham Ghazali as saying that the airport operator had invested RM4bil on Kuala Lumpur International Airport 2 (klia2), but that there has been no corresponding increase in the passenger service charge (PSC).

Badlisham feels a rate hike is long overdue for the PSC at both KLIA and klia2, and also a review of the air terminal charges. MAHB wants a hike and the newly formed Malaysian Aviation Commission will review it.

Fernandes turned to social media to vent his frustration over the potential hike. He wrote on his Facebook page that MAHB “can’t charge passengers for your grandiose schemes”.

He also referred to klia2 in its current state as a “Frankenstein terminal” that is “neither premium nor low-cost”.

What upsets him more is that AirAsia makes up 98% of the traffic volume at klia2 and is MAHB’s biggest customer there, and yet, its basic demand for a plain low-cost terminal is not being entertained.

Fernandes’ comments generated over 2,300 likes and attracted about 200 comments. Most of those who commented are not in favour of a hike.

Since Fernandes has said it is neither a premium nor a low-cost terminal, he is asking yet again that a dedicated low-cost terminal be built so that he can keep his costs low and offer cheap fares. He has been wanting a dedicated terminal for many years now and even had suggested he build one in Nilai years ago. However, the plan was shot down. Some are suggesting that perhaps he should offer to buy a part of klia2 to be in a position to have a say in the charges.

This is the battle both have to come to terms with. What is disappointing to travellers though is that MAHB now wants to raise the PSC because it had spent RM4bil on klia2.

The question is, who had asked for such a big terminal and why all the comfort available when it was only meant to be a low-cost air terminal? Why burden the travellers now? What is its justification for burdening the traveller?

Wasn’t the whole idea of having a commercial mall in the airport to generate non-aeronautical income? And therefore, shouldn’t it be obtaining commercial value from that and not the traveller?

Any hike in charges will affect an airline’s cost and it is the traveller who has to pay more by way of the PSC and the fares.

While MAHB needs to earn more, should it not be looking at cutting cost and raising efficiencies? It can be understood that it wants to follow global trends of raising charges, but just because it is in a monopolistic position it cannot be asking for rate hikes, especially when it has made huge investments in klia2.

There has to be better justification for any PSC hike. When rates are reasonable, traffic volume will build up and so will the collection. It is just like the PLUS Highway business.

The one factor that Fernandes also knows is that there is a huge RM33 price difference between operating at KLIA and klia2 for international flights.

The RM33 is over US$8 per customer and according to Malaysia Airlines Bhd (MAS) chief executive officer Peter Bellew, most airlines’ average profit is less than US$8 per customer. So, it is to AirAsia and other airlines’ advantage to keep charges low.

That also explains why Bellew wants MAS to fly some leisure flights out of klia2 next year.

The traveller is the main source of PSC and raising fares will hamper demand, and all parties should know that simple analogy.