There is no need to build a separate low-cost terminal as the current Kuala Lumpur International Airport 2 (klia2) accommodates all airlines' passengers and carriers, allowing them to transit from one destination to another, said deputy Transport Minister Datuk Ab Aziz Kaprawi. 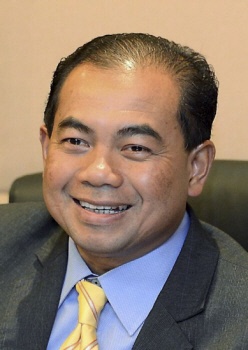 "Currently, the present premise accommodates all airlines including AirAsia's as everything is smooth in terms of operations by Malaysia Airports Holdings Bhd (MAHB).

"Also, as with other international airports which we emulate, there is no such low-cost terminal offered in other countries. You cannot isolate a low-cost terminal because full-fledge and long-haul carriers needs comfort and service upon arrival.

"Additionally, our government intents to make Kuala Lumpur as a central transit hub; for instance, a British Airways also can transit (via our terminal).

"As a low-cost carrier, unlike a terminal operator, they should focus on their expertise first," he told theSun today when asked to comment on Tan Sri Tony Fernandes statement on the matter.

Budget airline AirAsia Group chief Fernandes through a Facebook post had urged the government to build a proper low-cost carrier terminal if it insisted that klia2 was meant to be one.

He described the current klia2 to a 'Frankenstein terminal' which was 'neither premium nor low-cost', while it was meant to be a low cost-cost carrier terminal.

"Airasia makes up 98% of the traffic in that terminal (LCCT KL) and the rest are low-cost carriers. If you don't want to call it low-cost then build a proper one so we can create more jobs," he said.

He also questioned why MAHB has invested RM4 billion in an airport whereas there were plans to build one at Labu with a RM2 billion cost and projected for new LCCT at KLIA at RM1 billion.

"You can't charge passengers for your grandiose schemes. Build a new LCCT and keep klia2 for full service airlines," he added.