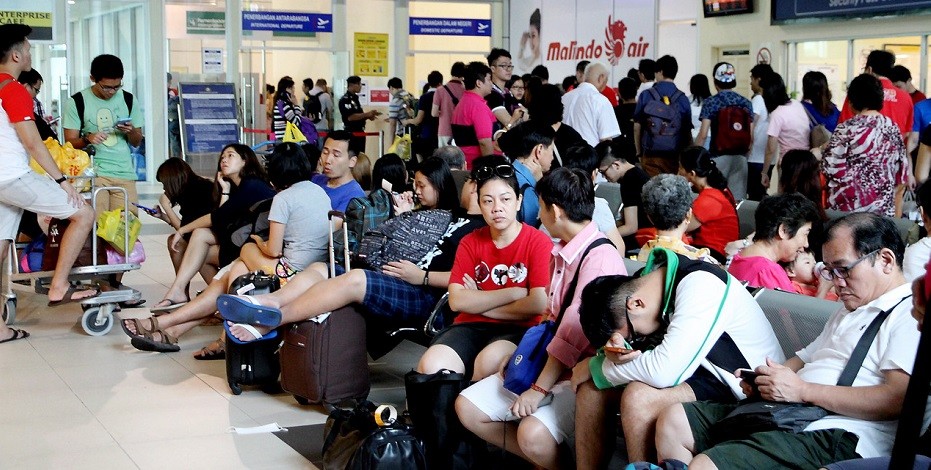 Air traffic at some airports in the country were affected by the haze which enveloped much of the country’s airspace today.

The airports badly affected were the Sultan Azlan Shah Airport (LTSAS) in Ipoh and the Kuching International Airport (KIA) in Sarawak.

According to Malaysia Airports Holdings Berhad’s (MAHB) Corporate Communications Department, the terminal operating division at LTSAAS in Subang was reported to be running normally up to 1pm, with visibility there at 800 metres at the time.

“While the airport is still open, all passengers arriving and departing from Sultan Abdul Aziz Shah Airport in Subang are advised to check with the respective airlines on the flight schedules as some flights have been delayed,” MAHB said.However, according to MAHB’s Twitter page after 1pm, several flights were reported to be delayed at LTSAAS, and MAHB advised passengers using the terminal to contact their respective airlines for the latest flight information.

In IPOH, six flights — three departures and three arrivals — at LTSAS were delayed due the severe haze today.

He said the delays involved the departures of flights to Singapore and Johor Baharu and arrivals from the same two destinations.

Tengku Mahmud said the impact of the haze also caused Singapore-Ipoh Flight TR2482 scheduled to arrive at 3.05 pm, to be diverted to klia2.

In KUCHING, eight Malaysia Airlines Berhad (MAB) flights were cancelled and nine others suffered delays and detours due to the haze with visibility just up to 1500 metres as of 5 pm.

Four flights had been delayed earlier in the morning.

Four flights each from Kuala Lumpur and Sibu which were scheduled to arrive in Kuching were also delayed due to the haze in Kuching which recorded an unhealthy Air Pollutants Index of 126 as at 5pm, compared to 116 earlier in the afternoon.

Mohd Nadzim advised all passengers using KIA to check the flight schedule with their respective airlines before heading to the airport.

According to him, two flights, an arrival and a departure for the Kuching-Pontianak sector had been on hold for the past five days.

“The sector is cancelled until further notice. No passengers were affected because all of them had been informed earlier,” he said.