The airport had previously been closed since 7am today by the Department of Civil Aviation (DCA) and airport authorities due to the thick haze, said KIA’s senior manager, Mohd Nadzim Hashim. 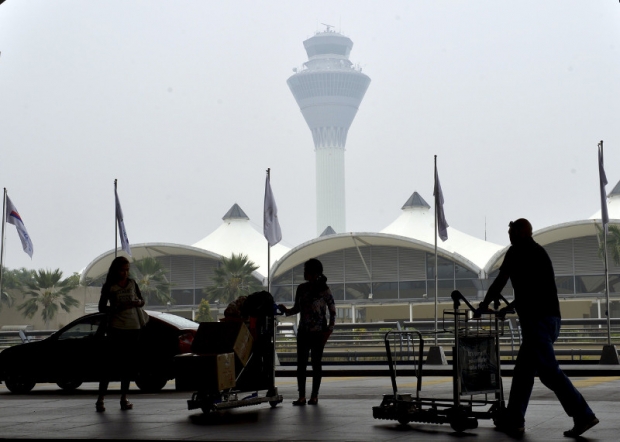 File picture shows reduced visibility at Kuala Lumpur International Airport (KLIA), due to the haze on September 26, 2015. — Bernama picKUALA LUMPUR, Sept 28 — Airports around the country are back in operation, including the Kuching International Airport, which reopened at 9.10am today.

“As of 11am today, three flights have departed from the airport as visibility had improved to 2,000 metres, compared to 300 metres at 7am today,” he told Bernama.

Based on today’s schedule, the airport will be catering for 124 flight arrivals and departures.

In IPOH, the Sultan Azlah Shah Airport (LTSAS) resumed all operations, without any delay since this morning.

In SUBANG, the Sultan Abdul Aziz Shah Airport was also operating as usual, without any cancellation or delay of flights.

According to a spokesman, there has been no change in the schedule for domestic or international flights.

At KLIA, two MAB flights bound for Kuching and Kuantan were forced to return. At klia2, three Air Asia flights to Pontianak, Pekanbaru, and Palembang, and two Malindo Air flights to Penang and Singpore were cancelled, MAHB sources said. — Bernama