The ongoing spat between AirAsia Bhd and Malaysia Airports Holdings Bhd (MAHB), with the former’s threats to leave the klia2 terminal, may see the budget carrier possibly moving its base to Langkawi island instead.

This possibility has grown stronger because the airline has apparently received a huge 70% discount from MAHB for airport charges in Langkawi – a surprising deal that AirAsia group chief executive officer Tan Sri Tony Fernandes has reportedly told Australia-based Centre for Aviation (CAPA).

The Langkawi move poser comes just weeks after AirAsia issued a RM409 million letter of demand on MAHB for loss and damages incurred as a result of operating from klia2 as well as from the previous low cost carrier terminal.

The move to Langkawi had already been hinted at by Fernandes and AirAsia Bhd CEO Aireen Omar when they threatened to move out of the newly built RM4 billion klia2 terminal over alleged continued soil settlement there at aircraft parking bays and aprons.

Fernandes recently said Langkawi International Airport will become AirAsia’s new secondary hub. He said five planes will be based there so it would generate one to 1.5 million passengers very quickly.

What was left unsaid is the possibility of Langkawi becoming AirAsia’s base too, with klia2 becoming a secondary hub instead.

“By reducing the charges we invest, we’re able to stimulate new routes and an airport that was really earning no income is now going to earn a tremendous amount of income,” Fernandes told CAPA.

AirAsia has been teasing about turning one of its secondary hub into main operation base since 2012. Aireen has reportedly said the airline has backup plans to move to its other hubs should klia2 not meeting its requirements.

Should the Langkawi shift take place, klia2 may see a major drop in traffic – with CAPA estimating the budget airline now allocating 77% of its total seat capacity to this hub, including 84% of its international seat capacity and 70% of its domestic seat capacity.

“These figures will be reduced over the next year as AirAsia focuses more on expanding at secondary bases and establishes Langkawi as a new international hub,” the aviation consultancy added.

A quick analysis shows AirAsia will have far lower operations cost in Langkawi in terms of landing and parking charges, maintenance, repair and overhaul (MRO) charges as well as other costs that is needed to operate an airline.

Land cost there is cheap and the Langkawi airport has huge tracts of still-forested land available for expansion – which could even house sister airline AirAsia X plus residences for staff.

Tellingly, just in March, Fernandes announced that Langkawi will become AirAsia’s newest secondary hub with Hong Kong and Guangzhou as its new international destination. Aireen also said the airline will add new destinations and flight frequencies to other destinations from Langkawi when the need arises.

This is an important consideration as the relatively quiet Langkawi airport allows AirAsia to ramp up the number of flights within a day rather than competing with other airlines at KLIA for landing and take-off slots.

Why Langkawi could be a good deal for AirAsia. 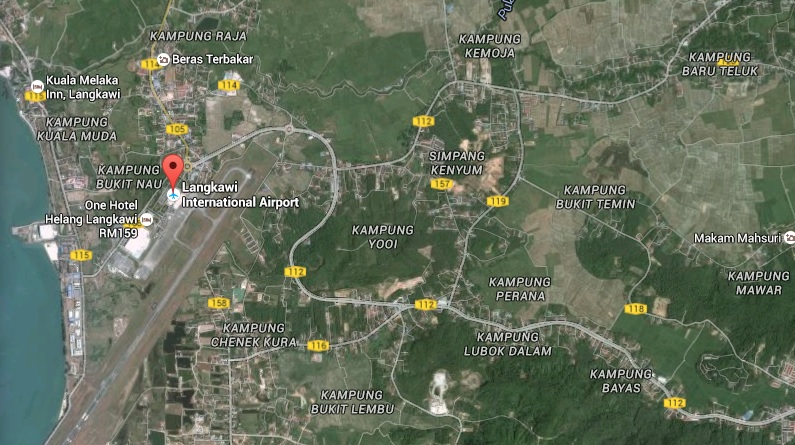 Google Maps shows Langkawi has a huge plot of undeveloped land next to the airport- which can be expanded to house the carrier’s fleets, maintenance and repair plus housing for staff.

Aireen has told local media recently that operations costs at klia2 have gone up to a very substantial sum, though she did not mention the numbers.

She added that the bumpy taxiway at the airport coupled with the ponding at the apron (where planes are parked) and taxiway has caused an additional maintenance cost for the airline.

In 2008, AirAsia’s dream to build its own airport was crushed when the government did not give the final green light for the project. The proposed airport was to be built by AirAsia and Sime Darby Bhd on a piece of 2,800ha land in Negeri Sembilan.

4. Langkawi could be turned into a top international holiday destination.

Langkawi could be turned into a top international holiday destination, together with Phuket in Thailand and Bali in Indonesia. Aireen recently said the under-utilised Langkawi Airport has a huge potential to grow as an international hub.

5. More international flights could be connected to Langkawi

“Going to mount many flights from Langkawi. Great for Langkawi Malaysia tourism. More airports now see the power of AirAsia and offering us,” Fernandes tweeted in July this year.