It was less than smooth for the country’s aviation sector this year, having mustered drawbacks like retrenchments, failed start-ups, foreignexchange (forex) losses and slowing growth. 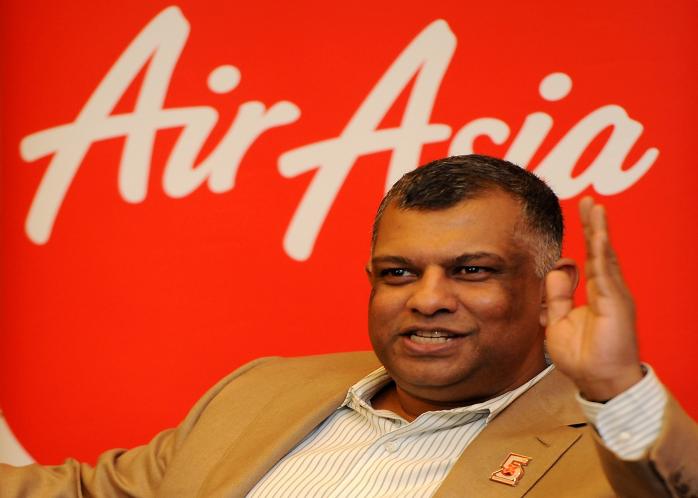 The bickering between Fernandes and MAHB continued this year, focusing on the defects at the budget terminal klia2. (TMRpic)

While Malaysia Airlines Bhd (MAB) is reportedly turning around financially, its peer by size AirAsia Bhd’s net income continues to sink in 2015, no thanks to forex losses and weaker Indonesian operations.

The national carrier under the helm of new CEO Christoph Mueller has maintained silence in transforming the bleeding carrier, but stated in press interviews overseas that the airline still has to deal with scepticism.

The latest development saw the national airline tying-up with the well-known Emirates Group, which means MAB could code-share with the Middle Eastern airline while cutting costs on its side.

As the first step, MAB announced it will be discontinuing the unprofitable Paris and Amsterdam routes, as its patrons can choose Emirates instead to fly to those destinations.

The deal will cover more than 90 locations in the US, Europe, the Middle East and Africa serving via Emirates’ Dubai hub. MAB will end 10 code-share agreements with existing partners but prefers to keep the Kuala Lumpur-London direct flights.

A Corporate Development Centre (CDC) was established to offer free placement services and training to employees who left the airline.

The market reacted negatively to the report with AirAsia’s share price falling from RM1.82 before the news broke out to touch 78 sen on Aug 26.

AirAsia and its medium-haul sister AirAsia X Bhd also suffered from the weaker ringgit for the first nine months of 2015.

During the period, AirAsia reported RM820.66 million in forex losses while AirAsia X suffered forex losses of RM241.27 million for the third-quarter, alone.

The airline refused to move from Terminal 2 of KKIA.

However, it had to cease operations there on Oct 31 after repeated pressure from the government including Prime Minister Datuk Seri Mohd Najib Razak.

The airline blamed the case on the dampened soil on the parking bays of klia2.

Fernandes blamed the chaos on the new timetable system installed within the group.

Queries rose whether the pilots absence was a revolt, as it was a day after Indonesian investigators released a report on the crash of Indonesia AirAsia flight QZ8501 last December, which killed all 162 people on board.

The report said inadequate maintenance and poor pilot training by the airline were among the reasons for the crash of the Airbus jet into the Java Sea.

Malindo Airways remained non-controversial for the year, while expanding its route network.

The airline also secured the rights to fly to Jeddah, Saudi Arabia, during the year. A new airline, Flymojo, was made public in March to be managed by Fly Mojo Sdn Bhd.

Flymojo announced that it would launch services in October but has not been granted its Air Operator Certificate and has applied to the Department of Civil Aviation to extend the period of its oneyear provisional air service licence.

Another budding budget airline named Rayani Air was officially launched in November, after a long delay.

The airline picked Langkawi as its hub, with a Boeing 737- 400 to commence the Langkawi-Kota Baru flight operation with another to begin the Langkawi-Kuala Lumpur route.

Memories of MAS (Malaysia Airlines) twin-tragedy continued to linger in 2015. But it would be sometime to come before the sector returns to normalcy.