Safety fears have cropped up again in klia2 as taxiways and aircraft parking bays are slowly sinking due to torrential rain and impact from the hundreds of aircraft landings and take-offs at the new budget airport terminal.

Aviation industry sources told The Malaysian Insider that there was "ponding" or water collecting in the airport apron on Sunday after heavy rain fell over the RM4 billion airport terminal in Sepang, Selangor, two weeks after opening for business. 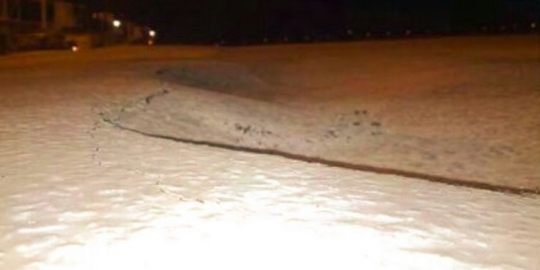 Depression at Q11 that occurred when aircraft was parked there. The area is now closed. – The Malaysian Insider pic, May 20, 2014.

They also said there were reports of some AirAsia Airbus 320 passenger aircraft moving on the bumpy parking bays despite having safety-chocks to block the wheels from turning. AirAsia is the airport terminal's biggest customer.

"This has been happening every day and we have asked our guys not to be anywhere behind the aircraft when we release the brakes. It's becoming very dangerous," a source told The Malaysian Insider."What happened was when brakes were released on the main wheel, the aircraft moved back due to the slope/depression.

In this case, the momentum was just enough to cause it to climb and stop on the chock. The aircraft chocks that we used are as per Airbus specs. 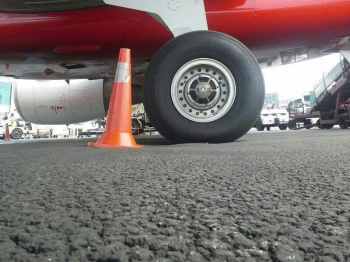 It is learnt that AirAsia is working with airport operator Malaysia Airports Holdings Bhd (MAHB) to resolve the matter although the airport had passed checks by the International Civil Aviation Organisation (ICAO) weeks before it opened for business.

The new airport terminal is some two kilometres west of the KLIA main terminal. The 10,000ha of land where the KLIA is sited was previously an oil palm and rubber estate and a swamp forest, where klia2 is located.

It is understood that MAHB workers have been busy resurfacing the tarmac at the klia2 terminal after AirAsia officials complained of the soft ground conditions, and are using densiphalt – a composite paving material of asphalt and concrete, rather than just asphalt that is normally used for such areas.

One pilot filed a report to his airline saying he experienced "five depressions" on taxiway U4 at the airport.

"We have felt a very hard impact to the aircraft when taxiing at speed around 15 knots. 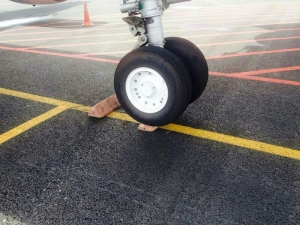 "Three of them are at zone wing P before the sky bridge when taxiing towards runway 33. As I remember it's abeam bay P3 & P5. The other 2 around bay Q7. Will update further if manage to taxi on U4 again," the pilot said in the report sighted by The Malaysian Insider.

The pilot also told his airline that he had been avoiding taxiway U4 since May 11 by "requesting other taxi routing from ground if traffic permits for pax comfort". 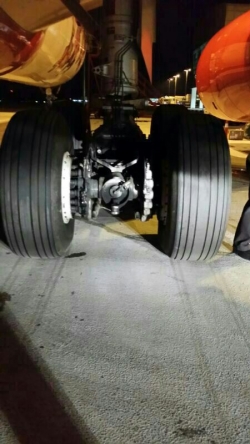 The airport terminal, which has a capacity of 45 million passengers annually, was built to replace the Low Cost Carrier Terminal (LCCT) near the KLIA cargo centre. But the project that began construction in 2009 suffered several delays due to design changes and extensive earthworks.

The budget also ballooned from RM2 billion to RM4 billion which MAHB said was due to several requests from AirAsia and other agencies.

The Public Accounts Committee (PAC) has queried the project delays and cost, including a RM100 million government grant for the Express Rail Link (ERL) extension to the terminal.

AirAsia had also initially refused to move in on May 9, citing concerns over flight operations and security but Putrajaya ordered the carrier to shift, saying it would stop immigration and customs checks in the LCCT after that date. – May 20, 2014.