As safety fears cropped up again on the tarmac of the new RM4 billion klia2, AirAsia, its biggest customer, today complained of other problems they are facing inside the airport terminal. 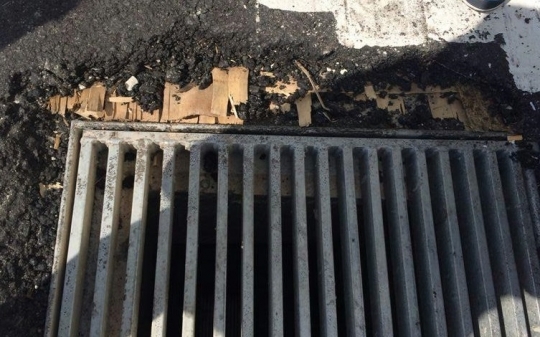 Soft wood used in the resurfacing of the bitumen at klia2 is just one of the many problems at the new budget airport terminal. – The Malaysian Insider pic, May 20, 2014.

AirAsia group chief executive officer Tan Sri Tony Fernandes took to Twitter this morning to complain about issues the budget carrier was having with the check-in machines and tweeted: "wr can't use our own check in machines, can't put our branding up. Is this partnership. To an airline that has given you all the growth".

His other tweet read: "As I have kept saying. Malaysia airports have to realise that airlines create their growth. They need to work with airlines not bully them".

The clearly frustrated CEO did not stop there, but went on to tag former Umno supreme council member Datuk Saifuddin Abdullah in further tweets. 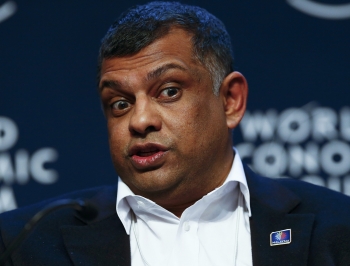 "@saifuddinabd mahb had tremendous access to the executive leadership and hence they only hear one side. And paint airasia as evil."

He also posed this question to Saifuddin: "@saifuddinabd who is on the board of MAHB. Are they given full picture. The board has to be objective and fair".

It has not been an easy ride for AirAsia since before it even moved to the budget terminal as there were several concerns over safety related to depressions on the runways and taxiways which were highlighted to Malaysia Airports Holdings Bhd (MAHB).

However, a week before the official opening of klia2 on May 2, the International Civil Aviation Organisation (ICAO) had inspected the facility and given the go-ahead for the terminal to start operations. 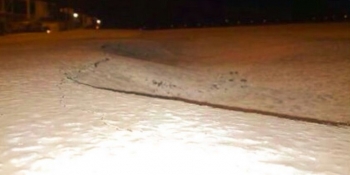 Depression at Q11 that occurred when aircraft was parked there. The area is now closed. – The Malaysian Insider pic, May 20, 2014.

Despite that, The Malaysian Insider reported today that taxiways and aircraft parking bays were slowly sinking due to torrential rain and impact from the hundreds of aircraft landings and take-offs at the new budget airport terminal.

Aviation industry sources told The Malaysian Insider that there was "ponding" or water collecting in the airport apron on Sunday after a downpour.

They also said there were reports of some AirAsia Airbus 320 passenger aircraft moving on the bumpy parking bays despite having safety-chocks to block the wheels from turning.

The airport terminal, which has a capacity of 45 million passengers annually, was built to replace the Low Cost Carrier Terminal (LCCT) near the Kuala Lumpur International Airport cargo centre.

The project that began construction in 2009 suffered several delays due to design changes and extensive earthworks.

The cost also ballooned from RM2 billion to RM4 billion which MAHB said was due to several requests from AirAsia and other agencies.

The Public Accounts Committee (PAC) has queried the project delays and cost, including a RM100 million government grant for the Express Rail Link (ERL) extension to the terminal.

AirAsia had also initially refused to move in on May 9, citing concerns over flight operations and security but Putrajaya ordered the carrier to shift, saying it would stop immigration and customs checks in the LCCT after that date. – May 20, 2014.