CLARIFICATION: AirAsia has not disclosed calculations for amount charged to customers, says source

AirAsia's decision to charge RM3 per passenger as a  "klia2 fee" has come under scrutiny as it is being charged only half the amount for the use of aerobridges and check-in  facilities at   Kuala Lumpur International Airport 2 (klia2). 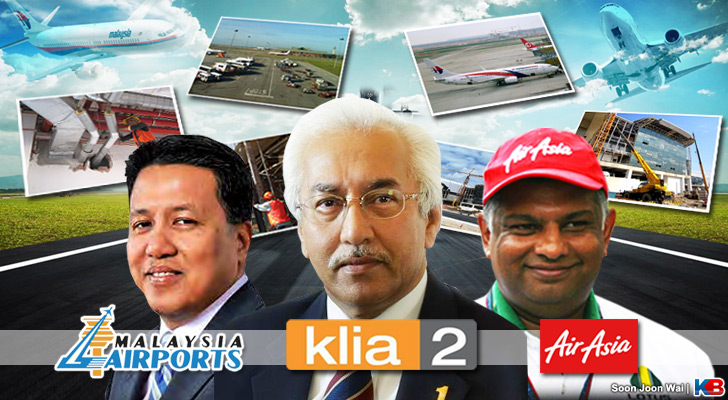 "AirAsia is only charged 25 sen for the use of the aerobridges while the Sita check-in facilities fee is US$0.35 (RM1.12) for every passenger or transaction.

"The preliminary contention was to make it convenient for the disabled and senior citizens to travel via aerobridge, a matter discussed and accepted by the airline."

The source said AirAsia should be upfront if it was imposing other commercial charges as part of its klia2 fee.

"It should not say it was imposed by the authorities."

A senior official with MAHB confirmed it was charging all airlines, including AirAsia, RM1.37, but did not comment further.

"The fee for both facilities is applicable to all airlines operating at klia2," he said.

In a statement issued yesterday, AirAsia head of communications Aziz Laikar said the klia2 fee was to offset the incremental cost incurred by AirAsia to operate from the new airport, including the use of mandatory facilities, such as the Sita check-in, departure gate systems and aerobridges, in addition to related operational costs.

"Both the Sita system and the aerobridges are new items and were not part of AirAsia's business model when operating from the Low-Cost Carrier Terminal (where our own check-in system and passenger steps were used instead of aerobridges).

"The new operational charges are being passed on to guests. It is chargeable for guests departing from klia2 and is payable upon booking of flights.

"Guests will be able to see the klia2 fee reflected clearly and with transparency before they proceed for payment when booking flights departing from Kuala Lumpur."

However, it did not address queries on the exact amount MAHB was charging them.

Last week, Aireen and AirAsia X chief executive officer Azran-Rani Osman had said the airline had no choice but to impose the RM3 fee from May 9, as MAHB made it mandatory for all airlines to use its facilities.

"We have our own calculations, but have yet to share with the public how we derived the amount charged to our passengers.

"According to our calculations, it is more than RM5, but we are only charging RM3," Aireen said.

Azran, on Thursday, said details of the fee were itemised in the ticket to provide a clear picture of what the passengers were paying for.

"The basis for the calculation (RM1.37) is wrong. It is not 25 sen as stated and the klia2 fee is not only to cover the aerobridge and check-in system but also other costs relevant to both.

"We are not trying to profit from this and we want to itemise the charges so that it is clear in the bookings."

Checks by the NST revealed that budget airline Cebu Pacific Air, Tiger Airways and Malindo Air were not charging their passengers the same fee.

In a previous report, MAHB senior general manager Datuk Azmi Murad had said it was charging all airlines operating from klia2 RM85 for three hours of aerobridge usage when they dock.

Checks revealed that AirAsia's Airbus A320s normally dock for about 20 minutes, while its Airbus A330/A340 fleet docks for about 75 minutes.