Over the last 48 hours and the Wesak holiday, klia2 saw a peak in its traffic movements, recording close to 160,000 passengers on more than 900 flights.

"This is a good indicator of the healthy traffic performance by airlines operating at klia2 and this is also consistent with Malaysia Airports Holdings Bhd' expectations of reaching 24 million passengers within the first 12 months of operations at klia2," said MAHB, in a statement Wednesday. 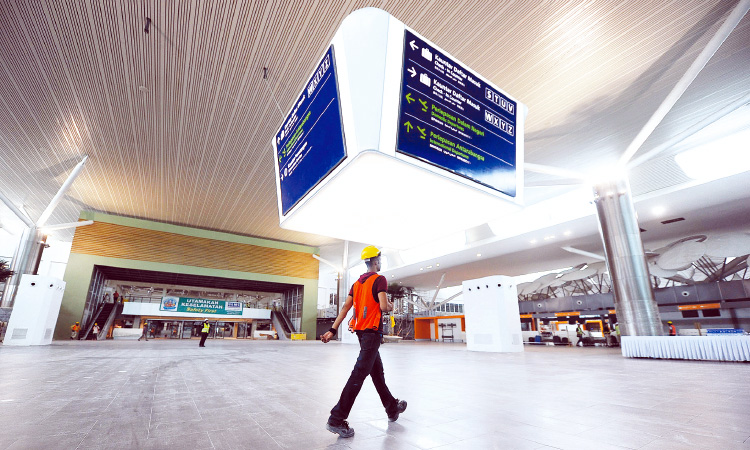 Malaysia Airports has also observed stable and very good performance from the flight and airport operations and on-time-performance (OTP) records show that 88 per cent of arrival bags were delivered within 15 minutes of actual time of arrival.

The bays and gates allocation have also improved significantly to being just nine bay changes on May 13 and no bay changes up till noon today.

"The commercial offerings at the klia2 terminal continue to be improved with 105 commercial outlets opened now for public's enjoyment and out of these, 35 are Food and Beverages (F&B) outlets spread out through the terminal in both the domestic and international boarding piers.

There are 12 F&B outlets at the departure hall, nine at the domestic piers and 14 at the international piers.

In addition, there are 60 F&B outlets at Gateway@klia2 and four banks operating at klia2 namely AmBank and Maybank at Gateway@klia2 whilst CIMB Bank and Hong Leong Bank are in the terminal proper, and a total of six Bureau de change services for the convenience of passengers.

Malaysian Airports said over the last two days more than 200,000 people were at klia2 and Gateway@klia2 and facilities were heavily used, the airport operations team and the service contractors were working extra hard to ensure that the facilities were in good order.

"Malaysia Airports seeks the public's patience and support in helping it keep the facilities clean and in good working order with proper usage," MAHB said, adding that they were looking at new initiatives such as to install the Customer Realtime Feedback System in the toilets for the public to report issues pertaining to cleanliness and breakdowns, to help MAHB to respond quicker.