AirAsia is being given an indirect subsidy by the government as an agreement has been reached on the passenger service charge (PSC). 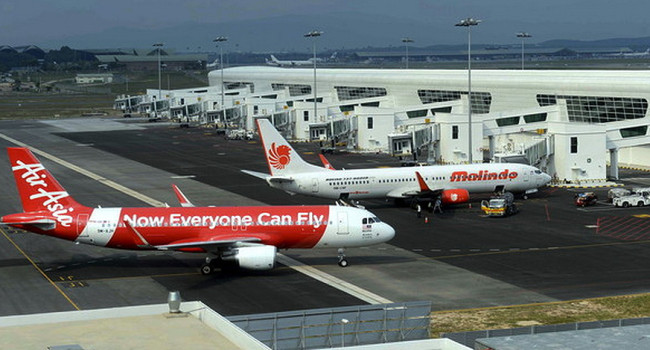 AirAsia‘s agreement on the passenger service charge with Malaysia Airports Holdings Bhd will result in MAHB losing hundreds of millions of ringgit in revenue.

According to an airline industry source, all airlines using the new Kuala Lumpur International Airport 2 (klia2) were supposed to charge RM65 per international passenger.

He said AirAsia had appealed to the National Economic Advisory Council (NEAC) and it was agreed that for a year the charge would remain at RM32.

“It must be realised that it’s not the airline that pays this money, but the passenger.”

He pointed out that as result of this agreement, Malaysia Airports Holdings Bhd’s (MAHB) would be losing hundreds of millions of ringgit in revenue.

Also, the source said the concession agreement between the government and MAHB stated that the PSC was supposed to go up by RM9 to RM10 this year at the Kuala Lumpur International Airport (KLIA).

He said international airlines flying into KLIA may not agree to this as their passengers were already paying RM65. They may also want the government to defer this by a year.

“Some have even been talking about wanting the charge to be lowered to RM32, the same as klia2 because the facilities are nearly similar.

“There are also legacy carriers that may want to move to klia2 and there is nothing MAHB can do to stop them.”

He said if the PSC directive was deferred for KLIA, then the government may have to compensate MAHB and this cost could be over RM100 million.

The source pointed out that the money would have to come from  taxpayers.

On AirAsia’s move to charge RM3 per passenger using klia2, he said this was also unfair. He said this was based on its claims of the extra service and charges at klia2.

“This does not make sense. When they use airports in other countries, they willingly agree to pay the charges and they don’t charge the passengers a fee. But here in Malaysia it’s different.”

He added that AirAsia stood to gain a lot from the RM3 fee. “For example, if it carried 20 million passengers per year, this would add about RM60 million to their coffers.”

The industry source also revealed that AirAsia had been given a RM25 million discount on the PSC that it owed MAHB. AirAsia was supposed to pay MAHB RM132 million.

“This was clearly unfair as AirAsia is only the collection agent. The money comes out of the pockets of the passengers.”

He added that the figures he had were from 2011 and the amounts could be much higher now.