Newly found cracks on the klia2 apron and building have cast doubts on the RM4 billion budget airport terminal’s safety, weeks before it is due to begin operations and at a time of global scrutiny after flight MH370 vanished, aviation industry sources say. 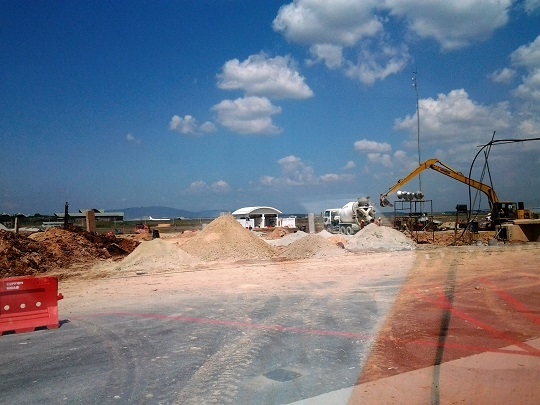 The RM4 billion klia2 is set to open for business on May 2 despite safety concerns expressed by aviation experts.

The sources passed a set of 13 photographs taken yesterday to The Malaysian Insider, revealing cracks on the apron and also rectified cracks on walls of the two-storey budget terminal.

"The photos tell the story of whether klia2 is ready or not to be used," an aviation source told The Malaysian Insider.

This is the second set of photographs sent to The Malaysian Insider about the condition of the new terminal, which can cater for up to 45 million passengers through its 64 gates.

It is understood that klia2 operator Malaysia Airports Holdings Bhd (MAHB) has assured the government that it would carry out remedial works that would not affect the terminal’s opening and operations from May 2. The opening date has been delayed at least five times.

"Putrajaya should relook into klia2 meeting an artificial deadline when repairs are still being done. The country’s aviation sector is under close global scrutiny and they should get it right," another industry official said. 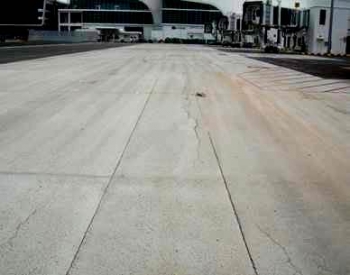 Cracks at the S3 area in klia2.

The parliamentary Public Accounts Committee (PAC) visited klia2 two weeks ago to check its readiness and also held a hearing yesterday where MAHB officials presented a report on the operational delays.

The PAC has said it might call other parties to shed light on the delays, saying this was a public-interest matter although the klia2 terminal is privately funded.

Deputy Transport Minister Datuk Aziz Kaprawi said yesterday that klia2 would open on May 2 with Cebu Pacific Air and Malindo Air being the first budget airlines to use the terminal.

He said the current Low-Cost Carrier Terminal (LCCT) would cease operations on May 9, a week after the opening of klia2, drawing a swift response from Asia’s largest budget carrier, AirAsia.

AirAsia said yesterday that all AirAsia and AirAsia X operations would still be based at the LCCT even after May 9 because of a number of unresolved pressing issues that still needed to be addressed.

"The move to klia2 is imminent, however, it will only be carried out after all issues are addressed," AirAsia Berhad chief executive officer Aireen Omar said in a statement.

She referred to Ikram Premier Consulting’s (Ikram) findings on the readiness of klia2 which revealed there were depressions on the taxiway/apron and runway, which required periodic remedial measures to be undertaken on relevant areas.

The budget carrier said it believed the Operational Readiness & Airport Transfer (ORAT) period for a transfer to support the size of AirAsia’s operations would substantially be more than the two months prescribed by MAHB, "which in our opinion is unrealistic and overly optimistic".

"Even the ORAT for the transfer from KLIA Main Terminal to LCCT in 2006 took longer than two months when AirAsia’s operations were significantly smaller," it said. 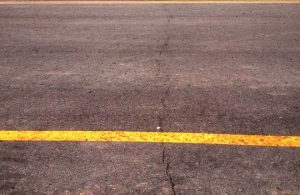 Cracks at the U4 taxiway in klia2.

AirAsia said ongoing repairs would be "operationally disruptive to a hub airline, such as AirAsia Group, which has about 400 aircraft movements in a day and at least 70 aircraft in its fleet in LCCT".

Acting Transport Minister Datuk Seri Hishammuddin Hussein had said on March 17 that Ikram had found the klia2 terminal to be safe.

Hishammuddin, who is also defence minister, said in its preliminary report, Ikram had recommended that minor cracks on the taxiway be repaired as per International Civil Aviation Organisation (ICAO) and Federal Aviation Administration (FAA) guidelines.

"In Ikram’s evaluation, which focused on safety aspects of the taxiway, apron, runway and the surrounding areas, they stated that there were no cracks on the runway, only minor ones on the taxiway," he said in a statement.

He said in their report, the consultants also confirmed that the terminal building was in good condition, although there were a few minor cracks on the structure, which needed immediate rectification.

"As for the surrounding areas, it was found there was land sinking in some places and these, too, needed to be rectified although they did not pose any safety risk to the airport’s users," he said.

Hishammuddin said the report was tabled at the cabinet meeting in early March, adding that the cabinet was also informed that the second phase of the evaluation of klia2 by IPC would be done on April 14.

Airport operator MAHB conducted a runway test last October using a Malindo Air Boeing 737-900ER at Runway 3 and called it a success as the plane did not hop during landing.

KUB Builders, a unit of government-linked KUB Malaysia, is the contractor of the RM268.8 million runway that is linked by the taxiway to the airport terminal.

In February, MAHB confirmed that the opening of Malaysia’s new budget terminal at Sepang could be delayed as two-thirds of the building failed fire and safety standards after an inspection in January.

According a statement from MAHB, Indah Water Konsortium Sdn Bhd, Sepang Municipal Council and the Fire and Rescue Department inspected the building in the last week of January and found that 65% of the main terminal did not comply with fire and safety standards.

There were cracks in a sewerage pipe outside the terminal and parts of the road and drainage are not fit for use. The authorities’ recommendation is essential for the issuance of the Certificate of Completion and Compliance (CCC) for the RM4 billion airport terminal.

MAHB said in a statement that it had failed to receive the CCC for the klia2 terminal building from UEMC-Bina Puri. 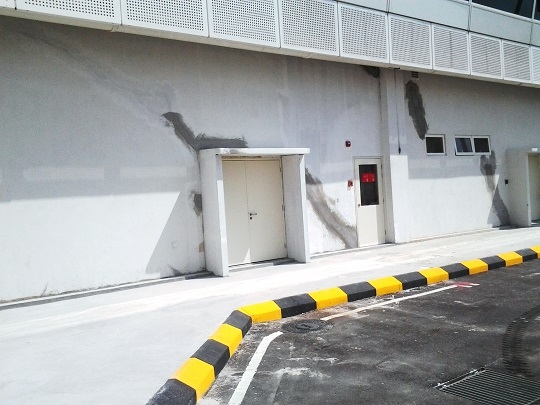 Remedial works to cracks in the terminal building at klia2.

The main contractor, UEMC-Bina Puri Joint Venture, had earlier assured that it would hand over the terminal building or CCC to the airport operator by January 31.

In a separate statement, UEM-Bina Puri confirmed it could not obtain the CCC by January 31 and said this was due to an “unexpected issue” which occurred during a follow-up inspection. – April 2, 2014.