After several delays, Kuala Lumpur International Airport 2, the controversial new low-cost carrier terminal is ready to start operations on May 2. 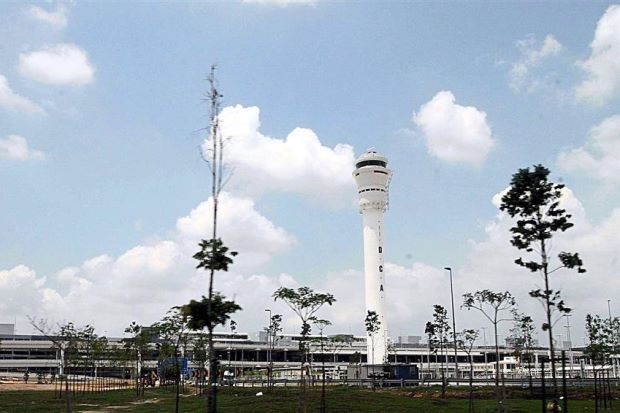 A photo of the newly built klia2 which will open on May 2.

Contractors and Malaysia Airports Holdings (MAHB) are working round the clock to ensure the RM4bil airport opens on schedule.

Contractors and workers were seen busy putting the finishing touches at the main terminal building.

A sea of luggage greeted us at the main terminal hall of the spanking new airport and Datuk Azmi Murad explained that 900,000 suitcases were provided by the contractor to test the system and to ensure the integrity of the system was intact. 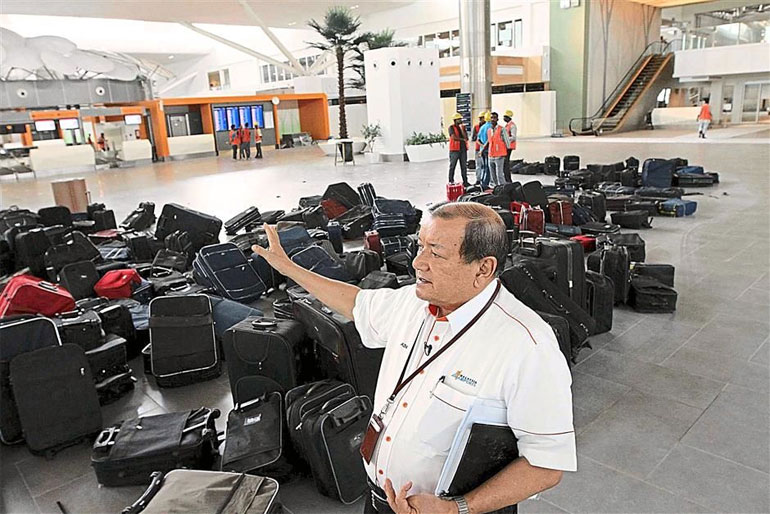 Azmi showing the 900,000 luggage bags used to test the system.

“These bags are packed with bricks and wood,’’ said Azmi, who is Malaysia Airports Holdings Bhd (MAHB) senior general manager for operation.

Azmi, who heads the Operational Readiness and Airport Transfer (ORAT) struggled to lift one of the bag to prove his point.

“We have been carrying out tests and trial runs since February and have gone through three levels of ORAT, he said, adding that last Sunday, they had 4,500 “passengers” to test the system.

“In terms of readiness, klia2 is 99% ready. We are ready to start and on May 2, we will move, with five airlines – Malindo Air, Cebu Pacific Air, Tiger Airways Singapore, Lion Air and Indonesia’s Mandala Airlines.

“They have lower flight frequency, so we can test the systems further with real airport operations. 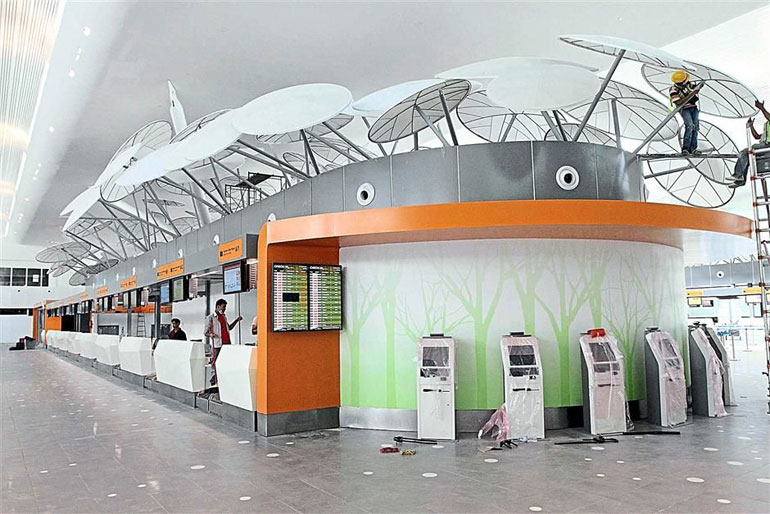 Kiosks and counters at the new low- cost carrier terminal ready for the KLIA open day.

By May 9, everyone else will join us including the Air Asia family,’’ explained Azmi.

He said that minor touch-up works would, however, continue long after the airport commenced operations, similar to when KLIA started its operations.

He added that the final stages of ORAT also involved familiarisation processes for airlines, ground staff, security, Customs, Immigration and even the public; to help them get acquainted with the terminal building, the new technologically advanced system, facilities and processes for smooth and seamless transition of all stakeholders from the old terminal to the new one.

Azmi, who has vast experience preparing airports for operation, had been involved in the KLIA project since 1998.

He explained that one of the biggest challenges with KLIA and its migration from the Sultan Abdul Aziz Shah Airport in Subang was that it was very IT based. 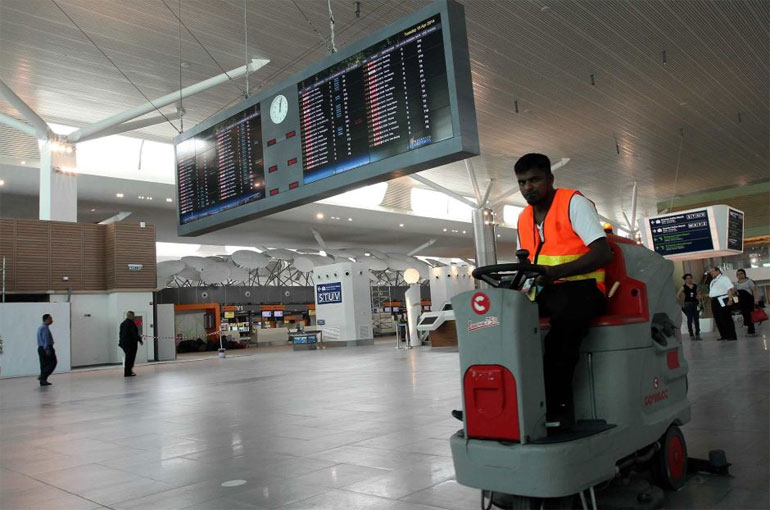 A worker polishing the floor at the facility in preparation for the opening.

“It was not easy integrating the baggage, ticketing and check-in counters with new technology, but we did it.

So with klia2, we are prepared for anything, if at all there is any glitch in the system, the airport operations will carry on,’’ he said.

“We are organising an open day on April 27, from 9am onwards to educate the public on klia2, and to introduce its facilities. The public will get to take bus rides along the runway and tarmac,’’ he said.

He said that suggestion boxes would be placed at strategic locations to encourage people to provide feedback and suggestions. 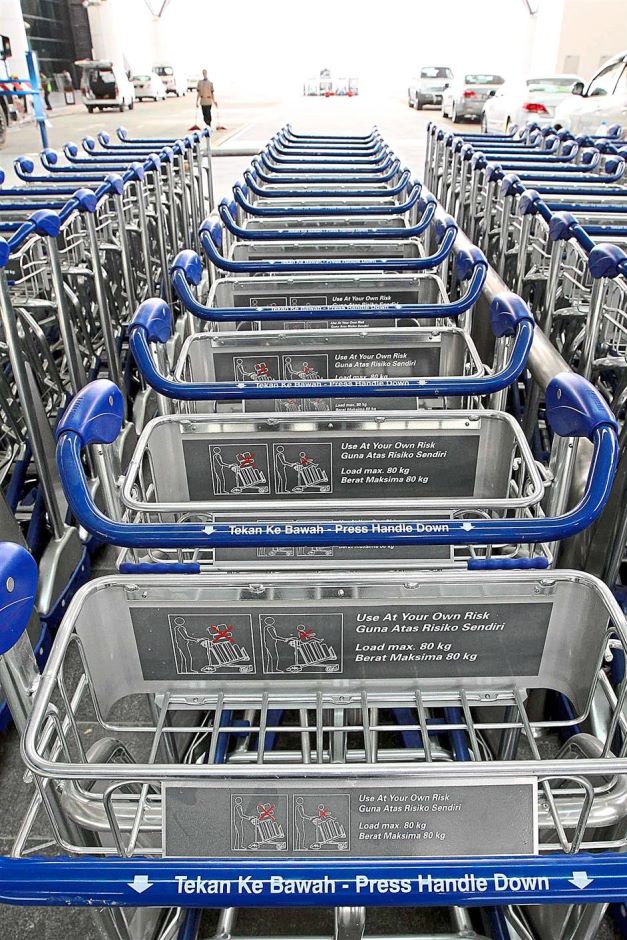 Shiny new luggage trolleys all lined- up waiting for operations at klia2.

“klia2 comes with special features and facilities such as its check-in counters which enables all airlines to process passenger information at any counters, unlike LCCT where each airline had its own designated counter,’’ he said.

The project that went up for tender in 2009 had an initial cost of RM1.9bil.

However, its delivery date was postponed several times due to various changes, causing some analysts to estimate the final cost to possibily hit RM4.5bil.