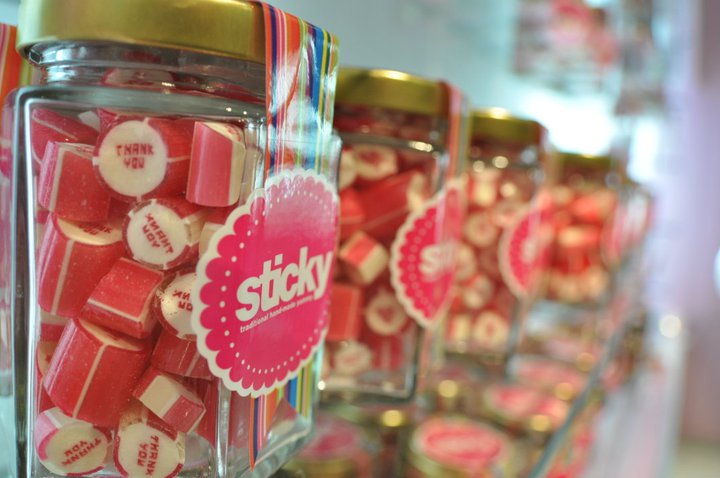 "The success of klia2 will take us to a very great height," Chew told SunBiz in an interview.

The yearly sales target is achievable, he said, provided that klia2, the new low-cost carrier terminal in Sepang, is open as scheduled in May this year.

"klia2 is not just an airport, but this is a shopping mall within the airport itself. The klia2 is a galloping horse, it has to come in," he said.

According to Chew, Angel Candies, the company that represents the Australian traditional handmade candies Sticky franchise in Malaysia, has spent almost RM1 million to open its new store at klia2, which includes a new shop kiosk concept.

Last year, its turnover has contracted to RM8 million, compare to RM9.2 million in the previous year.

Chew said the total annual cost is about RM6.5 million, including rental cost of RM1.8 million to RM2 million, raw material cost of RM3 million, as well as the human resources cost of RM1 million and the royalty fees of almost RM500,000.

All in all, the candy business generated profit of about RM1.5 million to RM1.8 million.

Malaysia is the second country, after Singapore, which successfully obtained the franchise from Sticky Australia.

However, Malaysia remains as the only country producing Sticky's rock candy that is certified halal.

Hence, Chew envisaged that Malaysia, being a Muslim country, has a real advantage to attract candy lovers from Saudi Arabia, Dubai and Brunei.

"From the marketing point of view, 'halal' is the word going forward. The Saudi Arabian and Bruneian, who trust our Australian and Malaysian quality, usually buy in bulk at our candy stores," he said.

Chew acknowledged that the trend has changed, as the foreign customers from these countries have been fewer within the last eight months, which somewhat "frightening", but hopes that the trend would change from buying candies in Singapore to purchasing candies in Malaysia due to foreign exchange.

"If AirAsia and Malindo Air are flying to these countries (Saudi Arabia, Dubai and Brunei), it will be good for us," he added.

"We are not stopping there. Besides klia2, we should be able to open another new shop in Kota Kinabalu, Sabah and hope to have a new kiosk in Kuantan by end of this year," said Chew.

In total, Angel Candies has allocated some RM2 million as capital expenditure this year, to expand its shops and kiosks.

Using the fully imported Australian made equipment, the skilled confectioners of Sticky are able to create personalized confectionery, including basic fruits designs, word of love, word of appreciations, cartoon characters and festival candies.

Chew recalled that the thought of having Sticky in Malaysia began sometime in March 2009, with him and his wife Angel Tan Ling Hui, exploring the possibility of obtaining a franchise from Sticky Australia, as the couple was fascinated by the colorful handmade rock candies and the way it was made.

"We wrote to several rock candy businesses in Australia and Sticky was the only one who responded which we then flew to Sydney and it was almost immediately the contract was signed off," he said.

Tan is the master confectioner and artisan of Sticky Malaysia, as well as the executive director of Angel Candies, the company named after her.

She attended her three months traditional handmade rock candy training and was personally trained by David King, the master of candy-making, who is also the founder of Sticky Australia.

To date, Tan remains as the one and only Malaysian lady who know how to make Sticky rock candies.

Not many people know that Chew and Tan also own PA'L Kurtos, a live-making bakery store that sells Hungarian chimney pastry cakes. The first and only PA'L Kurtos booth is located next to the Sticky booth in Paradigm Mall.

"We intend to compliment (Sticky and PA'L Kurtos) them together. We hope to expand with more PA'L Kurtos retail kiosks and we want our new shops to have a similar concept like this being live handmade," said Chew.

"The position is correct and we will see the synergy," he said.

The similar concept shared by both Sticky and PA'L Kurtos, Chew said, is allowing the customers to enjoy the "live-making show", as one is demonstrating live-making candy while another is live-making pastry.

"Making candies in front of the audience is always a fun especially the audience's expression reflections received upon their receiving a sample of warm candy freshly made. That's the happiest and most joyful moments that keep us going," he said.