The construction of the Kuala Lumpur international airport 2 (klia2) is among Malaysia's best achievements in the global arena, the Dewan Rakyat was told today. 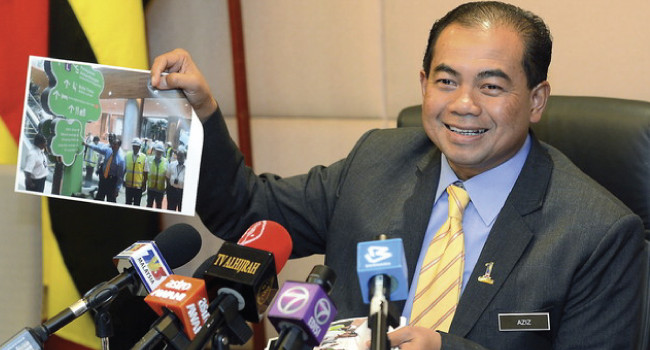 Deputy Transport Minister Datuk Ab Aziz Kaprawi said this was because the cost only entailed RM3.92 billion and it was completed in four years unlike other similar terminals elsewhere.

"Not only that, klia2 was also the fastest to be completed. Suvarnabhumi Airport in Bangkok took 4.75 years to be ready, Berlin's Brandenburg Airport is still under construction although nearly seven years has passed while Terminal 5, Heathrow and Hong Kong Airport each took six years (to be completed)," he said in reply to a supplementary question from Datuk Abdul Aziz Sheikh Fadzir (BN-Kulim Bandar Baharu).

Abdul Aziz had wanted to know if the government had been over ambitious as to costs and construction period of klia2 because completion was delayed.

To the original question from Sim Chee Keong (DAP-Bukit Mertajam), Abd Aziz had outlined the breakdown of costs for the construction of klia2 according to the main components, namely the terminal building, runway and related infrastructure where the total contract value awarded by Malaysia Airports Holdings Berhad (MAHB) was RM3.38 billion.

"For government assets needed for the operations of klia2, the total cost borne by MAHB was RM582 million (including additional roads for maintenance purposes, construction work on utilities and consultancy payment on government assets," he said.

These assets were the control tower and related equipment costing RM174 million and access roads (RM294 million), he said, adding that consultancy and other ancillary costs came up to RM114 million.

Sim had wanted to know the cost details and contractors and sub-contractors involved in the klia2 project.