Effective immediately, all employers are now compelled to pick up their foreign employees at the airport within 24 hours of their arrival and not within 72 hours as allowed previously. 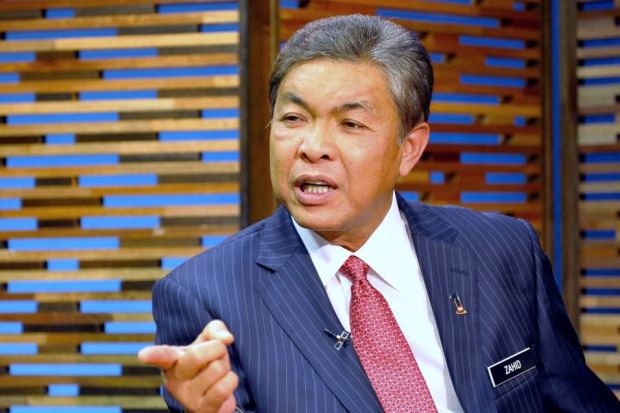 Home Minister Datuk Seri Dr Zahid Hamidi said failing to do so would result in the employees being deported to their countries of origin.

Speaking to reporters after visiting the Kuala Lumpur International Airport 2 (klia2) here Wednesday, the minister said the new ruling was part of the initiatives taken to reduce congestion at airports.

He said the government would also impose a bond on the employers to pick up their foreign workers within 24 hours, failing which they would be compelled to bear the deportation cost or face the risks of being blacklisted by the Immigration Department.

"Besides, we have also given our consent for the Malaysian Airports Holdings Berhad to implement the maximum transit period of 24 hours for passengers at airports. After the period, the airlines will be held responsible to take the transit passengers on their next flight," he said.

The minister said reports on transit passengers alleged to have stayed at airport terminal for 14 days were unacceptable as it would only cause congestions at airports and tarnish the image of Malaysian airports.

On klia2, Ahmad Zahid said since the peak hour at the immigration arrival counters at the airport was between 2 pm and 5 pm, additional counters would be opened during the period.

"The number of police personnel will also be increased according to the current requirement…no less than 100 additional security personnel will be stationed at klia2," he said.

"We are also in the midst of upgrading the immigration control system with chip-reader passport scanner for verification and with facial recognition system to prevent impersonators.

"The system will also be upgraded to scan foreign passports," he said.

The home minister said the Royal Malaysian Police would also work closely with Interpol to access the lost and stolen travel document system, which would be monitored in real time using the existing system, while having the international suspect list.

Besides, Ahmad Zahid said high-definition closed-circuit television cameras would also be installed at each immigration counter at klia2 and other locations nationwide.