Multimedia Development Corp's (MDeC) board of directors will convene this week to decide on who will succeed outgoing CEO Datuk Badlisham Ghazali who will take on the role of managing director at Malaysia Airports Holdings Bhd (MAHB) on June 23, 2014. 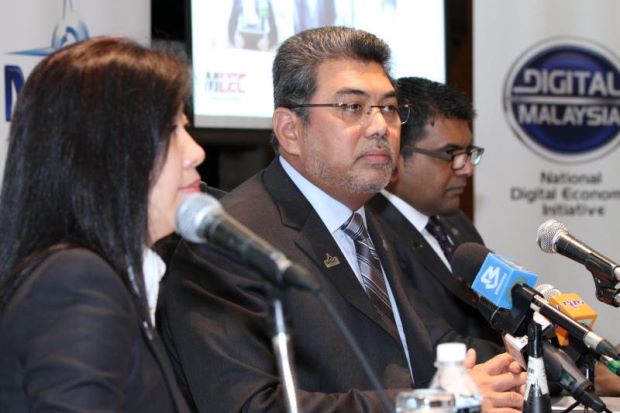 A source close to the matter told SunBiz that it is "likely to be a small management team".

"The board will decide on the succession process and plan," said the source.

Last Wednesday, MAHB announced that Badlisham will replace Tan Sri Bashir Ahmad Abdul Majid whose term expired on June 6, 2014. Bashir will remain as an advisor to the airport operator.

An online news portal reported that MDeC COO Ng Wan Peng will be the acting CEO until a successor is found.

At MAHB, the duties of the managing director in the interim will be covered by the executive committee under the supervision of MAHB board.

Badlisham said the challenges he will face at MAHB in terms of handling customers and regulators are the same as any government-linked organisation.

"It's making sure your organisation is managed successfully and it is a government-linked organisation so the issues surrounding customers, dealing with regulators, government stakeholders are the same," he told reporters at the sidelines of the VADS Virtual Private Cloud launch last Friday.

"First of all, let me congratulate Tan Sri Bashir for building a very strong organisation and a successful one, and of course he left a very strong team as well. From an operational perspective I'm very pleased to see how klia2 has actually opened and is being run. A lot of airports that have opened in the past have gone through other issues like in Thailand and other countries, so klia2 had some teething problems but overall it was a successful launch.

"My role there would be to see how much more I can enhance those opportunities moving forward for a great institution like MAHB," said Badlisham.

He said constant engagement with clients is important and he looks forward to understanding some of the issues surrounding klia2 in order to assist and add value to the company.

"And of course in implementing other services from regulators and other agencies, we're used to working with those government agencies in terms of seeing how we can add value rather than just asking them to do it because it takes two hands to clap. So that's something that I'm most familiar with," he added.