Safety concerns have been further raised following the discovery of cracks in the oft-delayed budget terminal klia2’s taxiway, apron and at least one aircraft bay, just weeks after the terminal building failed an inspection for fire and safety standards. 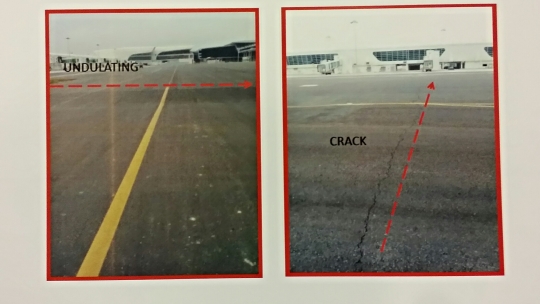 The Malaysian Insider obtained a set of photographs taken recently showing cracks and undulating surface in the taxiway leading to the 3.96km runway, apart from cracks in the aircraft apron and bay areas that could delay the budget terminal’s opening scheduled for May 2.

"The taxiway is crucial because as it is, there are more than 300 take-offs and landings in the current low-cost carrier terminal with fully loaded planes. Any cracks will be a safety concern for airlines landing there," a source told The Malaysian Insider.

Among the airlines said to be using the terminal will be AirAsia, AirAsia X, Cebu Pacific and Malindo Air, many of whom use narrow-body aircraft, such as the Boeing 737s and Airbus 320s.

But AirAsia X uses the wide-body A330s and A340s which carry heavier loads.

"The authorities have been told of the cracks and repairs could take some time, way beyond the May 2 opening day set by the Transport Ministry," the source added.

Airport operator Malaysia Airports Holdings Bhd (MAHB) conducted a runway test last October using a Malindo Air Boeing 737-900ER at Runway 3 and called it a success as the plane did not hop during the landing.

KUB Builders, a unit of government-linked KUB Malaysia, is the contractor of the RM268.8 million runway that is linked by the taxiway to the airport terminal. 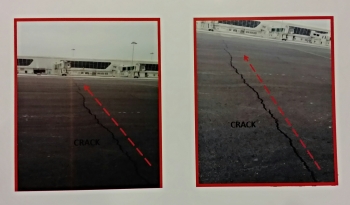 Aviation sources said budget airlines would be wary about using klia2 until the repairs are done, with one saying, "this could affect their 100% safety record, so carriers like AirAsia and Malindo Air will want full assurance as any accident is detrimental to their business."

"Some of the budget airlines have yet to decide whether they want to move in and use the budget terminal on May 2 until the authorities solve the safety concerns," another source added.

Earlier this month, MAHB confirmed that the opening of Malaysia’s new budget terminal at Sepang could be delayed as two-thirds of the building failed fire and safety standards after an inspection last month.

According a statement from MAHB, Indah Water Konsortium Sdn Bhd, Sepang Municipal Council and the Fire and Rescue Department inspected the building in the last week of January and found that 65% of the main terminal did not comply with fire and safety standards.

There were cracks in a sewerage pipe outside the terminal and parts of the road and drainage are not fit for use. The authorities’ recommendation is essential for the issuance of the Certificate of Completion and Compliance (CCC) for the RM4 billion airport terminal.

MAHB said in a statement that it had failed to receive the CCC for the klia2 terminal building from UEMC-Bina Puri.

The main contractor, UEMC-Bina Puri Joint Venture, had earlier assured that it would hand over the terminal building or CCC to the airport operator by January 31.

In a separate statement, UEM-Bina Puri confirmed it could not obtain the CCC by January 31 and said this was due to an “unexpected issue” which occurred during a follow-up inspection.

The Star newspaper said earlier this month that rectification works would take about three to four weeks to complete despite another test by the Fire and Rescue Department this month, adding that any delay in getting the building certified fit would have an impact on the opening of the airport.

“There have been so many promises and assurances given by the contractors, yet they failed to get the CCC. There are now concerns if they can even obtain the CCC by the end of February,” an industry source told The Star.

The airport terminal has faced almost a year of delays that has led to a war of words between its main client, AirAsia founder Tan Sri Tony Fernandes, and acting Transport Minister Datuk Seri Hishammuddin Hussein.

Hishammuddin said over the weekend that interested parties should cease finger pointing but to put national and the people’s interests first by meeting the stipulated operational date.

"They themselves picked the date, not the government, because it is a private commercial venture. So, they must be responsible even if they disagree.

"I had been promised the operational date of May 2 can be met," he said when met by reporters in Kajang on Sunday.

A day earlier, Fernandes took to his Twitter account to hit out at MAHB and Hishammuddin over klia2’s ballooning cost and airport taxes.

Fernandes tweeted: “Let’s be clear. Malaysian Airports is a monopoly. My concern is making sure they keep costs down for the Malaysian public.

“We created low-cost travel. We did not ask for a 4 billion (ringgit) terminal that is 3 years late. The present terminal LCCT costs RM250 million.” 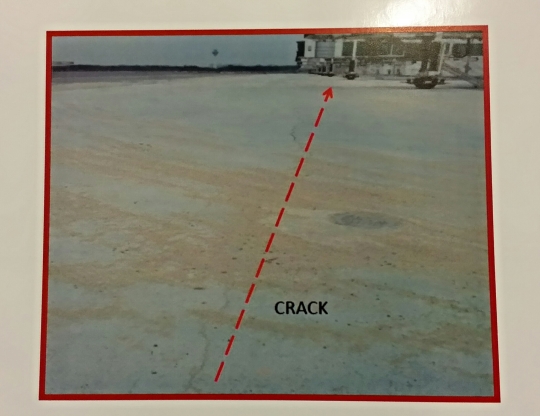 klia2 has missed several deadlines for opening with the last one scheduled for April 30 before being moved to May 2. – February 26, 2014.